After a social media user trolled Taimur Ali Khan by saying he was starving, Bollywood actress and his mother Kareena Kapoor replied back.

"In fact, he seems to be eating a lot these days."

Popular child star Taimur Ali Khan was trolled by a social media user, however, Kareena Kapoor saw it and gave a great reply.

Fans love to know every detail about the toddler’s life but there are some people who want to say cruel things.

This unnamed social media user had stated that Taimur is starving to death and called out Kareena for being a bad mother.

Kareena was on Arbaaz Khan’s online chat show Pinch when he showed the online comment to the actress which read:

The actress had an apt response for the hater and said:

“Bhuka kya marr raha hai? In fact kuch zyada hi kha raha hai aajkal, mota lag raha hai.” [What dying of hunger? In fact, he seems to be eating a lot these days. He has started to look fat.]

The actress, who is married to actor Saif Ali Khan, also discussed her concern over the growing paparazzi culture in India. 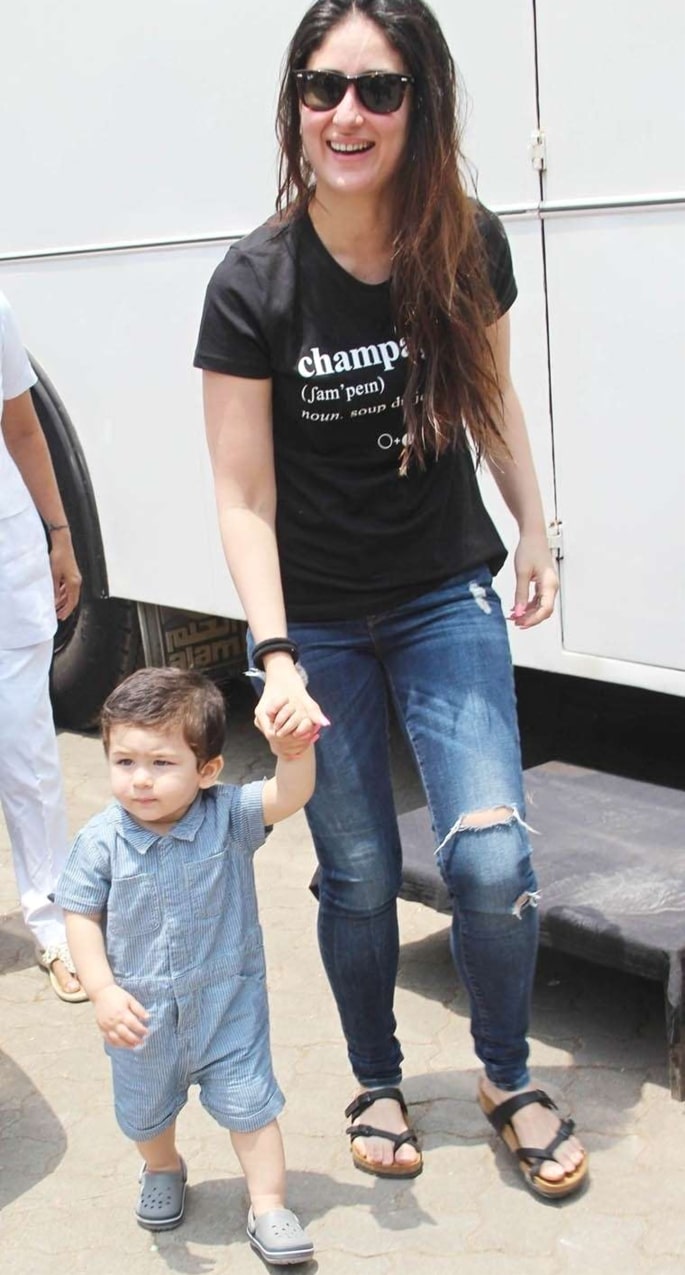 She condemned those who are constantly trying to get an insight into Taimur’s life and believes that they sometimes cross the line.

Kareena said: “Looking at the media, looking at those lights, wondering what the media is doing. Sometimes they cross the line especially when it comes to Taimur.

“What he is eating? Where is he going? The media is constantly following him. Once in a while, it is fine, but every day?”

She wondered how people could be so interested in Taimur’s life despite him only being two-years-old.

“You know every day there is a picture of Taimur and Saif because he goes to the gym with Saif.”

“So once in a while, it is fine but every day what is the reason that you see this child?

“He is just a two-year-old kid. One should allow that person to live his life.”

Kareena was aware of the trolls who direct hate towards Taimur prior to appearing on Pinch.

Arbaaz Khan’s chat show aims at looking at hateful posts directed at his celebrity guests and what they have to say to them.

After shutting down the troll who targeted her son, Kareena is focused on her future roles such as historical drama Takht.

Dhiren is a journalism graduate with a passion for gaming, watching films and sports. He also enjoys cooking from time to time. His motto is to “Live life one day at a time.”
Kalki Koechlin says Workshops Important for Intimate Scenes
YouTube star Lilly Singh gets Her Own TV Talk Show