The wait is almost over for the highly-anticipated awards night, the Filmfare Awards 2020. Find out who has been nominated for 2020.

India’s most awaited awards night, the Amazon Filmfare Awards 2020 is set to bring all the glamour to the nation.

The award show will be held in Guwahati on February 15, 2020. This is the first time in six years that the Filmfare Awards will be held outside of Mumbai.

The highly-anticipated nominations for the upcoming 65th Amazon Filmfare Awards 2020 have been announced.

The list of nominations was officially confirmed at the Filmfare Technical Awards night at an uptown five-star hotel.

It was a star-studded awards night with an array of Bollywood celebrities in attendance as well as some of the biggest names in the fraternity.

Neha Dhupia took over hosting duties for the award night and had the audience in the palm of her hands with her witty sense of humour.

The stars were bought together under the same roof while the Technical Awards were awarded to the deserving winners.

This was followed by the announcement of the nominations in 19 key categories.

During the award night, team Kabir Singh (2019) and Sonchiriya (2019) ignited the crowd as they applauded and cheered for those who were also not a part of their teams.

The nominations highlight a diverse range of films for the 2020 awards. The award show is set to celebrate the most loved films of 2019. 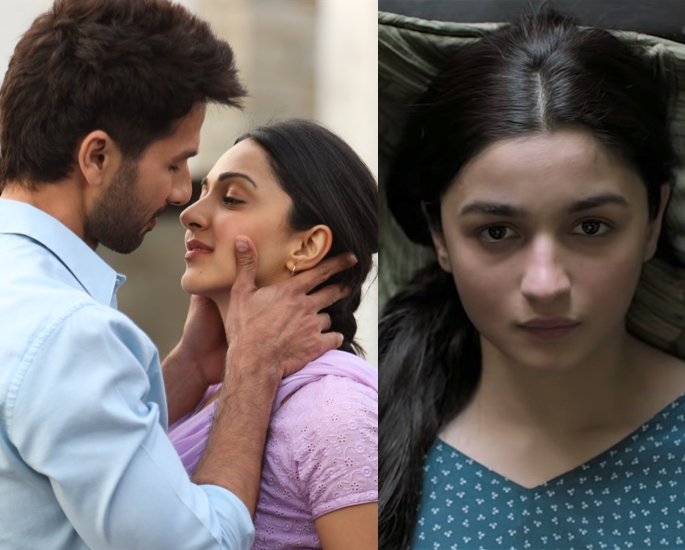 Zoya Akhtar’s Gully Boy (2019) is looking to dominate the primary categories with Siddhant Chaturvedi and Vijay Varma both in line to win Supporting Actor Male.

Alia Bhatt, who won Best Actress 2019, is back once again as she is up against the likes of Kangana Ranaut, Kareena Kapoor Khan, Priyanka Chopra and more.

Here is the full list of nominees for the Filmfare Awards 2020:

Priyanka Chopra – The Sky is Pink

Zaira Wasim – The Sky is Pink

Ananya Pandey – Student of the Year 2

Tara Sutaria – Student of the Year 2

The Sky is Pink – Shonali Bose

The Amazon Filmfare Awards 2020 is certainly going to be a glamorous night to remember. DESIblitz wishes all the nominees the best of luck.

Ayesha is an English graduate with an aesthetic eye. Her fascination lies in sports, fashion and beauty. Also, she does not shy away from controversial subjects. Her motto is: “no two days are the same, that is what makes life worth living.”
Disha Patani talks ‘Underwater Kissing Scene’ in Malang
SRK’s next Film a remake of Korean Movie ‘A Hard Day’?