SRK’s next Film a remake of Korean Movie ‘A Hard Day’?

Shah Rukh Khan has been keeping fans eagerly waiting for his next film announcement. Is the wait finally over with the remake of ‘A Hard Day’?

Red Chillies Entertainment will be making the film soon."

Superstar Shah Rukh Khan (SRK) is reportedly set to embark on his latest venture with a remake of the Korean film, A Hard Day (2014).

Fans of SRK have been eagerly waiting for King Khan to grace the big screen once again.

The actor has remained away from the silver screen since 2018 after a string of failures at the box office including Jab Harry Met Sejal (2017) and Zero (2018).

On his 54th birthday on November 2, 2019, SRK had promised fans that he will be announcing his next film soon.

However, the actor has continued to make his fans wait and it seems they are running out of patience.

On Twitter, the hashtag ‘#WeWantAnnouncmentSRK’ started trending furiously urging Shah Rukh Khan to confirm his next project but he continued to remain quiet.

Previously, according to a report in Bollywood Hungama, it was revealed that SRK has received numerous film scripts. The source said:

“Shah Rukh Khan had around 30-35 solid offers that he was considering seriously.”

The source continued to mention that SRK “found what he was looking for” with director Rajkumar Hirani.

The report went on to state the film would be a “social comedy” and will be “relevant to what’s going on around us. But not too controversial.”

Despite reports suggesting SRK’s next film will be an original story, according to a report by Pinkvilla, he has now bought the rights to the Hindi remake of the Korean film, A Hard Day (2014).

The Korean film follows the story of a corrupt homicide detective (Lee Sun-Kyun) who accidentally kills a homeless man with his car.

To cover up his murder, he tries to hide the body in his mother’s coffin on the day of her burial.

“So much so that he got his team to buy the Hindi adaptation rights for the film at a good price.”

“If all goes well, his production house Red Chillies Entertainment will be making the film soon.”

There has been no confirmation of this by the man himself and it is unclear whether SRK will be starring in the film or only taking the producer’s seat.

It seems the wait for SRK fans to see him star on the big screen continues.

Watch the Trailer to A Hard Day Here 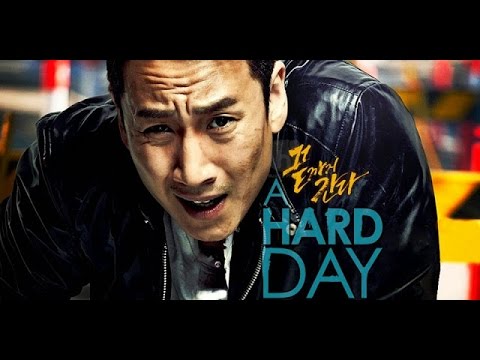 Ayesha is an English graduate with an aesthetic eye. Her fascination lies in sports, fashion and beauty. Also, she does not shy away from controversial subjects. Her motto is: “no two days are the same, that is what makes life worth living.”
Filmfare Awards 2020 Nominations
Hina Khan opens up about Her Stalker Ordeal