Bollywood actor Shah Rukh Khan candidly spoke about his desire of wanting his next film to be a “kick-ass action film”. Let’s see what SRK said.

“I am the employee of the audience"

The king of Bollywood, Shah Rukh Khan (SRK) revealed he wants to star in “a kick-ass action film” next on BBC Talking Movies with host Tom Brook.

During the interaction, SRK had the audience captivated as he spoke about his achievements, fails and legacy.

Shah Rukh Khan’s career has spanned over decades. The Badshah of Bollywood has starred as a romantic hero, in comedic roles, as an antagonist and more.

SRK has successfully entertained audiences with his exemplary performances. There is no denying his incredible versatility.

Tom Brook asked SRK whether there was a particular role that defined him as an actor. SRK replied saying:

“I didn’t think of myself as someone who could be a typical Hindi movie star. So I somehow got in tune with that, you know, I should play some bad guys. Maybe then I’ll be accepted.”

Despite the actor’s legendary films, recently Shah Rukh Khan’s films have failed at the box office. 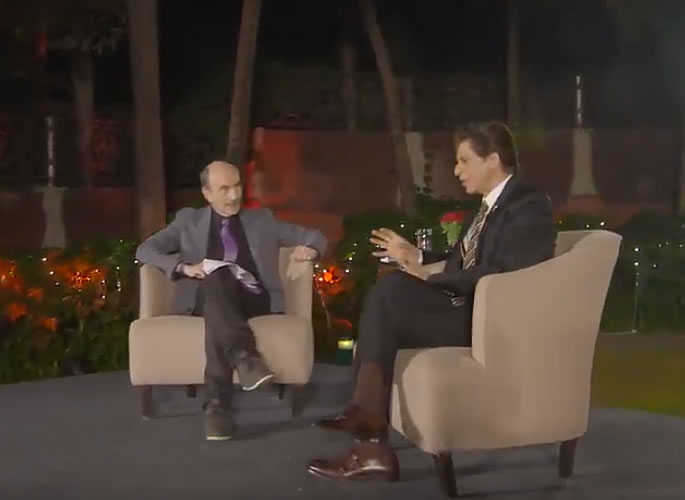 SRK was asked for his thoughts concerning his recent string of failed films. He explained:

“Effort, goodness, happiness doesn’t make a good film. You have to tell a good story. I think we just made bad films. It’s as simple as that.”

He continued to explain his perception of his relationship with his audiences. He said:

“I am the employee of the audience and if I can’t make my boss happy, I’d be fired from the job.”

Despite the star’s bad run at the box office, he is optimistic his fans will give him another chance. he said:

“So, a couple of times in the last two years I’ve been fired from the job. They’re going to give me a chance again. I’ll come back and I’ll get my boss on my side.”

SRK was also asked if getting older in the entertainment industry has affected the roles offered to him. He humorously said:

“I would like to set the record straight for BBC Talking Movies I am not old. Don’t do fake reporting.

“No, I don’t think so, I think I am very fortunate that when I started off because of being unconventional.

“I think I didn’t get or I don’t get typecast for too long. I think I have been getting very interesting roles.

“Sometimes I make good choices according to what I personally feel like doing, like comedy and I’ll do it.” 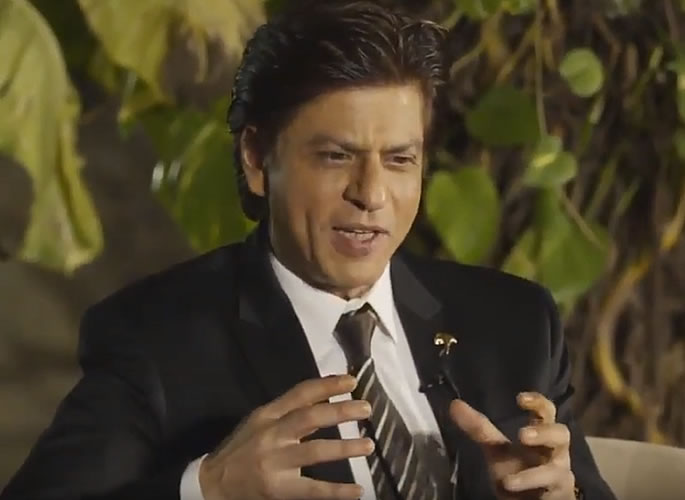 Shah Rukh Khan went on to reveal that he is eager to star in an action film next. He said:

“So I really want to, my six-pack has failed, nothing that makes people look or feels like I’m the macho guy.”

He explained what it is about an action film that excites him. He stated:

“There’s one thing, the deep voice, speak very little, walk into a room and shoot before you say ‘hi.’

“Then you ride a motorbike, high-speed hair flying, dark glasses and chew gum. That’s what I want to do.”

SRK was asked what he would want his legacy to be, concerning what he wishes to pass on to the younger generations. He explained:

“If I can pass on the culture of immense hard work with a lot of humour. If you can wear your success, like I always say, like a T-shirt, not like a tuxedo.

“That you worked hard, you enjoyed yourself, gave a few good laughs and if it makes you a star, so be it.

“Wear it on your sleeve, wear it like a T-shirt if it doesn’t make you a star at least you tried and you worked hard. Enjoy yourself.”

In addition, the actor jokingly spoke about his lack of dancing talent which shocked many. He said:

“I’m such a nincompoop. I have four-five left feet. I’m really pathetic.

“Of course they save me the choreographers and the directors and the actresses that I work with.”

We hope to see Shah Rukh Khan back on the big screen with a bang in a kick-ass action film which will be a hit at the box office. 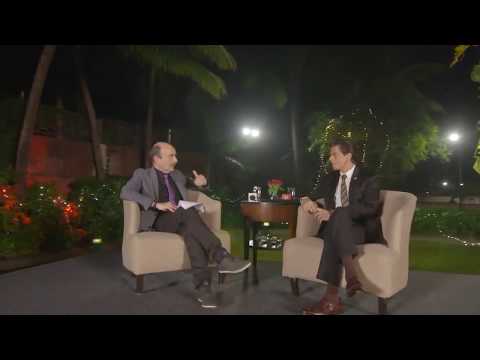 Ayesha is an English graduate with an aesthetic eye. Her fascination lies in sports, fashion and beauty. Also, she does not shy away from controversial subjects. Her motto is: “no two days are the same, that is what makes life worth living.”
Salman Khan received a Bomb Threat at his Galaxy Apartment
Did Aishwarya Rai bleed during filming ‘Dola Re Dola’?