SRK says He was Once Arrested and Put in Jail

Superstar SRK discloses a very shocking story while in conversation with American host David Letterman that he was once arrested.

Shahrukh Khan (SRK) revealed he spent time in jail when he appeared on a special episode for Netflix with the well-known American host, David Letterman.

During the chat show, My Next Guest Needs No Introduction with David Letterman, SRK disclosed numerous interesting facts about his life.

He shared details regarding his family, how he became a successful actor, achieving his aspirations to some unknown phases of his life.

Yet, the most shocking revelation was the fact that Shahrukh Khan was arrested during his early days in the film industry. He had to spend a few hours confined in a prison cell.

In the hour-long interaction, SRK remembered his fight with a magazine editor. The alleged editor had published fabricated and insensitive stories regarding him and a co-star.

Upon reading the article, SRK felt troubled about the speculations. He explains:

“I was new (in the film industry), so I used to react to every news item, whatever appeared. And thankfully, there were no social media back then. Just the magazines and stuff. 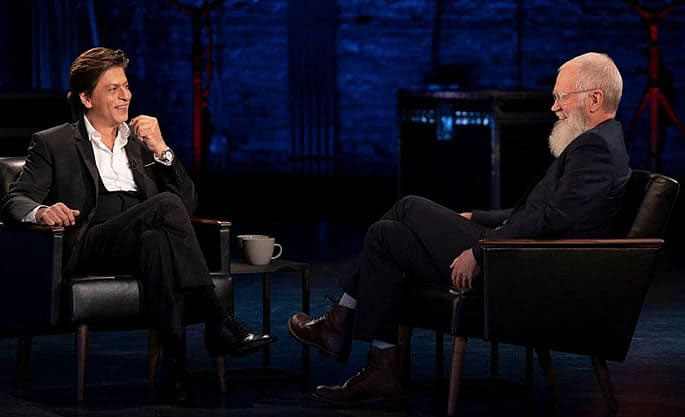 The actor continued to mention how his anger took over, saying:

“I got very angry and I called up the editor and I said, ‘you wrote this.’ He said, ‘but listen can you just take it … it’s just a joke.’

SRK recalled screaming and threatening people with physical violence. As a result of his actions, he was arrested.

SRK went on to describe the moment the police came to arrest him. He said:

“I was shooting a film and the cops came. They sat down very sweetly and said, ‘we have a few questions to ask you.’

“I said, ‘do you want me to pack and we can chat in my car?’ Because I always assume anyone who meets me is a fan (laughs). They said, ‘no, we want you to come in our car.’”

Shahrukh Khan continued to describe the condition of the prison cell. He said:

“It was a small little prison. With all, you know, human faeces and ugh … it was really bad.”

After he was released on bail, SRK called the editor saying:

“Now I’m in jail and I’m not scared. Now you be very scared.”

The episode featuring SRK on My Next Guest Needs No Introduction with David Letterman is available on Netflix.

Ayesha is an English graduate with an aesthetic eye. Her fascination lies in sports, fashion and beauty. Also, she does not shy away from controversial subjects. Her motto is: “no two days are the same, that is what makes life worth living.”
Ileana D’Cruz clears air on ‘sex has nothing to do with love’
Disha Patani to play Ekta Kapoor in KTina?