Salman Khan received a Bomb Threat at his Galaxy Apartment

Salman Khan received an anonymous bomb threat at his Galaxy Apartment in Bandra. Police evacuated the residence and later discovered something shocking.

"We tracked the culprit through technical intelligence"

Bollywood actor Salman Khan was allegedly under threat concerning a bomb blast at his Galaxy Apartment in Bandra, India.

An email was sent to the Bandra police on December 4, 2019, stating a bomb was scheduled to explode at Salman’s residence.

According to a report by Hindustan Times, the alarming email read:

“Bandra me Galaxy (Apartment), Salman Khan ke ghar par agle 2 ghante me blast hoga. (There will be a blast at Galaxy Apartment, Salman Khan’s house in the next two hours).

Alongside the officers was the bomb detection and disposal squad (BDDS). Salman Khan was not present at his Galaxy Apartment when the police force arrived.

Upon arrival, the police evacuated the Khan family from the residence: his parents Salim and Salma Khan and sister Arpita were asked to leave the residence. 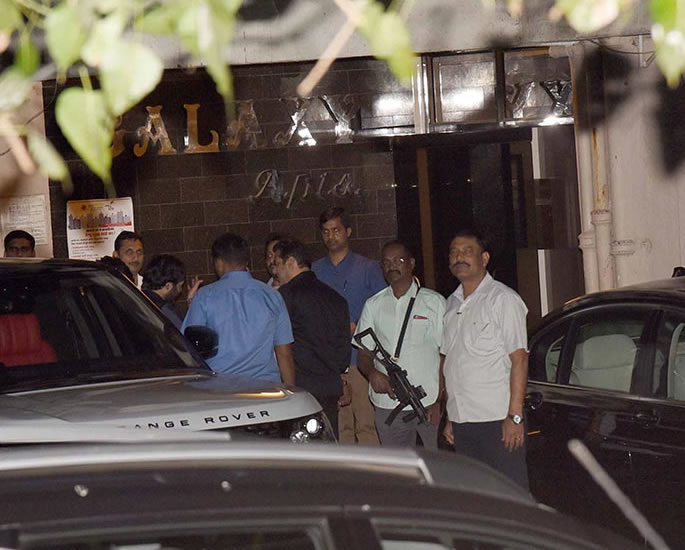 An officer from Bandra police stated how the BDDS examined the Galaxy Apartment for hours. The official said:

“We checked every nook and corner of his (Galaxy) apartment and the building which took us around three to four hours. Only after that, the family was shifted back to their apartment.”

Shortly after the police discovered it was a hoax. This led them to track down the culprit. Senior inspector Hiremath stated:

“Once we discovered the threat was a hoax, we tracked the culprit through technical intelligence and found that it was a minor boy from Ghaziabad. Accordingly, a team was dispatched to Ghaziabad.”

It was discovered that the email was sent from a 16-year-old boy from Ghaziabad, Utter Pradesh. The boy was preparing for his Common Law Admission Test (CLAT).

Reportedly, someone advised the boy that if he wanted to escape the police he must hide in Tis Hazari Court.

The police approached the boy’s elder brother and explained the case to him. This led to the teenager handing himself to the police. The police official added:

“The teenager came to the police station and we produced him before the juvenile court.

“We filed a final report (charge sheet) against him (for non-cognisable offence) after which the court allowed him to go.”

The reason behind the hoax email on the Galaxy Apartment is still unknown, however, Salman Khan and his family are safe.

Ayesha is an English graduate with an aesthetic eye. Her fascination lies in sports, fashion and beauty. Also, she does not shy away from controversial subjects. Her motto is: “no two days are the same, that is what makes life worth living.”
Netflix’s Ghost Stories Trailer shows Dark & Sinister Thrillers
SRK says He wants to do a ‘Kick Ass Action Film’ Next