The English Premier League is set to make its long awaited return for the 2016/17 season. DESIblitz has everything you need to know ahead of kick-off.

The Premier League is returning bigger and better than ever before.

It is argued that the Premier League is the best football division in the world. And it is returning bigger, better, and more competitive than ever before.

Despite last season providing viewers with one of the most memorable years ever in English football, 2016/17 promises to bring even more drama and excitement.

DESIblitz has everything you need to know ahead of the first kick-off of the new Premier League season. 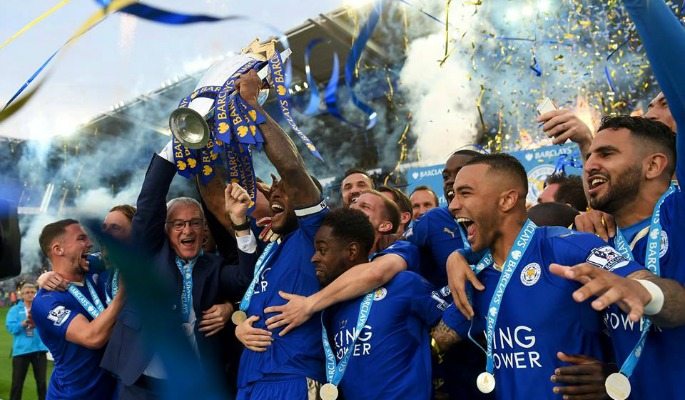 The 2016/17 Premier League season has much to live up to after last year’s intense drama.

Leicester City shocked the footballing world by winning the English Premier League title against all odds.

After winning the league by a huge 10 points, Leicester ended the dominance of the ‘traditional big teams’.

That will give massive confidence boosts to the so-called ‘lesser sides’, and means that the 2016/17 English Premier League will surely be more exciting than ever.

In their attempt to regain dominance, some of the ‘traditional big teams’ have appointed new and well established managers. 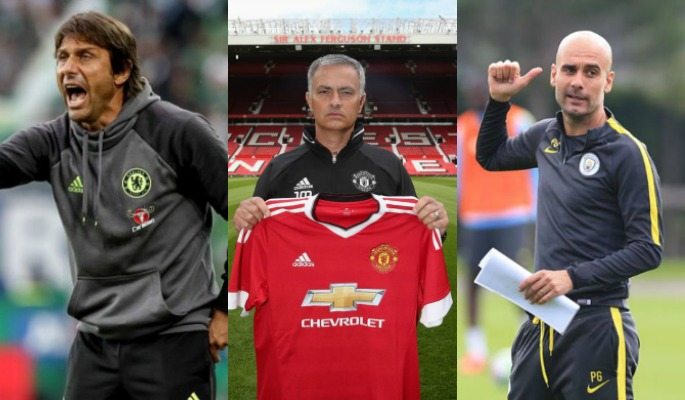 Meanwhile, former Barcelona and Bayern Munich manager, Pep Guardiola, has joined Manchester City. The club will be hoping that Guardiola is able to win his third different domestic title, after his triumphs in Spain and Germany respectively.

Jose Mourinho returns to the Premier League in 2016/17/. But this time ‘The Special One’ is in charge of Manchester United, after being sacked by Chelsea last year.

If you add Tottenham’s Mauricio Pochettino, Everton’s Ronald Koeman and West Ham’s Slaven Bilic, the 2016/17 Premier League is essentially a division for the World’s finest managers. 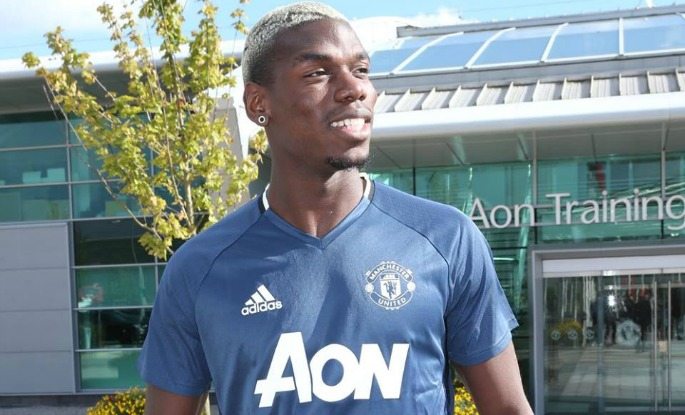 The English transfer market remains open until August 31, 2016. But it is unlikely that any transfer this year will better Paul Pogba’s world-record £89 million move to Manchester United.

United fans are excited by Pogba’s return to the side he left for free at the age of 19. He will link up with Zlatan Ibrahimovic and Henrikh Mkhitaryan in a strong Man United line-up. Sunny says:

“Mourinho is a top manager and United is a top club. Pogba has his whole career ahead of him, and Mourinho will make him one of the World’s best players. With Pogba and Ibrahimovic, Man United will be feared again.”

After years of desperate pleas from fans, Arsene Wenger is investing in his side. Arsenal have signed defensive midfielder, Granit Xhaka for a fee of around £33 million. But club spending may not be over, with Arsenal looking to sign a central defender and forward.

After winning the Premier League with Leicester, N’Golo Kante has joined Chelsea for £32 million. Jurgen Klopp has spent around £70 million on his Liverpool revolution, most notably signing Sadio Mane from Southampton.

Manchester City meanwhile have now spent over £100 million this summer. They have so far signed John Stones, Ilkay Gundogan, Leroy Sane and Nolito. But that may not be the end of Pep Guardiola’s overhaul.

Portugal ran out winners of the 2016 European Championships after beating the host nation, France in the final.

Southampton’s Portuguese duo, Jose Fonte and Cedric Soares, will be full of confidence after being a part of the winning Portugal squad.

However, many Premier League players will be looking to put their International disappointment behind them.

But England suffered a humiliating last 16 defeat to Iceland in Euro 2016. So will they be able to replicate their amazing performances of last season?

Tottenham fan, Aman, believes his Spurs team will not be suffering from a Euro 2016 hangover. He says: “Spurs players will bounce back from their International disappointments. If anything, Eric Dier and Kyle Walker were England’s best players.”

Tottenham travelled the furthest distance [around 22’500 miles] to complete their pre-season tour. It was worth it however, as their trip included a 6-1 win over Inter Milan.

Watford meanwhile, travelled the least. Their pre-season tour was just over 1’500 miles, and could mean that they are the freshest to begin the Premier League season. 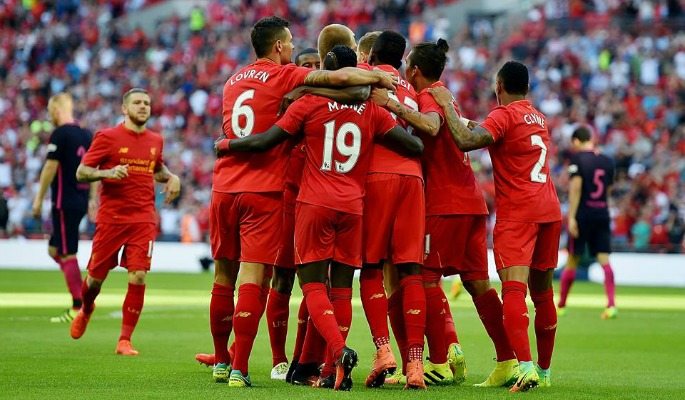 Liverpool played the most pre-season matches (9), and also racked up the most wins. The Reds won 6 games, including a 4-0 thrashing of Barcelona in front of a sell-out Wembley crowd.

Their transfers and pre-season has Liverpool fans excited. Lovepreet says: “Our Summer signings have been quality and within limit. Liverpool should achieve a Top 4 finish this season as they have looked dangerous in pre-season.”

The two Manchester Clubs competed in the fewest amount of games during pre-season, both teams only played 3 fixtures. City were meant to face United in China, but the match was cancelled due to the poor weather.

However, Manchester United were a part of the traditional Premier League curtain-raiser. United beat Leicester 2-1 in the Community Shield, with new signing, Zlatan Ibrahimovic, scoring a late winner. 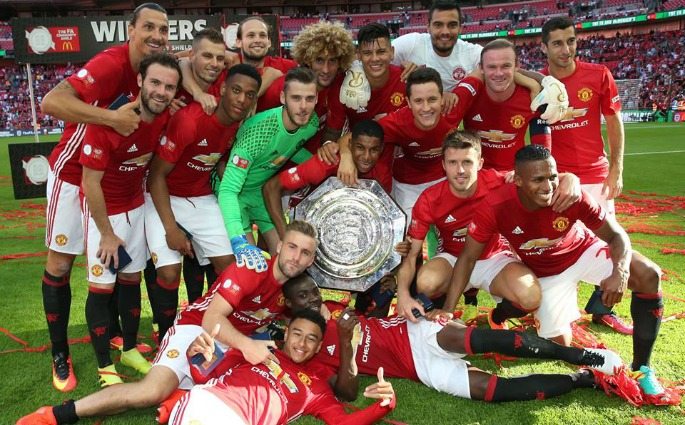 Southampton were the only Premier League team to enjoy a perfect pre-season. The Saints won all 5 of their fixtures under new manager, Claude Puel.

Andre Gray of Burnley enjoyed a prolific pre-season. He scored 9 goals in Burnley’s 4 wins and 2 draws to prepare them for life back in the Premier League.

Liverpool will play their first three Premier League fixtures away from Anfield due to expansion work on the stadium. 8’500 seats are being added to the Main Stand.

This season, Spurs will play their domestic fixtures at White Hart Lane, but their European matches at Wembley.

West Ham United have now moved in to the Olympic Stadium. Their first fixture there was an entertaining 3-2 defeat to Juventus. But it is sure to host much more drama over the coming 2016/17 Premier League season. 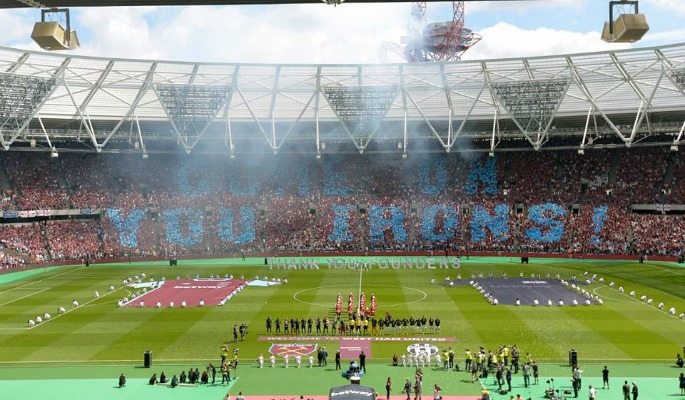 Amo says: “One of the Manchester teams will win the league, with the other coming second. The other two Top 4 places will be fought between Arsenal, Chelsea and Liverpool. Forget last season, it’s as you were.”

But following Leicester’s title triumph, every team will be going in to the latest Premier League season with renewed confidence.

Predicting who will win the 2016/17 Premier League is more uncertain than ever. But one thing is for sure, there will be more drama and excitement than ever before.

Combining the world’s best players and managers and putting them into England’s finest stadiums can only lead to great entertainment.

Do you still doubt that the Premier League is the best league in the world?