As the 2017 Indian Super League edges ever closer, DESIblitz reminds you of 5 of the best former Premier League players to play football in India.

“I never thought I could bring such happiness to the people here in India.”

But do you remember any of the previous former Premier League players to play football in the Indian Super League?

Since the ISL began in 2013, footballers from all over the world have come to India. And some of the best performing ISL players are those who have experience in the English Premier League.

So with ex-stars of Arsenal, Chelsea, Manchester United, and Liverpool appearing in the ISL, which players make our Top 5?

DESIblitz brings you 5 of the best former Premier League players to play football in India.

With 99 ISL appearances, and over 350 International caps between them, can you remember them all? 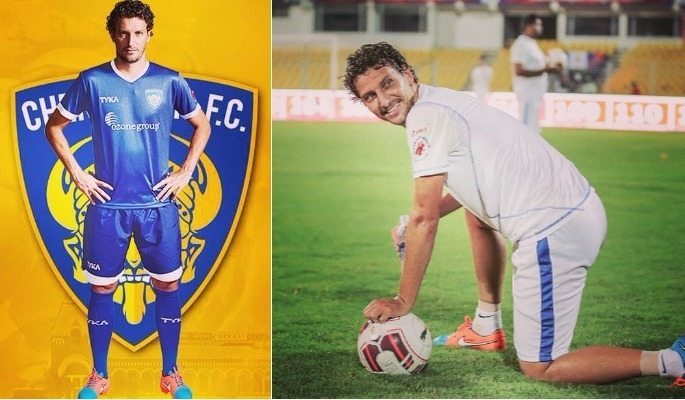 But the Chennaiyin hot-shot made 62 appearances for Manchester City between 2007 and 2009.

Scoring 14 goals for the free-spending Citizens was not enough for him to keep his place as he was sold to Galatasaray in Turkey.

Elano rebuilt his career in his homeland, Brazil, before bringing his sublime technique to India. The attacking-midfielder made 26 appearances for Chennaiyin in 2014 and 2015, scoring 12 goals.

And it was his first season with the side, in 2013/14, which was particularly impressive. Elano’s 8 goals made him the 2013 Indian Super League Golden Boot winner.

Speaking about his contribution to Indian football, Elano says: “I never thought I could bring such happiness to the people here in India.” 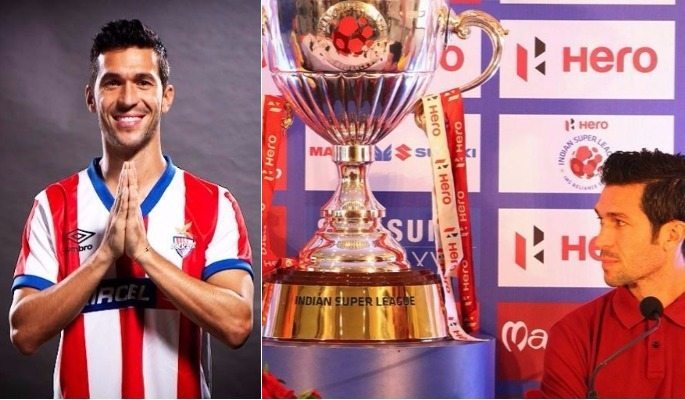 Another former Premier League player to bring entertainment to the opening edition of the Indian Super League is Luis Garcia.

Garcia helped Atletico de Kolkata to win the inaugural Indian Super League in 2013, before being named the ‘Most Exciting Player of the Season’.

Before his time in India, Garcia was a Liverpool FC player. Between 2004 and 2007, the Spaniard made 77 appearances for the Reds, scoring 18 goals.

The midfielder helped Liverpool to win their historic fifth European Cup in Istanbul, 2005. During his time with Liverpool, Garcia also won the 2005 European Super Cup and the 2005/06 FA Cup. 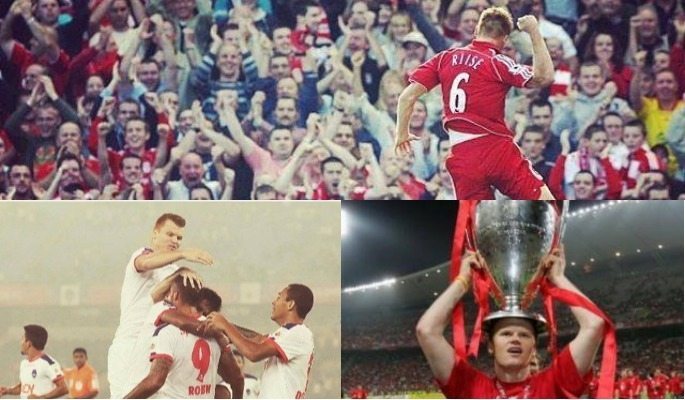 Once upon a time in England, John Arne Riise and Luis Garcia were teammates at Liverpool FC. But in the Indian Super League, the former Premier League players have different allegiances.

While Garcia was a part of the Atletico de Kolkata side, while Riise played for their title rivals Delhi Dynamos and Chennaiyin FC, respectively.

The attacking Norwegian left-back made 234 appearances for Liverpool, beginning with a successful debut against Bayern Munich.

Making his first appearance for Liverpool, Riise scored in a 3-2 win over Bayern in the 2001 European Super Cup. 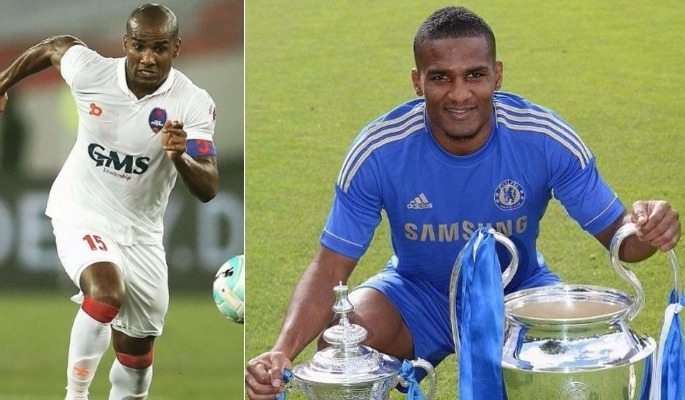 Florent Malouda and Riise were on the same pitch as each other in the 2008 UEFA Champions League semi-final.

Riise scored an unfortunate last-minute own goal to give Chelsea, and Malouda, a 4-3 aggregate win. Chelsea, though, lost the final on penalties to Manchester United after a 1-1 draw.

Malouda made 149 appearances for Chelsea between 2007 and 2013, winning several major titles. He won one Premier League and Champions League trophy, as well as three FA Cups during his time in London.

The midfielder was named the 2016 Hero of the ISL after a successful season with the Delhi Dynamos. He was also a part of the Delhi side to play pre-season matches in England, most notably against the Premier League side, West Bromwich Albion.

Diego Forlan is one of the greatest Uruguayan footballers of all time, but not quite one of the best former Premier League players.

The veteran Uruguayan forward, Diego Forlan, spent two and a half seasons in the Premier League with Manchester United.

But who are the new names coming into the league as former Premier League players from England?

Most notably, perhaps, is Robbie Keane, who will be playing for the defending champions, and two-time winners, Atletico de Kolkata. 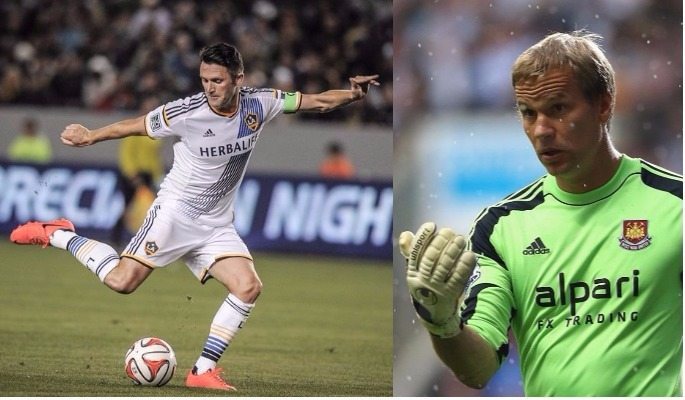 Keane (above right) has made over 350 appearances for several top-flight sides, including 238 for Tottenham Hotspur.

The forward will be an exciting player to watch in 2017, especially coming from Los Angeles Galaxy where he scored 83 goals in 125 appearances.

Atletico de Kolkata’s signing of Jussi Jaaskelainen at the opposite side of the field means they are bringing in two former Premier League players. The 42-year-old keeper (above right) will be one of Atletico’s goalkeeping options for 2017.

Jaaskelainen made 474 appearances for Bolton Wanderers between 1997 and 2012, before moving to West Ham United.

He made a further 57 appearances for the Hammers before moving to Wigan Athletic, and then, to Atletico in 2017.

Jaaskelainen and Keane also have over 200 International caps between them for Finland and the Republic of Ireland, respectively. So Atletico de Kolkata will have massive experience at both ends of the pitch for the 2017 ISL season. 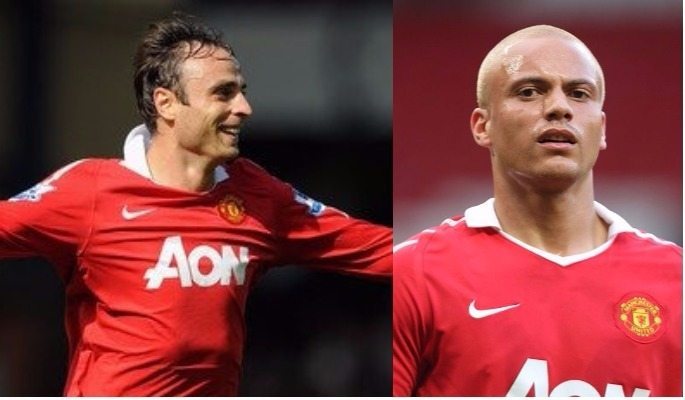 Wes Brown (above right) and Dimitar Berbatov (above left) both helped Manchester United to win Premier League titles in 2008/09 and 2010/11.

But which pair of former Premier League players will come out on top in the 2017 Indian Super League? 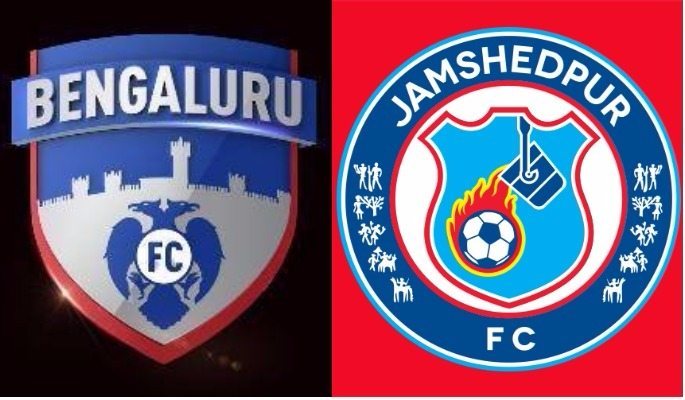 For the fourth edition of the Indian Super League (2017/18), there will be ten franchises competing with each other.

The two extra teams mean that the ISL will now take place over five months, instead of three. So make sure you are ready for the added excitement and entertainment between November 2017 and March 2018!

Atletico de Kolkata will be hoping that Robbie Keane and Jussi Jaaskelainen use their experience to help defend their title.

But could the Kerala Blasters’ new former Premier League players help them to their first ISL title? Be sure to find out when it all kicks off in November 2017!

Keiran is a passionate English graduate with a love for all things sport. He enjoys time with his two dogs, listening to Bhangra and R&B music, and playing football. "You forget what you want to remember, and you remember what you want to forget."
India’s PV Sindhu wins the Badminton Korea Open Super Series
Age Fraud an Issue for U-17 World Cup Indian Football Team?