India’s Delhi Dynamos were narrowly defeated by West Bromwich Albion in a unique football match played at the Hawthorns on September 3, 2016.

The friendly was the first of a kind to be played between an English Premier League side and one from the Indian Super League.

West Brom substitute, James Smith, tapped home what proved to be the decisive goal after 64 minutes.

Delhi pressed for an equaliser and hit the crossbar 13 minutes after falling behind.

Unfortunately, though, that was as close as they came, and the match ended 1-0 to West Bromwich Albion. 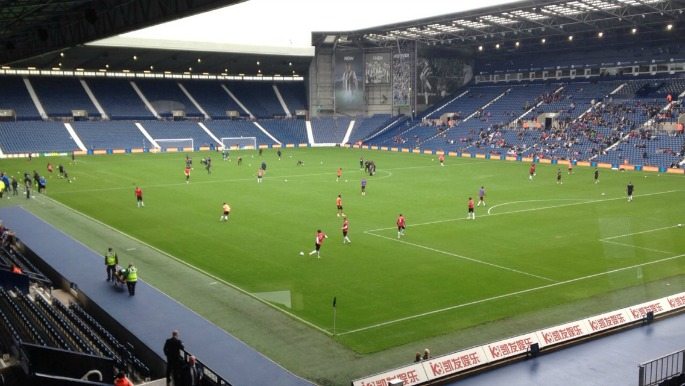 The match started evenly with both sides trying to settle into their rhythm. But West Brom then began to assert themselves.

Matt Phillips struck the base of the post with a curling effort from just outside the area after 20 minutes.

But the West Brom momentum was halted as trialist, Marouane Chamakh, was the subject of a proper Desi tackle.

The ex-Arsenal forward was forced off after 24 minutes to be replaced by academy player, James Smith.

Soon after the substitution, Delhi midfielder, Rupert Nongrum half-volleyed wildly over from a tricky angle.

Albion grew back into the game though as half-time approached. Toni Doblas produced an excellent save just before the whistle to keep the scores level. 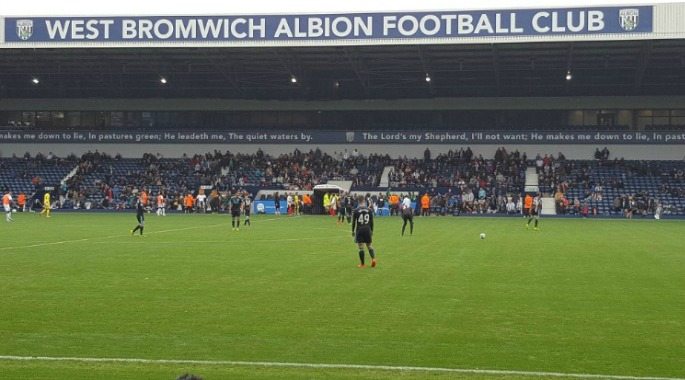 The Premier League team restarted the game the better as Delhi were forced to defend deep.

West Brom won a series of corners before the lively Matt Phillips floated a dangerous cross agonisingly across goal.

Just after the hour mark, Phillips bettered his last cross, racing down the right wing before firing a low delivery into the Delhi penalty area. And substitute James Smith was on hand to tap home from 5 yards.

As Delhi pressed for an equalising goal, Kean Francis Lewis smashed a long-range effort against the crossbar.

But both teams rung the changes for the final ten minutes which somewhat stopped the fluidity of the game.

Delhi captain, Florent Malouda, was replaced late on by Samir Nabi, who signed for the Dynamos this year after spending 11 years with West Brom. 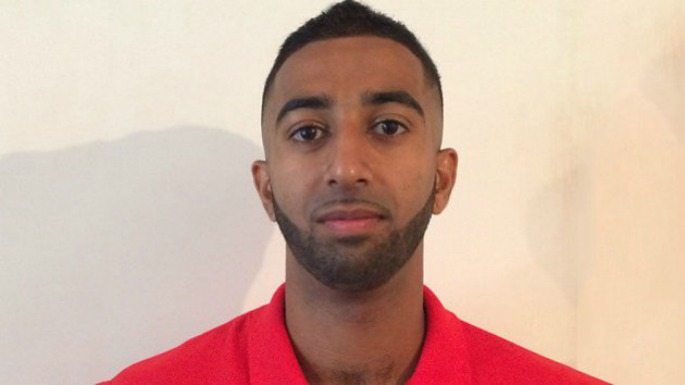 His younger brother, Rahis Nabi, then came on for Albion soon after to come up against his sibling.

Both teams received warm applause from the fans as referee, Robert Madeley, blew his whistle for full-time.

The Delhi Dynamos gained many plaudits for their brave performance against their established Premier League team opponents.

Albion first team coach, Ben Garner, took charge of the team in the absence of Tony Pulis. And he is just one of those to be impressed by the Delhi performance.

In his post-match press conference, Garner said: “They were very good and made it a really good game. They were very organised and physically strong.” 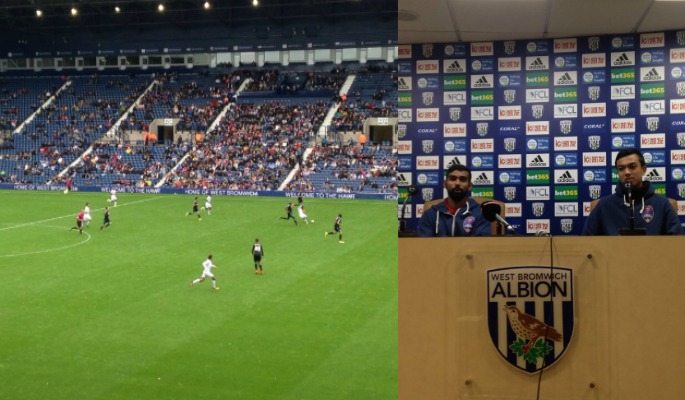 Kean Lewis, who hit the crossbar during the game, spoke to DESIblitz after the match. Lewis said:

“It was a tough game. We were expecting to go down 4 or 5 nil, but we held our own in the first half and dominated a bit in the second half. So we are quite proud of ourselves.”

Italian World Cup winner, and Delhi manager, Gianluca Zambrotta was unavailable for comment after the game.

But Dynamo winger, Rupert Nongrum, told DESIblitz: “We played well and did what he [Zambrotta] wanted us to do.”

West Bromwich Albion’s match with the Delhi Dynamos was the first between an ISL and Premier League team.

And the event attracted numerous Brit-Asian supporters, who were also treated to pre-match and half-time entertainment. 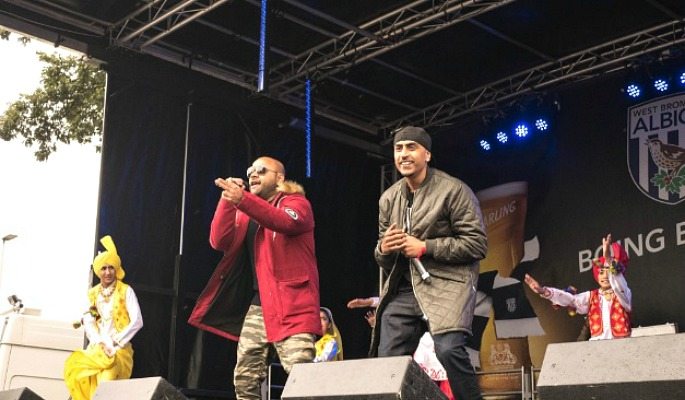 Jaz Dhami, H-Dhami and Sukshinder Shinda were all present too, and they were part of the half-time show.

To keep fans occupied during the break, organisers carried out a ‘Celebrity Crossbar Challenge’. But it wasn’t the greatest of efforts from the Asian artists.

Jaz Dhami won the challenge, as he was the only one to successfully strike the bar. But Shinda did not fare as well as his effort barely left the ground.

All in all, it was an incredible and unique day for everyone involved. And hopefully, UK-Indian football can continue to develop and grow.

Delhi Dynamos will now complete the remainder of their pre-season before kicking off their ISL campaign against Chennaiyin on October 6, 2016.

To find out more about the upcoming changes to professional Indian football, click here.

Keiran is a passionate English graduate with a love for all things sport. He enjoys time with his two dogs, listening to Bhangra and R&B music, and playing football. "You forget what you want to remember, and you remember what you want to forget."
Best Football Boots for your 2016/17 Season
Who do British Asians Support in Sport?