World football is back for the 2016/17 season, and DESIblitz presents some of the top pairs of football boots for you to play the beautiful game in.

Ronaldo, Sanchez and Martial are all wearing Nike’s Mercurial Superfly V this season.

Football is returning worldwide for the 2016/17 season, and new and improved football boots are coming with it.

Major European football in England, Spain and Italy is back underway, and the Indian Super League is set to return in October 2016.

However, it is not all about the professional leagues. After a summer of having to slide around on artificial pitches, lower league footballers are returning for local grassroots football.

Whether you are after durability, affordability, individuality or style, there is a pair of football boots out there for you. But which ones?

DESIblitz brings you some of the best football boots to invest in for your own 2016/17 season. 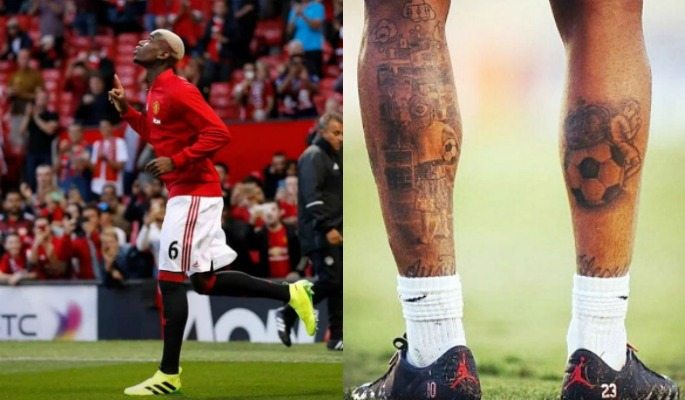 Paul Pogba became the world’s most expensive footballer after his record £89.3 million transfer from Juventus to Manchester United.

However, luckily for us non-professional footballers, variations of the ACE series are available for more reasonable prices.

Following its unveiling in January 2016, the Adidas ACE 16+ PureControl became the most coveted pair of football boots to professionals and amateurs alike.

Five-time FIFA Ballon d’Or winner, Lionel Messi, is also wearing Adidas this season. He is sporting his own Adidas range called Messi 16+ which has been designed to provide stability for agile footballers. 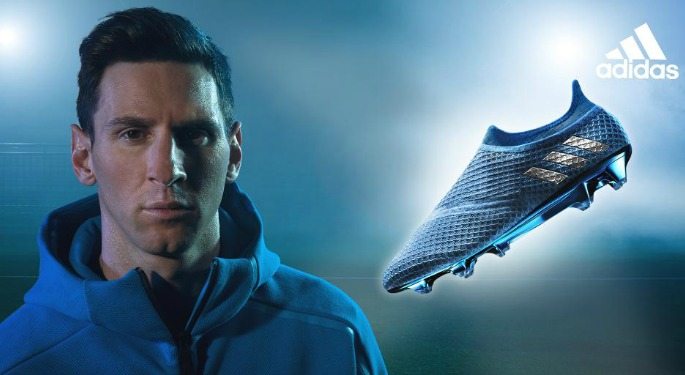 The dazzling, sparkling pair will also cost around £230.

Barcelona’s Neymar Jr. meanwhile, is playing his 2016/17 season in his own customised pair of Nike football boots.

The Brazilian is sporting his recent unique collaboration with the Jordan brand on Nike’s Hypervenom Phantom 2 football boots.

Neymar Jr. is the first footballer to feature the Michael Jordan brand on their own performance product. 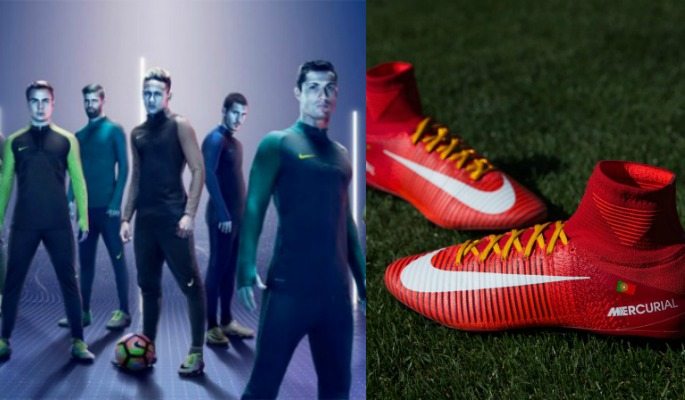 Ronaldo has customised his pair to commemorate Portugal’s Euro 2016 victory over Pogba’s France team in July 2016.

Unfortunately, many of us are not quite earning the same amount of money as Pogba, Neymar, and Ronaldo.

Therefore, here are some more affordable options which should be long lasting enough for you to get your money’s worth.

However, always beware of football boots which cost less than £75 as they may not last you a full 90 minutes.

“In 2014, I bought a £60 pair of boots which lasted me for one game before two studs fell out. More recently though, I bought an expensive pair but they ripped after a few games. Some of the more expensive and lightweight boots cannot handle British Sunday league football. I’ve found that all of my £100 mid-range pairs of football boots have lasted me over two years.”

Nike’s Tiempo range may be one of your better options, and can be purchased for around the £100 mark.

Tiempo’s have traditionally been worn by players who crave close control of the ball as well as comfort. They are essentially an original, but more basic version of Pogba’s Adidas ACE football boots.

Another good Nike option would be their Mercurial Veloce, which is, visually, very similar to Nike’s higher end Vapor range. 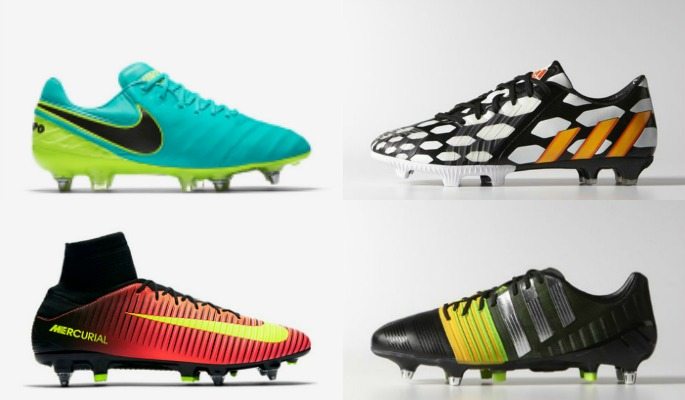 Adidas have their affordable options too. Despite Aaron’s experiences, the long-standing Predator range is often a popular affordable choice.

The Predator Absolion LZ is a particularly affordable and durable pair of boots to put your trust and feet in.

Adidas’ Nitrocharge series offer you another durable option. They have protection pads in the toe and heel area for extra support in tackles and general game-play.

Do you want to separate yourself from all the rest, and own football boots that nobody else does? If so, then you have two options.

Your first choice is the Adidas Porsche Design Sport X. 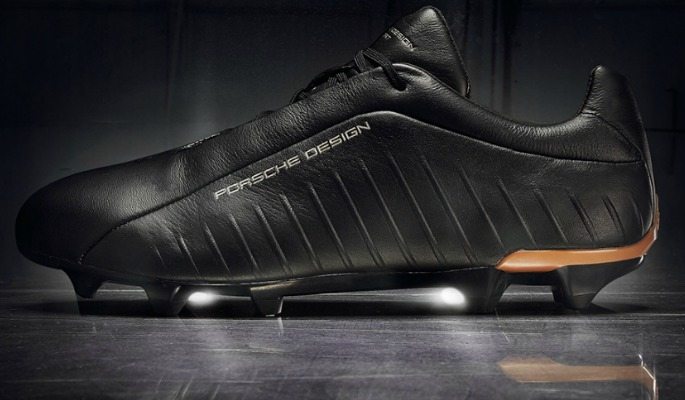 This is a limited edition pair of football boots of which there are only 1500 available worldwide.

They are already beginning to sell out, so you have to be quick if you want to own a pair.

The collaboration between Porsche and Adidas represents one between two brands who pride themselves in premium engineering and high performance. Guaranteed quality.

It does come at a cost of course. But surprisingly, they are cheaper than Ronaldo’s Nike Mercurial Superfly’s. The Adidas Porsche Design Sport X is available for £230.

Your second choice is the Pantofola d’Oro la Gazzetta. 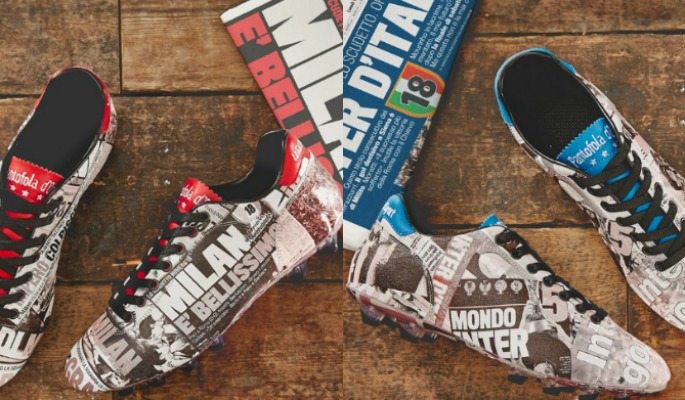 This incredible design by Pantofola d’Oro la Gazzetta is surprisingly cheap at just £130. And it is available for purchase in three different styles, Rossoneri, Nerazzurri, and Azzurri.

If you are a fan of either AC (Rossoneri) or Inter (Nerazzurri) Milan, then these football boots are a must for you. If not though, then there is also an Italian national team edition (Azzurri) available.

The three designs celebrate each team’s partnership with the Italian newspaper, La Gazzetta dello Sport, and features iconic headlines about them.

If you consider yourself to be a speedster, then the Nike Mercurial Vapor series may be best for you if you are on a budget. But if you have no financial restrictions, then why not be like Ronaldo and invest in a pair of Nike Mercurial Superfly V.

Adidas’ Predator and Nitrocharge ranges offer you solid, durable and more affordable options. But if you truly want to stand out and ensure that the attention is on you, you have three options.

Neymar’s Nike Hypervenom’s with the Jordan brand on are the only football boots to feature the basketball icons logo.

Or will you be able to purchase one of only 1500 available Adidas Porsche Design Sport X? Owning these will truly make you one in a million.

More affordably though, you could invest in the newspaper covered pair of Pantofola d’Ora la Gazzetta boots which hold great appeal to fans of Italian football.

Regardless of which pair you choose to invest in, just be sure to enjoy your 2016/17 football season.