Who do British Asians Support in Sport?

British Asians are forced to choose their sporting loyalties from an early age. DESIblitz explores which nations they are pledging their support to.

"In cricket I support my roots, but in football I'll always support my home country."

When it comes to sport, many British Asians are faced with a conflict of interest at some point in their lives.

Some pledge their sporting loyalties to a nation and keep faith with that choice forever. But others, meanwhile, vary their loyalties depending on the sport and the nations involved.

During Pakistan’s 2016 cricket tour of England, some fans and media reports described venues as Pakistan’s ‘home away from home’.

So DESIblitz explores to what extent Brit-Asians are supporting their homelands, and whether the UK really is a ‘home away from home’ for India, Pakistan, and other South Asian countries. 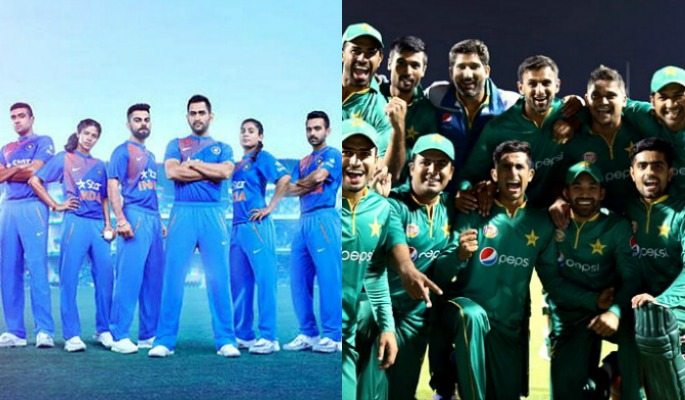 There is no sport better to start with than cricket. which is especially popular in both England and the sub-continent.

Pakistan recently concluded their 2016 cricket tour of England with a T20 win over their hosts. They ended their tour positively with a comprehensive 9 wicket victory at Old Trafford.

That win, however, could not distract fans away from England’s 4-1 ODI series victory over Pakistan which followed their 2-2 Test series draw. 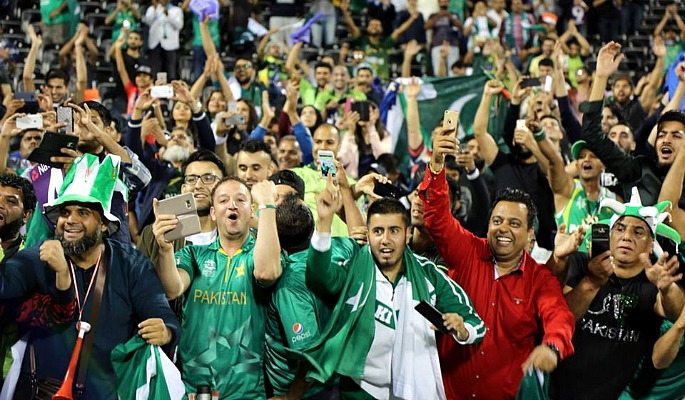 But during the tour, some venues were seen to contain much more Pakistan than England fans. The final match, in Manchester, could have been mistaken for a Pakistan home game due to all the green shirts.

Rizwan Rafiq, from Manchester, was there supporting England. He said: “We got thrashed, but the atmosphere created by the Pakistan supporters, who made up the majority of the crowd, was wild and gleeful. I’ve never experienced anything like it at any live sporting event.”

So Rizwan is suggesting that most Brit-Asians are pledging their sporting allegiances to their motherland as opposed to the country they are living in.

“I support Pakistan in cricket and have done so from a young age. However, we are now at a stage where children and Brit-Asians are choosing to support England. The passion that was around twenty or so years ago is no longer being passed down.”

Priya Gill, meanwhile, is an International volleyball player for Scotland, and she agrees with Ansar.

Priya tells DESIblitz that she’s been brought up to support India. She says: “In cricket, I support my roots by following India, and so do my whole family. We are united in supporting India no matter who they are up against, even Scotland.”

Very few British Asians choose to support their motherlands in football. Rather, most opt to show their footballing loyalty to the country they live in or other globally recognised teams. 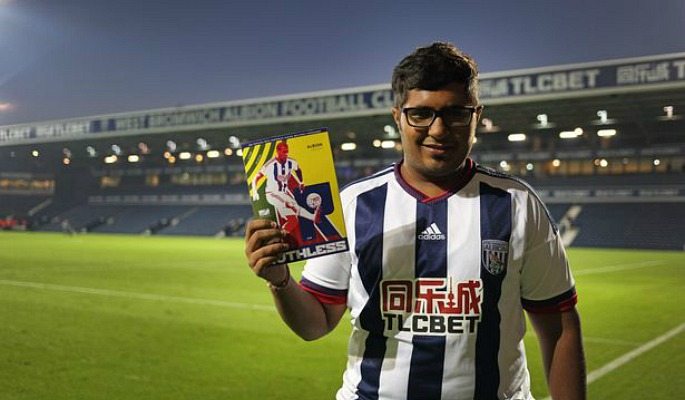 Qualifying has already begun for the next major international football tournament, the 2018 FIFA World Cup in Russia.

For qualifying, Scotland was drawn in the same group as their UK rivals, England. And Priya knows exactly where her loyalties are. She says: “When it comes to a Scotland and England match, I’ll always support my home country!”

So if Scottish Asians are supporting Scotland, those in England must surely be supporting England?

Ansar says: “I don’t not support England in football. But I think I speak for the masses when I say it’s been terrible for England recently. I prefer to support teams such as Italy because of their past legendary players or any genuine underdog team.”

British Asians, therefore, are showing little loyalty to either their South Asian roots or their present country of residence. 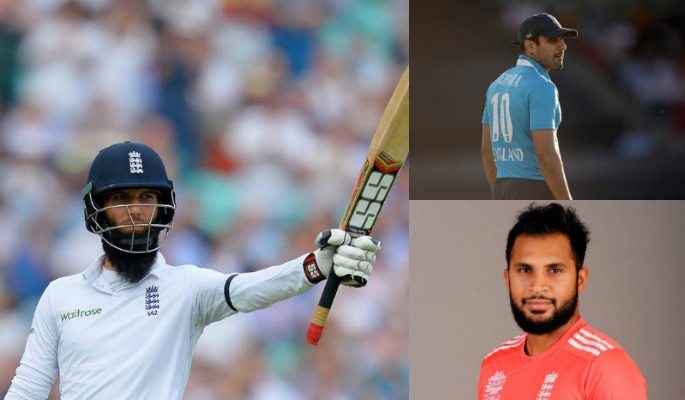 With Brit-Asians showing no real consistency in their sporting loyalties, other than supporting the better team in the sport, could there be any other influences on them?

Sports are based on the performances of specially trained players. The players who feature in western cricket and football teams are rarely of South Asian descent.

However, when there is South Asian representation in a western team, it seems as though Brit-Asians are more inclined to support them.

In recent years, the England cricket team have consistently brought through Brit-Asian talent.

Players such as Moeen Ali, Adil Rashid, Ravi Bopara and Monty Panesar have all recently donned the England jersey.

They are helping to inspire Brit-Asian support for England. Muhammad Shamraiz says: “I support England mainly because of Moeen Ali.”

In football, though, there are few British Asian idols for supporters to look up to. This, therefore, subtly forces the Brit-Asian audiences to support the better teams such as Italy or Spain. Even Virat Kohli supports Germany. 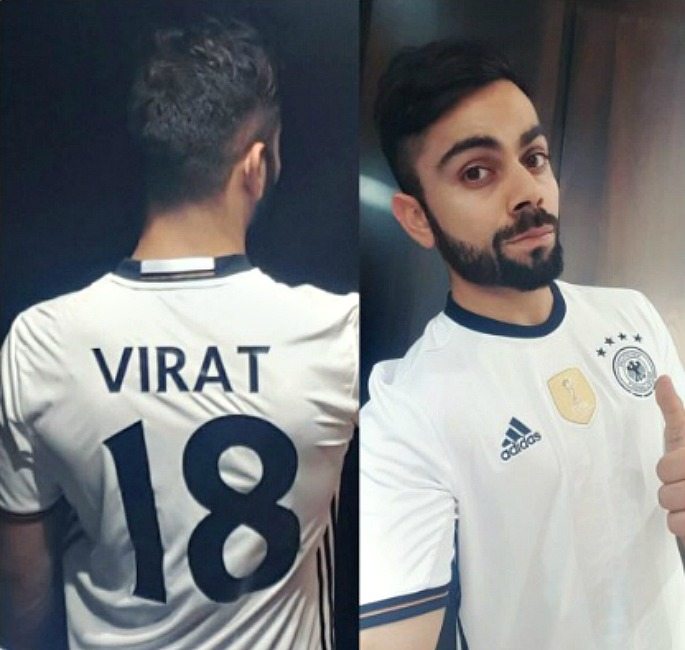 So British Asians are seemingly placing their sporting loyalties with popular and trusted teams. There are very few Brit-Asians currently in western sport, so fans have nobody to identify with.

But those that are in sport are representing England. Could that be why, as Ansar Mahmood said: “We are at a stage where children are choosing to support England”?

Brit-Asians seem to have no true connection with their South Asian roots, and so, support different nations in different sports. Even artists in the music industry have picked up on this dual identity of British Asians. 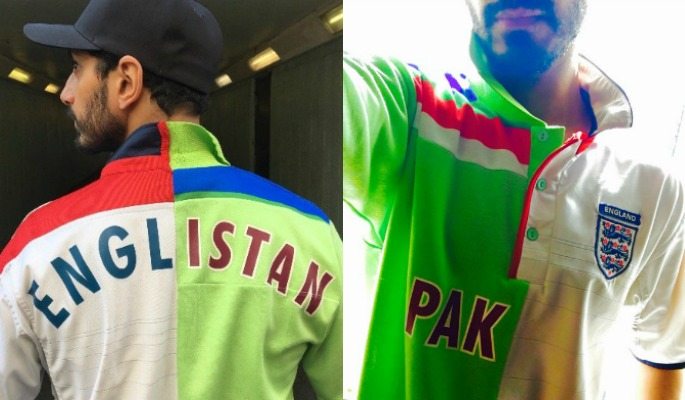 The England cricket team are currently preparing for their upcoming tour of India which will be their most extensive for over 30 years.

India’s Test captain, Virat Kohli, says: “The contest is going to be fierce, it’s going to be a competitive series! I urge fans from both the countries to come and support both the teams.”

So who will you be supporting?