The PTC Punjabi Music Awards returned for 2014 with an incredible line-up of Punjabi and Indian musical talent taking to the stage with some spectacular performances. Find out who the big winners of the night were right here.

The PTC Punjabi Music Awards 2014 welcomed some of the biggest Bhangra and Punjabi singers who have created waves across the globe with their unique cultural sound and catchy dhol beats.

Hosts for the show were actor and producer Gurpreet Ghuggi and comedian Binnu Dhillon keeping the evening lively with light humour and comic interactions with the crowd and the winners.

Held at the PAP grounds in Jalandhar, Punjab’s music and film elite attended, including music directors, singers, lyricists and technicians who were all honoured for their contributions to Punjabi music. 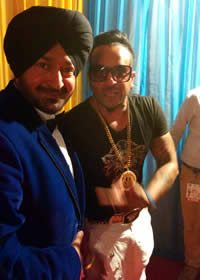 A night of pure entertainment, the show opened with a much deserved tribute to Punjabi legend, Surjit Bindrakhia. 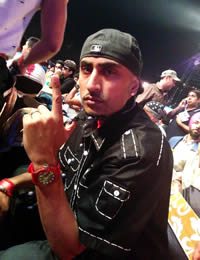 With Punjab’s own cinema growing considerably, this has opened up the gate to new upcoming stars and musical talents who have dedicated themselves in preserving their Punjabi heritage wherever they are.

In particular, the influence of Punjabi music on British music has been considerable, and many non-resident Indian’s have delved into the industry.

The night saw an influx of British Asian stars including Jaz Dhami and the Canadian star, Jazzy B who won the Best Non Resident Punjabi Vocalist award.

Here is the full list of winners of the PTC Punjabi Music Awards 2014:

Best Music Director for a Single
Yo Yo Honey Singh – Bebo

Best Punjabi based Song in a Hindi Film
Ambarsariya – Fukrey

Most Popular Song of the Year
Proper Patola – Diljit Dosanjh

Most Romantic Ballad of the Year
Soch – Hardy Sandhu

Entertainer of the Year
Gippy Grewal

The Punjabi Music Awards 2014 celebrated the incredible talents of Punjabi musicians from India and overseas. A great event on behalf of PTC, we cannot wait to see what the next year of Punjabi music will bring. Congratulations to all the winners!

Aisha an English literature graduate, is a keen editorial writer. She adores reading, theatre, and anything arts related. She is a creative soul and is always reinventing herself. Her motto is: “Life is too short, so eat dessert first!”
The Globalisation of Bhangra Music
Hip-Hop Influence on British Asian music