Dubbed the Grammy of Punjabi music industry, the PTC Punjabi Music Awards 2015 celebrated another year of brilliance! We have the full list of winners.

“T-Series has and will always continue to support the Punjabi music industry.”

The PTC Punjabi Music Awards, the most important date on the Punjabi entertainment industry’s calendar, was broadcasted on May 2, 2015.

Many tuned into watch the biggest Punjabi stars hit the red carpet at the awards ceremony.

What followed was a joyous evening of over 30 awards being given out to a fantastic array of Punjabi artists.

T-Series emerged as the big winner, as the record company took away a total of eight awards.

They won ‘Best Club Song of the Year’ and drew a tie with Virsa Arts in the battle for ‘Best Music Video Director’, among six other incredible honours. 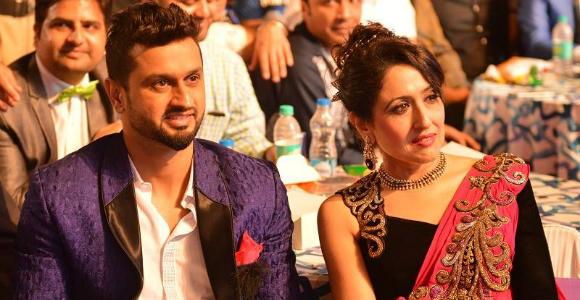 President of T-Series, Neeraj Kalyan, said: “T-Series has and will always continue to support the Punjabi music industry.

“Our passion for developing and promoting quality music has led us to discover young talent in Punjab, be it singers, writers, composers & cinematographers.”

He continued: “These awards are a result of joint efforts of T-Series and the artists involved and are a testimony to our commitment in the Punjabi music space.”

Live performances are without a doubt the most enticing element of the awards show, hosted by Harbhajan Mann, Divya Dutta and Binnu Dhillon.

Mafia Mundeer, Hardy Sandhu and Jassi Sidhu are just a handful of artists who entertained the crowd with their energetic performances.

But when Jazzy B and Sukhshinder Shinda took the stage, the audience was left wanting more!

Here are the winners of the PTC Punjabi Music Awards 2015: 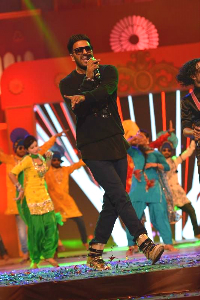 Best Album of the Year
‘Judaa 2’ by Amarinder Gill

Best Folk Pop Vocalist
Roshan Prince for ‘Back to Bhangra’

Best Song with a Social Message
‘Nashe’ by Preet Harpal

Most Romantic Ballad of the Year
‘Ik Saal’ by Jassi Gill

Best Punjabi Based Song in a Hindi Film
‘Pataka Guddi’ by Jyoti and Sultana, taken from Highway (2014)

Check out what the stunning stars wore on the red carpet here:

Congratulations to all of the winners of the PTC Punjabi Music Awards 2015!