The annual PTC Punjabi Music Awards returned to Panchkula on 23rd March 2017 with some fantastic live performances. Find out who the big winners were here.

Live performances came from the likes of Jazzy B, Gippy Grewal, and Kulwinder Billa

Welcoming some of the famous names of Punjabi music to Haryana’s Panchkula district, the Music Awards are one of the biggest Punjabi events of the year.

Live performances came from the likes of Jazzy B, Gippy Grewal, and Kulwinder Billa, who each took to the stage with some of their biggest hits.

The ceremony itself saw a diverse number of winners, with some categories even crowning multiple winners.

Diljit Dosanjh, Sharry Mann and Hardy Sandhu tied for ‘Most Popular Song of the Year’ for their songs, ‘Laembadgini’, ‘3 Peg’ and ‘Hornn Blow’ respectively.

Sharry Mann also took the award for ‘Best Bhangra Song of the Year’ for ‘3 Peg’.

Representing in the women’s camp was Miss Pooja, who won ‘Best Pop Vocalist (Female) for a Single’, for her track, ‘Dimaag Khraab’, while emerging star, Sunanda Sharma took the award for ‘Best New Artist (Female)’.

Finally, it was Gippy Grewal who too the big award for ‘Best Pop Album Of The Year’ for Desi Rock Star 2.

You can watch the full show of the PTC Punjabi Music Awards 2017 here: 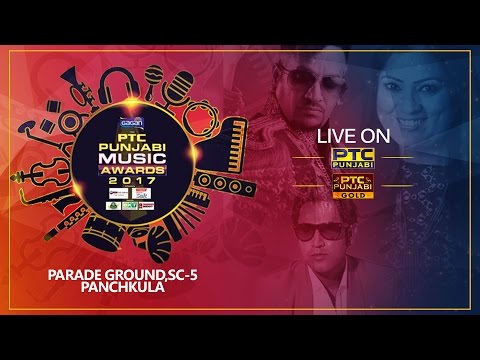 Here is the full list of winners of the PTC Punjabi Music Awards 2017 here: