Baithak ~ The Melody of Pune’s Mandar and Dakshayani

DESIblitz exclusively talks to Mandar and Dakshayani, Pune’s musical duo. They created Baithak so all children could have better access to classical music.

"Classical allows you to experience a range of incredible strong emotions."

When you have one thing in your heart, how can you do something else? A glance at the life of Mandar and Dakshayani would well explain it.

Despite having degrees in engineering and law, the couple chose classical music as their career. Maybe “career” is not the right word because music is their “life” now.

There are certain things that you cannot do them for money or fame. What Mandar and Dakshayani are doing through their charitable trust Baithak is one such notable thing.

Right from their childhood, music had always been in their lives in one way or other. Self-taught flute player Mandar Karanjkar says:

“During my childhood, I used to go to harmonium classes along with my mother.” He also adds that his wife Dakshayani Athalyne loves singing “Kirtans”.

In an exclusive interview with DESIblitz, Mandar and Dakshayani talk about their musical journey and inspiring the next generation.

What motivated you to take up classical music?

Mandar: Classical music had always been in my life. Classical allows you to experience a range of incredible strong emotions

Once I wanted to be a lawyer. I worked as a teacher of science and maths. Then being an engineering graduate I had a fancy job with a lucrative salary, but I hadn’t found self-satisfaction in any of the profiles I handled.

Then one fine day, I just woke up and realised I still carry a passion for music and then I gave up everything and followed my heart. Now it gives me job satisfaction. I think I have found the purpose of my life.

How did Baithak take shape?

Dakshayani: We started thinking about Baithak in 2015. We wanted to test this concept. So we used to go to community centres to perform. [Mandar and I] taught classes to the children.

We were afraid in the beginning that they might get bored, but they didn’t.

We understand that it is all about the kind of teaching methods we adopt to create interest in them. So based on the response we received, we formed Baithak. 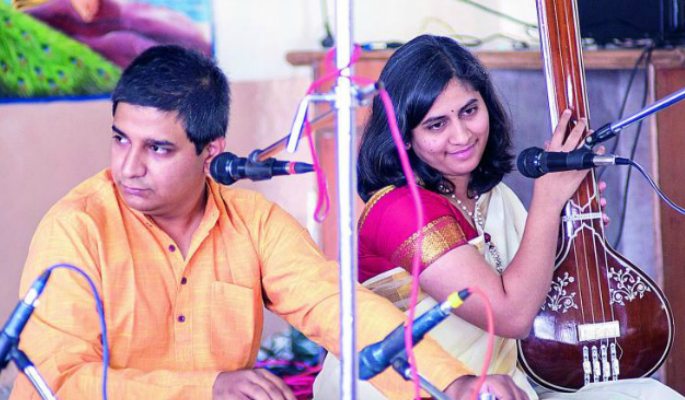 What is the toughest challenge you have been facing all this while?

Dakshayani: The toughest task is finding good teachers and creating interest among children.

Because if a teacher fails to answer the questions of children, they lose interest.

Why do you think people prefer pop and other music to classical music?

Mandar: The pop kind of music is purely for entertainment, whereas classical allows you to experience a range of incredibly strong emotions.

But most of us go for entertainment only since our lifestyles are like that and we had been deliberately taught to live in such a way.

How many newspapers and TV channels talk about classical music these days?

Mandar: When a veteran classical music artist passed away, not to speak of a tribute, I didn’t even see a headline about his death.

Why do you focus on school children especially?

Dakshayani: They are flexible to learn anything. They have time to learn unlike the college going students and employees who are pre-occupied with their academics aNFL professions respectively.

To make the sessions more interesting and learning easier, we are creating a pool of classes and the very first thing we do is we demonstrate the difference between noise and music. 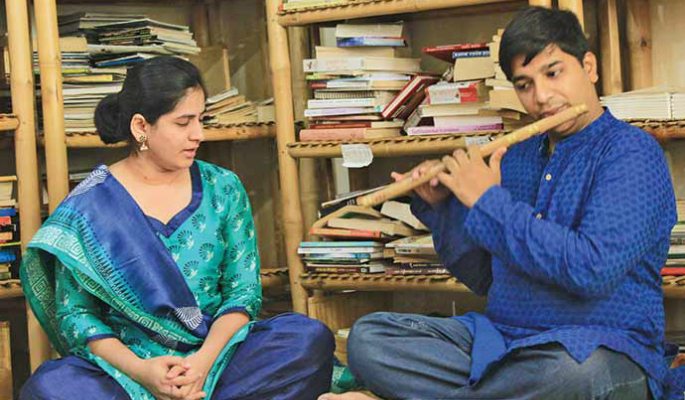 We always try to make them understand that classical music is enjoyable.

Here teachers have to play a vital role in making them understand how enjoyable it is and yes, we do live concerts at colleges as well whenever we receive an invitation to perform.

Which artist would you love to share the stage with?

Mandar: Pandit Kumar Gandharva. But much to my disappointment, it remains a wish that never comes true owing to the death of Kumar Gandharva in 1992. 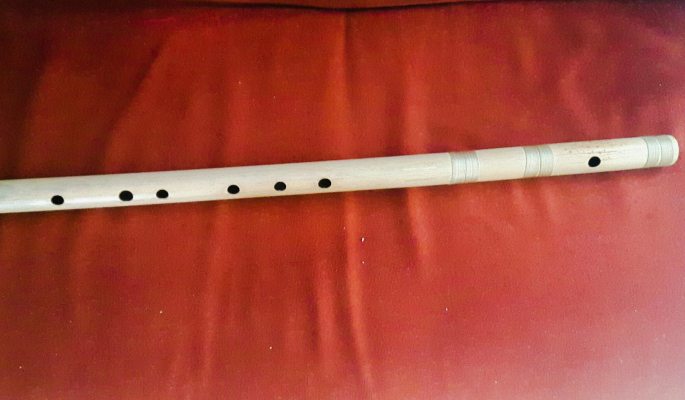 Mandar and Dakshaynai show how passion and determination can help inspire the next generation. Mander says:

“During our childhood days, every child used to learn at least one classical music instrument, but that is not the case now. My dream is to bring those days back.”

The couple believes: “the purpose of our lives lies in educating the children of this generation about the importance of Indian Classical Music and create interest among them.”

With the creation of powerful Baithak, Mandar and Dakshayani are set to spark creativity and revigorate classical music. Their common passion reflects their enduring relationship.

Mandar chuckles: “60% of the time we talk about music only.” Dakshayani smilingly says: “What else have we to do?”

Find out more about the couple and their Baithak programme here.