Mumbai Indians has won the IPL 2017 championship by defeating Rising Pune Supergiant. In an exciting final match, MI took home the trophy with one run.

Krunal Pandya proved to be the saviour for the Mumbai team.

Mumbai Indians (MI) has defeated Rising Pune Supergiant (RPS) to win the Indian Premier League (IPL) 2017. While battling each other in a thrilling game, MI managed to win by just one run.

The match got to a perfect start for MI as they won the toss and elected to bat. However, RPS made it difficult for their opponents, as MI could not fully accelerate after being 8-2 at one stage. The fast bowling of Jaydev Unadkat did the damage early on.

Indian batsman Ambati Rayudu was then run out by Australian Steven Smith for a mere 12 runs. Captain Rohit Sharma could not convert his start into a big score, as he was dismissed by Adam Zampa for 24.

Krunal Pandya proved to be the saviour for the Mumbai team, hitting a valiant 47off 38 balls. He was well supported at the end by Mitchell Johnson who remained unbeaten on 13. This pair scored 37 runs off the last three overs.

MI surely felt a sigh of relief after finishing on 129-8, considering they were left reeling on 79-7 in the 15th over. 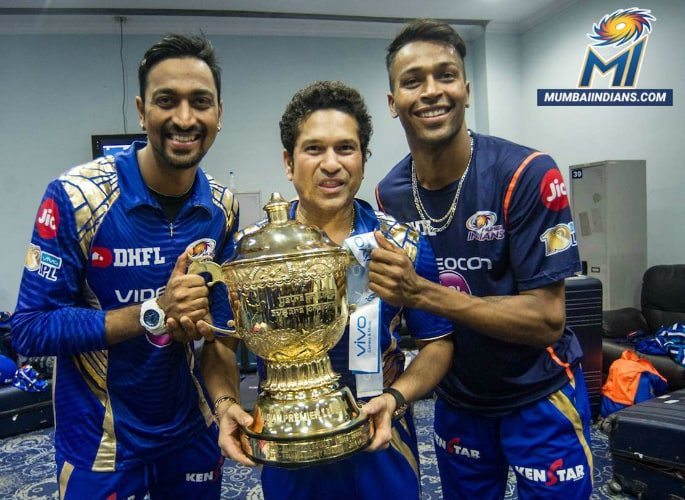 At the midway point, Unadkat who claimed 2-14 felt only half the job was done saying:

“Whatever we planned, whatever we executed was fantastic. We began well, the job is half done but we still have a job to do.”

Throughout the game, many doubted if MI could defend such a low total. Many took to Twitter to voice their opinions, including musician Mick Jagger. Who knew he was an avid IPL fan?

I don't think Mumbai have scored enough runs in the #IPLfinal to win this, but you never know?
Mj

Despite a below par score, a terrific bowling effort from Johnson and Jasprit Bumrah brought MI back into the game.

Johnson who claimed the wicket of Smith (51) was probably one of the key moments of the match. Rayudu caught him in the sweeper cover position after completing his half-century.

Nonetheless, the outcome of the game went to the very last ball of the match. With RPS needing to score 4 runs, MI held their nerves as Washington Sundar was run out for a golden duck.

As a result, the team won the championship, marking their third win in the IPL. They had previously won in 2013 and 2015. It also places Rohit Sharma as the first captain to win three IPL championships.

Even though it was a low-scoring match, fans got to witness a real mouthwatering game. Krunal Pandya was adjudged the man of the match for the Mumbai Indians.

Congratulations to Mumbai Indians with their thrilling IPL 2017 win!