How did Mumbai Indians win the IPL 8 Final?

The Mumbai Indians were crowned champions of IPL 8 after beating the Chennai Super Kings by forty-one runs in the Final. DESIblitz analyses why they were victorious.

The 2015 Final was a repeat of their IPL 6 Final victory in 2013, where they beat the same opposition, at the same ground.

DESIblitz assesses why the Mumbai Indians came out as victors and champions of IPL 8.

1. Dhoni makes the wrong decision at the toss?

For much of the IPL, the successful strategy employed by the Chennai Super Kings was to bat first, score a massive total, and suffocate the opposition with spin.

However, just like in Qualifier 2, Dhoni won the toss and chose to bowl first, because of the due factor late in the game. 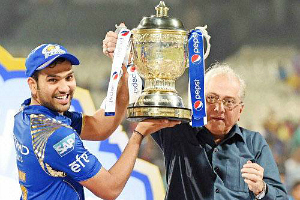 Against the Royal Challengers, the plan worked to perfection, as MS Dhoni saw CSK home safely in customary fashion.

In this match however, on a good Eden Gardens wicket, it might not have been the wisest of decisions.

Interestingly, at the toss, Rohit Sharma said he would have batted first.

After Mumbai posted a formidable total of 202-5 from their 20 overs, the game was all but won at the half-way stage.

2. Simmons and Sharma get off to a flyer

Mumbai had a disastrous start, with opener Parthiv Patel being run out by a fabulous bit of fielding by Faf Du Plessis in the first over.

In the over immediately after, Rohit Sharma hit three cracking fours. He followed this up the next over with two more boundaries. This set the tone for the innings.

Sharma and Lendl Simmons aggressively targeted Chennai’s spinners, who usually strangle teams in a web of dot balls and wickets.

The two put on a partnership of 119. Simmons’ power-hitting display of 68 from 45 balls featured eight fours and three sixes.

Man of the Match Sharma’s innings might have been even more impressive. Even though his 50 was a lower score, he achieved it in only 25 balls!

3. Pollard and Rayudu finish the job

The Indians lost both Sharma, and then Simmons in quick succession, leaving their total at 120-3.

With just under eight overs left, Kieron Pollard and Ambati Rayudu continued the momentum. Both indulged in high-risk and exciting stroke play with abandon.

They were aided by a couple of missed catches. Dwayne Bravo lost sight of a high ball in the air. And his West Indian counterpart Dwayne Smith spilled a sitter.

Pollard finished with 36 runs off 18 balls, at a strike rate of 200! His audacious stroke play included two fours, and three monstrous sixes.

All three of Rayudu’s boundaries were sixes! He finished 36 not out off 24 balls, as he saw out Mumbai’s innings to the end. 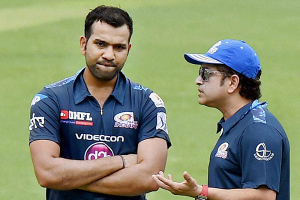 The Chennai Super Kings have impressed with the way they have restricted opposition batting attacks. But in the IPL 8 Final, they were on the receiving end of a beating.

The previously impressive Ashwin was hit for more than 10 runs an over. After being smashed by Simmons in the Powerplay, he only bowled two overs.

Jadeja experienced a similar fate, and he only bowled two overs, for an economy of 13 runs.

Promising youngster Negi’s two overs went for nine runs an over. And Suresh Raina, who was so effective in Qualifier 2, did not bowl at all.

Despite taking two wickets, even Dwayne Bravo conceded 9 runs an over.

Nehra who has enjoyed a brilliant tournament so far, failed to take a wicket, and went at over 10 runs an over.

Fellow pace bowler, Mohit Sharma, did not fare much better, as he conceded 9.5 runs an over. 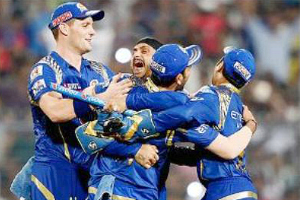 One would think that this is exactly the sort of challenge that Brendon McCullum would have relished. But he had to leave before the Playoffs stage to play for New Zealand on their tour to England.

Dwayne Smith’s 57 off 48 balls would have been brilliant in a regular match, but was far too slow for these circumstances.

Mike ‘Mr Cricket’ Hussey, one of CSK’s heroes from Qualifier 2, was caught out by Suchith off the bowling of McClenagan for 4 runs from 9 balls.

Raina’s 28 runs from 19 balls fell to a Parthiv Patel stumping, as he attempted to charge Harbhajan Singh.

Once the captain Dhoni was out for 18 from 13 balls, it was the final nail in the coffin for the Chennai Super Kings.

Kiwi Mitchell McClenaghan was the pick of the Mumbai bowlers with 3 for 25. Malinga finished with 2 for 25. Harbhajan Singh, who has revived his career, impressed with his 2 for 34.

The Mumbai Indians showed that peaking at the right time is particularly important in winning an IPL.

It seems like an age ago now when the Mumbai Indians began their IPL 8 campaign with four losses. They were bottom of the table for the first two weeks.

What a remarkable turnaround it has been, to go from that stage, to become champions.

The Chennai Super Kings have historically been the best team in the history of the IPL.

Having now won the IPL twice in the last three years, the Mumbai Indians are becoming the new dominant force in the IPL.

Congratulations to the Mumbai Indians – the Champions of IPL 8!