Indian actor and singer Dhanush comes to India’s aid in the Chennai floods alongside Shahrukh Khan, and many more famous names. DESIblitz reports.

"The people network has been so strong which has helped the city more than anything else."

He has been seen handing out boxes of food, water and dry clothing to those left stranded due to the intense rainfall.

It holds host to constant live updates of the crisis in India and how people can offer donation and offer a helping hand.

If anybody has food readily available for tonight pls send it kamarajar arangam. We just ran out of food packets.close to 1700 pple there

His fans have been actively helping out the Bollywood star by delivering food to various places:

Dhanush is not the only one to show support to the people of Chennai in this time of crisis.

Global superstar Shahrukh Khan has also reportedly donated Rs. 1 crore (£98,747) to the Relief Fund, alongside Dipika Pallikal, who has given Rs. 2 lakh to the cause.

#SRKDonates1crToChennai is one of the top trends on Twitter in India, increasing the awareness to this disaster and how people can help. 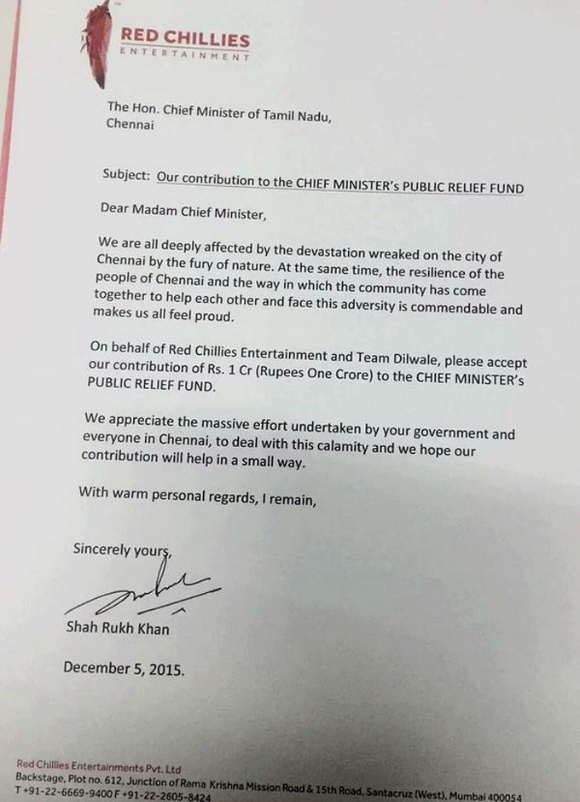 Other famous names such as Rana Daggubati of Bahubali (2015) and sportsperson Saina Nehwal have also contributed.

With the support from these celebrities, the victims of the flood may stand a better chance of survival and rebuild their lives.

The Indian city of Chennai (Madras) has been hit with severe rain and flooding, causing risk to life and destruction of many buildings and homes.

At least 280 people are known to have died, while thousands are still stranded at various areas of the city with no food, water or electricity.

Nevertheless, the community has displayed a tremendous level of kindness towards each other.

Sundaram says: “My parents’ neighbour informed my sister in Bangalore that they were doing OK and relieved us of the tension.

“The people network has been so strong which has helped the city more than anything else.” 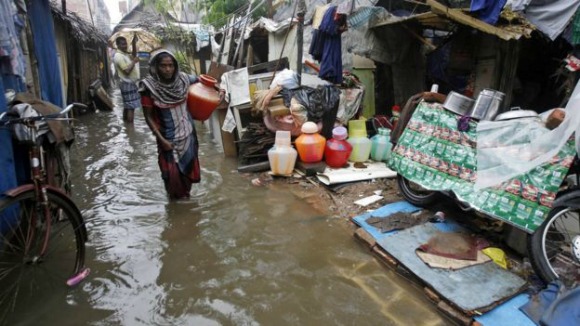 Climate change is said to be the main cause of the rain, the heaviest in 100 years.

Jayalalitha says: “The rain that was meant to be spread out over the monsoon months has poured in just a few days.”

Luckily, the rain is beginning to subside and recede from the city, which could hopefully mean an end to the devastating natural disaster.

It may take a long time, but with the help of donations and support worldwide, Chennai will hopefully regain its strength once again.

Images courtesy of DNAIndia.com and AP