Arsenal will attempt to become the most successful club in the 144-year history of the FA Cup.

Arsenal and Aston Villa will meet in the 134th FA Cup Final on Saturday 30th May 2015, on the hallowed turf at Wembley Stadium.

The FA Cup is the oldest cup competition in the world. Growing up with the folklore of the FA Cup was a part and parcel of childhood in England.

In the era of astronomical finances and Champions League superstars, many question whether the FA Cup still has the same allure. But to the players, and the hardcore fans, it always will.

Arsenal will attempt to become the most successful club in the 144-year history of the FA Cup, by winning the tournament for a record 12th time, and go ahead of Manchester United in the all-time winners table. 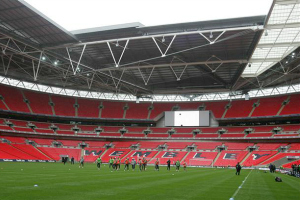 Furthermore, they are looking to defend their FA Cup title, and win it back-to-back, for the first time in 12 years.

On the one hand, Arsenal have had a successful season. They finished in third place in the Premier League, thus qualifying directly for the Champions League. And now they are on the verge of defending their FA Cup crown.

On the other hand however, their critics always seem to point to a host of shortcomings, including their failure to win a Premiership since 2004.

Aston Villa have lifted the FA Cup five times. However, the last time that they won the trophy was 1957. Their last appearance in the FA Cup Final was 15 years ago. In that match in 2000, they lost 1-0 to Chelsea.

Current Villa manager Tim Sherwood’s record of 16 points from 13 league games is hardly stellar. But his enthusiasm and passion have secured Villa a place in the Premier League next season, and a place in this year’s FA Cup Final. 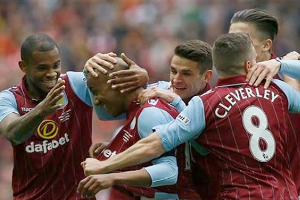 If Aston Villa win the FA Cup, they will earn the privilege (or the curse) of playing in next season’s Europa League.

However, the club finished the season on an abysmal note, with a 6-1 thrashing by Southampton, and a 1-0 loss in front of their home fans on the final day of the Premier League, to bottom-of-the-table Burnley.

Arsenal’s Road to the Final began with a comfortable 2-0 victory in the third round, against Hull, their opponents from last year’s final.

They followed that up with a 3-2 away win against Brighton, and then a 2-0 home win against Middlesborough, thanks to a brace from Olivier Giroud.

The highlight of their FA Cup was a 2-1 away win against Manchester United in the quarter-final. Former United striker, Danny Welbeck, scored the winner in front the Old Trafford crowd. 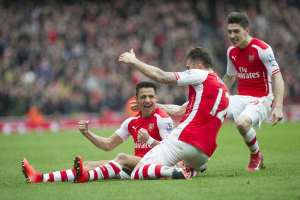 In the semi-final at Wembley, just like in 2014 against Wigan, the Gunners struggled against lower-division opposition. Only a spill by Reading goalkeeper Adam Federici allowed Arsenal to sneak through to the final, 2-1.

Aston Villa have enjoyed an exciting journey to the final. It began with a blasting Benteke volley seeing them through round three against Blackpool.

A pair of wonder goals by Carles Gil and Andreas Weimann secured a 2-1 home win against Bournemouth.

The 5th round tie against Leicester City is when Tim Sherwood, came down from the stands to give a half-time team talk, which spurred them on to a 2-1 victory.

The highlight for Villa, and for Tim Sherwood’s managerial reign, was their 2-1 semi-final triumph over Liverpool. Thus, spoiling Steven Gerrard’s chance to celebrate an FA Cup Final birthday-farewell with the Liverpool faithful.

Villa will hope for a repeat of their semi-final performance which featured Christian Benteke’s power and presence, Fabian Delph’s dazzling speed, and Jack Grealish’s wizardry.

The impressive triumvirate will be looking to capitalise on Arsenal’s defensive frailties.

Arsenal’s defence has always been a weak link, since the towering Tony Adams and co retired. Unfortunately, German World Cup winner Per Mertesacker has often looked out of sorts in English football. 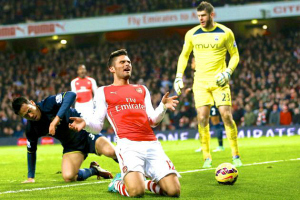 Like last season, Wenger has used a different goalie for the League (Ospina) and the Cup (Szczesny). Who will he choose? And will this be a factor?

Danny Welbeck will not be available due to injury. So Arsenal will need front man Giroud to be firing on all cylinders. Will will see Theo Walcott make an appearance in the final?

Aston Villa’s ability to harry them and get physical, which is what you would expect in a good old-fashioned cup tie, will be crucial in levelling the playing field.

Arsenal will surely go into the match as favourites. They have already beaten the Villains twice this season, 3-0 at Villa Park, and a whopping 5-0 at the Emirates, for an aggregate score of 8-0. 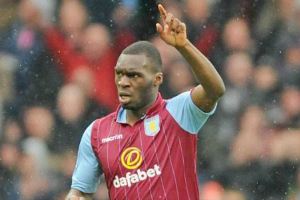 In there last 34 matches against Arsenal, Villa have only won three times. In addition, Arsenal have only lost once in their last fifteen matches.

However, Villa have scored twice in all but one of their matches in the 2015 FA Cup campaign.

And in the FA Cup form goes out of the window. It is all about who is the best team on the day. And on the day, anything can happen.

The FA Cup Final will be broadcasted LIVE on BBC One and BT Sport 1, and on BBC Radio Five Live. Kick off will begin at 5.30pm.