Arsenal climbed to the top the Premier League leaving Aston Villa firmly rooted at the foot of the table on December 13, 2015. The visitors came away with three points from Villa Park in what was a fairly straightforward victory.

"It was a perfect week for us."

The win topped off a very good week for the Gunners who reached the last 16 in the Champions League after Olivier Giroud’s hat trick in Athens midweek.

And it was the Frenchman who was amongst the goals yet again; this time he calmly finished from the penalty spot for Arsenal’s first.

Theo Walcott was clearly brought down in the ninth minute of proceedings by Alan Hutton in what was a stonewall penalty. 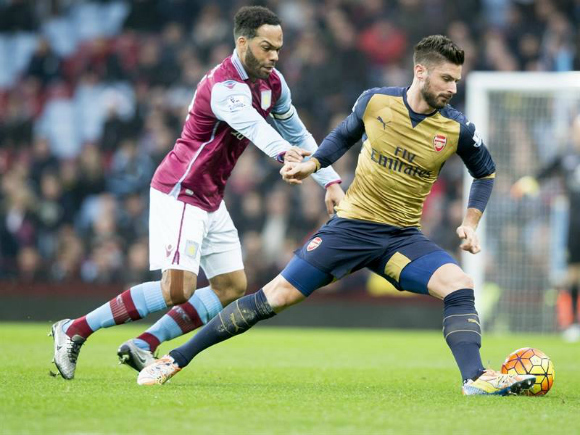 However, referee Kevin Friend initially didn’t give the decision despite having a perfect view of events; it was actually the linesman from the other half of the pitch who unorthodoxly gave the spot kick after consultation.

Aaron Ramsey winning the ball on the halfway line.

A swift pass to Walcott who then found Mesut Ozil in acres of space squared the ball back to Ramsey putting it on a plate for the Welshman who finished the move he started. 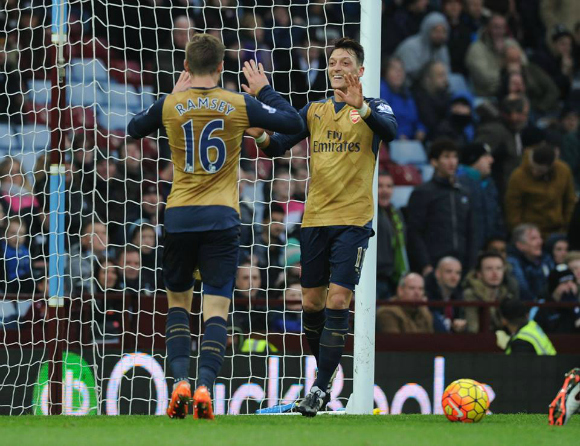 Arsenal’s extremely high line forced Villa’s formation into a very deep position for the majority of the game. The Gunners can afford to adopt this tactic because they are so good in possession and, in this case, they were up against significantly weaker opposition.

Because of this when Arsenal were on the counterattack they had much less ground to cover and when you have an outlet like Walcott the yards are eaten up in a matter of milliseconds; Villa had hardly any time to react.

Whether they’ll continue to adopt this tactic in their crucial upcoming fixtures against Manchester City and Barcelona is questionable. 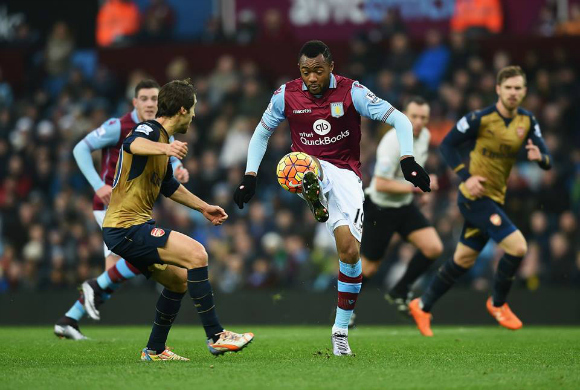 Gestede’s lack of movement up top means Villa’s midfielders can’t use him as an outlet to penetrate through the centre. They are constrained to play the ball wide to cross it into the box which won’t work every time and Villa will become predictable.

On the plus side for Villa, they were looking brighter than in recent weeks moving the ball along the floor more incisively with Sinclair, Ayew and Traore all showing a promising sense of urgency; if Gestede can be their outlet they can turn their season around. Jack Grealish also made his return. 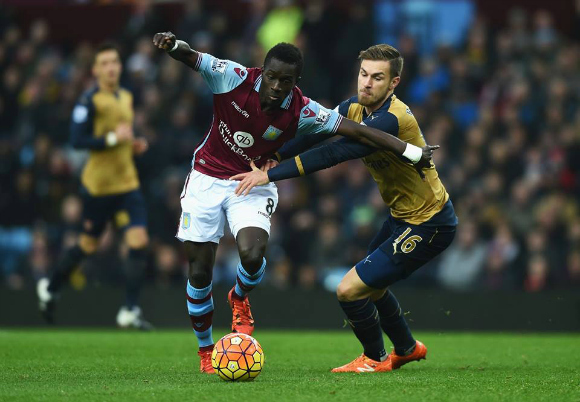 Aston Villa manager Remi Garde later said: “I know there is a big expectation at home but we were playing the best team currently in England. I don’t have any reproach for my players.

“I knew the size of the challenge before coming. Now we have games that we have to win against direct opponents. The next few matches will be crucial for us.”

Arsenal manager Arsene Wenger added: “It was a perfect week for us. We spent a lot of energy away in the Champions League on Wednesday but found the resources to win again here today, in another away match.

“This season is so unpredictable that you just focus on yourself and try to play well in the next game. You know if you are consistent then you have a chance. This is an opportunity for us to find that consistency.”

Aston Villa have a make or break next five games. Their next game is at Newcastle next Saturday, followed by West Ham (h), Norwich (a) and Sunderland (a).

Arsenal face a huge encounter with Manchester City at Emirates Stadium on December 21, 2015, and have drawn Barcelona in the Champions League last 16.