“There are different types of training that I have gone through like swimming, kick-boxing, Pilates, MMA.”

Releasing almost a month before the film itself, the song sees our favourite Bollywood Jodi, Katrina and Salman Khan reunite on screen.

The pair groove together after a span of 5 years since ‘Mashallah’ from Ek Tha Tiger, the first instalment of TZH.

Promising to be the perfect party anthem for end-of-year celebrations, the song is crooned by Vishal Dadlani and Neha Bhasin.

The track itself is a fun mix of East meets West, celebrating culture with epic dance beats.

Shot in the stunning backdrop of Greece, the video features a combination of 100 ballerinas, hip-hop dancers and Afro-dance hall performers.

Many of these performers are from various countries including Greece, France, and Trinidad and Tobago.

Because of Vaibhavi Merchant’s catchy choreography, the picturesque dance number could easily become the next sensational track to rule B-town. 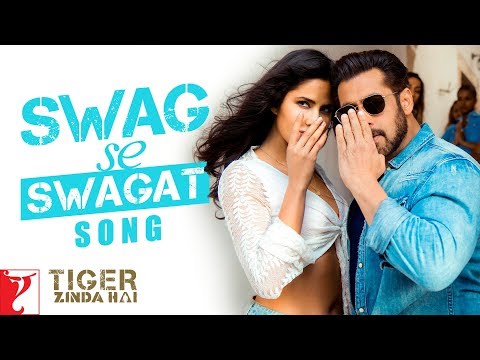 “We set out to involve dancers from all over the world with the purpose of setting a universal tone to the number. Salman and Katrina have done a fab job of dancing with them too.”

Needless to say, Katrina looks positively breathtaking in the video. Donning denim shorts and a cropped shirt as well as flowing maxi dresses, Kaif has noticeably been keeping her body in perfect shape.

“There are different types of training that I have gone through like swimming, kick-boxing, Pilates, MMA because of the nature of the film Tiger Zinda Hai is and the nature of action which Ali wanted in the film.”

The 34-year-old actress adds: “So when the song shoot came, honestly I just maintained what I had been doing for the film.”

Salman too looks the epitome of ‘swag’ and cool in his denim shirts and jeans. His trademark sunglasses and bracelets add to the relaxed vibe of the surroundings.

Director Zafar talks about the beautiful Jodi of Salman and Katrina reuniting once again:

“Everyone already knows that both Salman and Katrina have this unspoken sizzling chemistry on screen and what this song does is, it exploits it in the most beautiful way.” 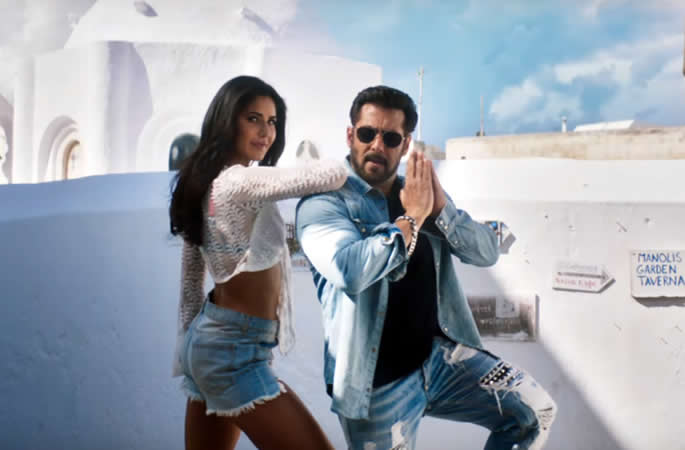 Fans of the two Bollywood stars have been eagerly awaiting for the film Tiger Zinda Hai and the songs from it. On 15th November 2017, Katrina teased her followers on Instagram by posting a few stills from the much-awaited song.

After observing her sexy athletic body, it is clear that a lot of effort has gone in for the preparation of the song and the film itself.

Continuing her role from the first film of the ‘Tiger’ franchise, Kaif plays Zoya, the fearless and fierce Pakistani spy.

She has already wowed the audience with her jaw-dropping action stunts and heavy dialogue delivery in the film’s trailer. Post ‘Swag Se Swagat’, one looks forward to seeing what more Katrina has to offer in this Yash Raj Films production!