How did MS Dhoni lead CSK to the IPL 8 Final?

MS Dhoni waved his magic wand like the conductor of an orchestra majestically waving his baton.

The Chennai Super Kings defeated the Royal Challengers Bangalore by three wickets in Qualifier 2 of the IPL 8 Playoffs at the JSCA International Stadium, in Ranchi, Jharkhand, on Friday 22nd May 2015.

In what proved to be the Dhoni Show, it was a homecoming for MS who returned to his hometown of Ranchi, which might as well be renamed ‘Dhoni-ville’.

People turned out in their droves to see their hometown hero in action. In what was supposed to be a neutral venue, the twelfth man factor cannot be underestimated in aiding the Chennai Super Kings in their victory.

Right from the moment he won the toss and chose to bowl, MS Dhoni waved his magic wand like the conductor of an orchestra majestically waving his baton. 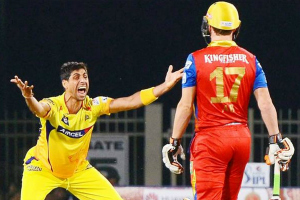 After having won the toss and deciding to bowl, Dhoni threw the ball to Nehra to open the bowling. This decision might have surprised some of the experts, but it paid off nevertheless.

Prior to IPL 8, Ashish Nehra was largely a forgotten ‘has-been’ of a previous era. But he has been one of the surprise packages of this IPL campaign.

The RCB openers Gayle and Kohli made a steady start to their innings. They eased to 23 in the first four overs.

However in the fifth over, Nehra struck twice with two lethal blows, which turned the game on its head.

In the first ball of the over, he took the wicket of megastar Virat Kohli who was caught by Mohit Sharma at deep fine leg.

In the last ball of the fifth over, Nehra took the wicket of AB De Villiers, one of the world’s best batsmen. His beautiful in-swinger trapped the South African lbw.

With the RCB batting order being so top heavy, they were going to be heavily reliant on Chris Gayle. It was going to be a tough ask for RCB. 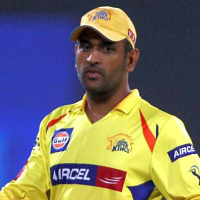 The Ranchi wicket was a very slow one. It was going to be difficult to score and batsmen would have to work hard for their runs.

MS Dhoni is very used to the conditions at his home ground. So he used his spinners well to strangle RCB in the middle of the innings.

Ravichandran Ashwin proved why he is one of the best spinners in the IPL. He only took one wicket but his 3.25 economy rate was one of the main reasons why RCB were so restricted in their score.

Suresh Raina was also a thorn in RCB’s side. He took the crucial wicket of Chris Gayle, the last of RCB’s big hitters caught and bowled.

Dwayne Bravo adapted his style and effectively bowled as a third off-spinner for the Super Kings.

The Super Kings restricted the Royal Challengers to 139-7 from 20 overs. This scored proved to be about 10 to 20 runs below par.

Captain Dhoni and the Super Kings planned a calculated and well-paced run chase. 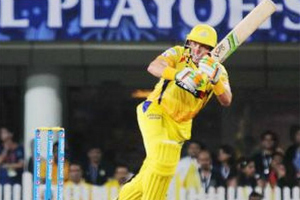 For most IPL 8, ‘Mr Cricket’ Mike Hussey sat on the pine pony, as he made for the World Cup superstar Brendon McCullum.

He used this time with maximum effect as a mentor and batting coach for the younger players in the team.

In this crucial playoff, the Aussie opener played the anchor role in the CSK innings as he scored 56 off 46 balls.

Most would associate the IPL with flashy shots and power hitting. But the 39-year-old was out of practice and not connecting as he would have liked.

Thus only 24 of his runs came from boundaries, meaning he actually ran 32 of his runs. The 39 year old used his wealth of experience to grind out a gritty innings.

He took measured risks, and despite lacking form, still managed to hit a couple of crunching sixes.

Michael Hussey showed the perseverance and desire of a true professional with his match-winning performance. He is not called ‘Mr Cricket’ for nothing.

If it was Hussey who got Chennai’s innings going, it was Dhoni who saw CSK home safely once again.

For the last decade, since he burst onto the international cricket scene, Dhoni made his name as a fantastic finisher.

With all the pressure on his shoulders, it was he who saw out India’s 2011 World Cup winning innings versus Sri Lanka at the Wankhede in Mumbai.

The ‘Ice Man’ did this once again with his 26 off 29 balls. It might not have been a classic innings but ‘Mr Cool’ got the job done. In his entire career, have we ever seen him get flustered?

The Chennai Super Kings, who finished at the top of the IPL 8 ladder, will now face the Mumbai Indians in the Final of IPL 8.

It will be a rematch of Qualifier 1, which the Mumbaikars won (which you can read about here).

MS Dhoni and his Super Kings will have the chance to exact revenge.

Virat Kohli is World’s 6th Most Marketable Athlete
Why is Jose Mourinho Invincible?