Virat Kohli has been named the sixth most marketable athlete in the world. This puts him ahead of the likes of Cristiano Ronaldo, Lionel Messi, and Usain Bolt. DESIblitz reports.

It is heartening to see Indian sports stars being recognised on the global stage.

Virat Kohli, the face of Indian cricket, has been ranked as the sixth most marketable athlete in the world by sports magazine SportsPro.

This means that he is considered to be more marketable than Jamaican sprinter Usain Bolt, and La Liga superstars Lionel Messi and Christiano Ronaldo.

Fellow Indian sports starlet, Saina Nehwal, was the only other Indian to make the top 50. She was ranked in 44th position.

The badminton ace was crowned World Number One earlier this year (which you can read about here).

According to the report, the most marketable athlete in the world is female French-Canadian tennis sensation, Eugenie Bouchard. 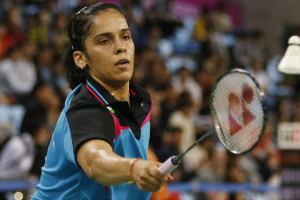 The only other cricketer in the top 50 was Australian Steve Smith, who captained Rajasthan Royals in IPL 8. (You can read why the Virat Kohli’s Royal Challengers Bangalore thrashed Smith’s Royals in the IPL Playoffs Eliminator here).

SportsPro, who published the report, ranked the athletes against criteria such as age, home market, charisma, willingness to be marketed, and crossover appeal.

The SportsPro team said that they considered the marketing potential of an athlete over the next three years, not their current potential.

The Editorial Director of SportsPro, James Emmett, said: “As ever, these rankings are not about pinpointing the most commercially valuable athlete in the world today, but rather they are an attempt to identify marketing potential over the next three years.” 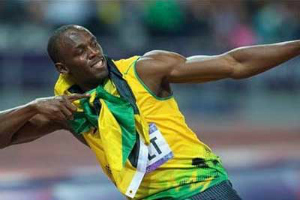 “There is debate every year about who does and doesn’t make the list. Our underlying mission is always in identifying athlete marketing bets for the mid-term future.

“In other words, if you were a sponsor, which athletes are going to provide value for your marketing money, and help build your brand over the next three years?”

The Top 10 most marketable athletes in the world are:

Virat Kohli, as the test captain of the India cricket team, is the star of Indian cricket. He has been expected to fill the vacuum left by the retirement of the ‘Little Master’ Sachin Tendulkar.

His relationship with the beautiful Bollywood actress, Anushka Sharma, also ensures that he is constantly in the limelight. (You can read about his reaction to Anushka being attacked on social media here). 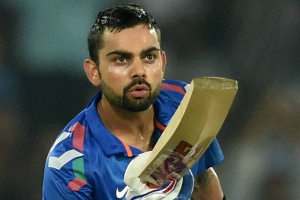 Currently, Virat Kohli is captaining the Royal Challengers Bangalore (RCB) in the eighth edition of the Indian Premier League (IPL), which are at the Playoffs stage.

RCB will play MS Dhoni’s Chennai Super Kings in Qualifier 2 of the IPL 8 Playoffs at the JSCA International Stadium, in Ranchi, Jharkhand, on Friday 22nd May 2015.

The winner of that match will earn the right to face the Mumbai Indians in the Final of IPL 8, at Eden Gardens in Kolkata, on Sunday 24th May 2015.

There is an abundance of sporting talent amongst India’s one billion-plus population. Yet India struggles to produce world class althletes.

Therefore, it is heartening to see Indian sports stars such as Virat Kohli and Saina Nehwal being recognised on the global stage.

How has IPL revolutionised batting in Cricket?
How did MS Dhoni lead CSK to the IPL 8 Final?