Indian Athlete to compete in BodyPower Fitness after Polio Battle

Sham Singh Shera is set to compete at the 2017 BodyPower Fitness expo. Learn how the Indian athlete overcame polio to create a successful sports career.

"I decided to do something positive with my life so people couldn’t limit me by my condition."

An Indian athlete, who battled with polio in his early life, will compete at the BodyPower Fitness event, taking place between 12th-14th May 2017. Sham Singh Shera will enter the UK competition as a bodybuilder for the first time in his sports career.

The fitness competition will be held at the NEC in Birmingham.

The Indian athlete will compete at the Physical Culture Association (PCA) Championship on 13th May. He will then feature at the Guest Pose, on the following day.

The event aims to celebrate the accomplishments achieved in the fitness industry.

Sham Singh Shera has led an inspiring career. Diagnosed with polio at only one-year-old, the Indian athlete had faced initial struggles growing up.

Polio acts as a harrowing disease which can cause paralysis and muscle weakness. In Sham Singh Shera’s case, he had polio in his right leg, which significantly affected his movement.

The athlete recounted his early years living with his disability: “When I was growing up and started to understand more about Polio affecting me I was so sad, but I decided to do something positive with my life so people couldn’t limit me by my condition,” he says.

He pointed out his older brother as the source of his inspiration, recalling: “He used to train hard, working out at the local gym, going for morning walks. It made me want to do the same. At 15, I started following his regime, avoiding walking supports and gradually turned the odds in my favour.”

Therefore, despite the physical and mental struggle, he endured an intense programme of daily training sessions. In time, the regime helped him to develop stronger muscles in his right leg.

This, in turn, led to his outstanding career as a bodybuilder.

Throughout his life, the Indian athlete has won various championships, both national and international. In the past, he has held the titles of Mr India, Mr World (Wheelchair) 2011 and even won the IFBB World Championship. 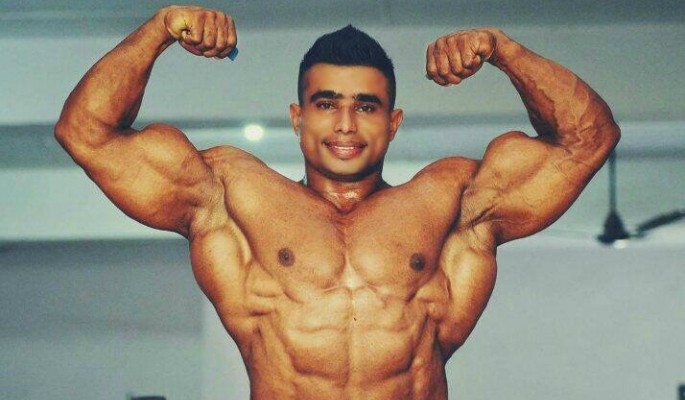 Not only has he received many awards and accolades, he’s proven to be a big hit with Bollywood stars! During one of Sham’s competitions, Salman Khan took to the stage to make a speech in which he supported disabled body builders. He also congratulated the Indian athlete for his achievements.

However, Sham still faces many difficulties. He explained: “It is not easy to have funding or support as a bodybuilder. In 2011, I didn’t have much money for my visa, tickets and accommodation for the Mr World competition in Spain.

“My parents sold many items and my father even sold his tractor and farming equipment to give money so I could enter the Mr World competition.”

After so many highlights in his life, the next step for Sham Singh Shera involved creating his own fitness centre. Located in Faridkot, India, Shera Fitness Club aims to support others in their training so they too can develop their abilities.

“I’m happy and grateful to BodyPower for supporting me to come to the UK for the first time – and to compete as an athlete. Thanks to them I can continue to pursue my career.” 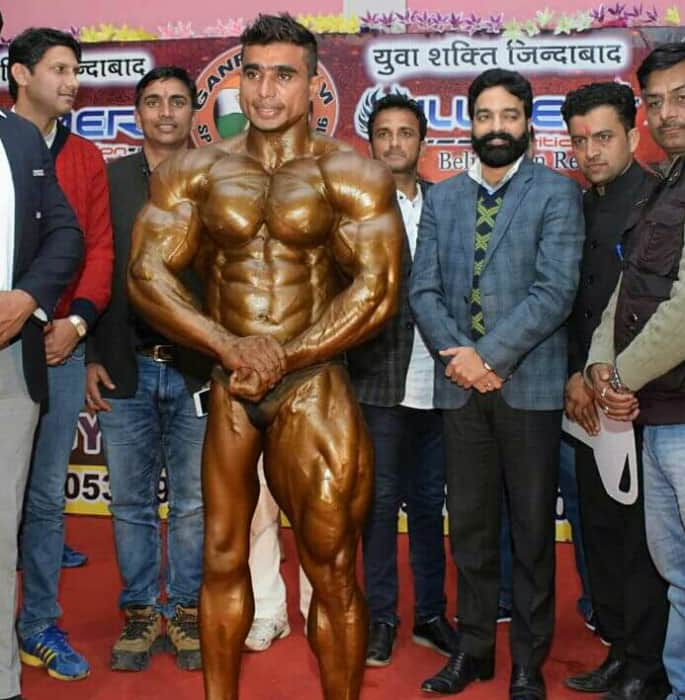 The organisers behind the fitness event also expressed their excitement with Sham’s appearance. In particular, CEO Nick Orton explained how BodyPower Fitness acknowledges the achievements of all their competitors, regardless of any disabilities.

“All our athletes demonstrate the power of the human body to achieve spectacular levels of fitness – they are actively pushing the boundaries of the body’s power. Regardless of each individual’s starting point, all athletes have to overcome some sort of hurdle – be it personal, physical, social or emotional – to achieve their ambitions.”

“We at BodyPower were humbled to hear Sham Singh Shera’s story and are happy to help support him to showcase his impressive achievements here in the UK. I hope that his story reaches and helps to inspire athletes from all communities, all over the world.”

Sham’s story really does hail as a story of inspiration, passion and courage. No doubt his life will reach out to many who struggle but continue to persevere.

Make sure you check out the inspirational athlete at BodyPower Fitness between 12th-14th May 2017. And to learn more about the bodybuilder, check his Facebook.