BodyPower Expo 2017 brought together athletes and bodybuilders for a visitors treat of muscle, fitness and diversity. DESIblitz went to find out more.

"My favourite exercise is pull-ups. I know that sounds weird coming from a girl!"

BodyPower Expo 2017 took place in Birmingham, UK, between 12-14 May 2017. Showcasing a huge diversity in global talent, fitness and nutrition exhibitors and lots more!

BodyPower Expo 2017 offered something to every visitor. From competitions, entertainment to the opportunity to taste and try the latest in nutrition and supplements to aid your fitness goals.

The event was attended by record-breaking visitors. The traffic of people was huge at the event. Showing that every year, it is growing into the one-stop-shop for fitness, sports and bodybuilding.

Visitors had the opportunity to visit a multitude of stands around the halls of the NEC in Birmingham, showcasing protein powders, energy drinks, recovery supplements to the latest attire to make you look good in the gym and in public.

The chance to interact with athletes and use mini-gyms dotted around the event were definitely a hit amongst visitors.

Entertainment featured as part of the show on Sunday with a Bollywood twist where British girl dancers performed to hit tracks like Fevicol Se and Chittiyaan Kalaiyaan.

Star attractions at BodyPower Expo 2017 are always an undeniable hit. This year was no different.

The queues to meet stars like Martyn Ford, Dana Linn Bailey, Rich Piana and Robert Oberst were huge with people just waiting to get that selfie and autograph from them.

For DESIblitz, the key attraction was Sangram Chougule, a renowned Indian bodybuilder who has won titles such as Mr India (2010,2011) and Mr Universe (2012). 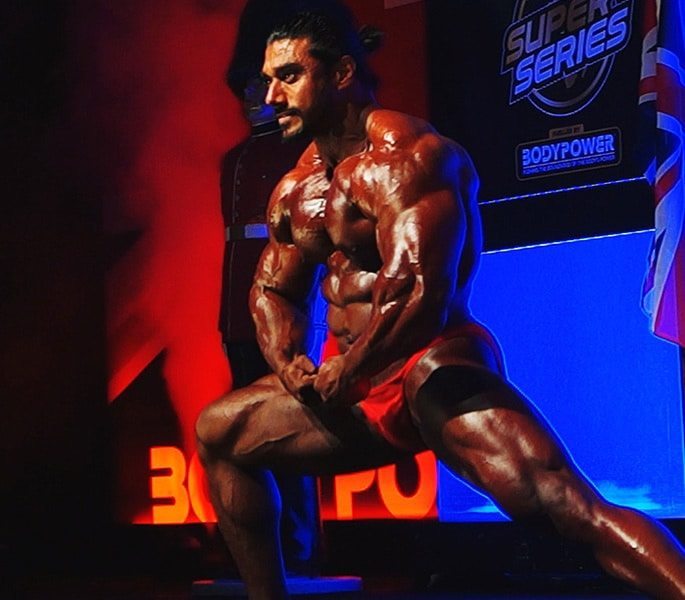 Meeting Sangram and interviewing him gave us an incredible insight into this athlete’s journey. A qualified engineer, Sangram turned to bodybuilding as a career in 2006.

His hardship and sacrifices show in his determination to compete and perform at shows. His dream to see India as the next big destination for BodyPower is a real one. He says:

“Because of BodyPower we all athletes, all the bodybuilders, we also get globalising in all the world.”

He added: “And because of BodyPower in India, many athletes it’s not possible to meet them at their countries; so they are coming to India. So, our people, our friends are getting a chance to meet them all.”

Sangram performed routines at the Bodypower Expo 2017 with a stunning display of his muscles and incredible body on stage.

We also met the tallest man in Europe at the show, who definitely was more than 7 feet! 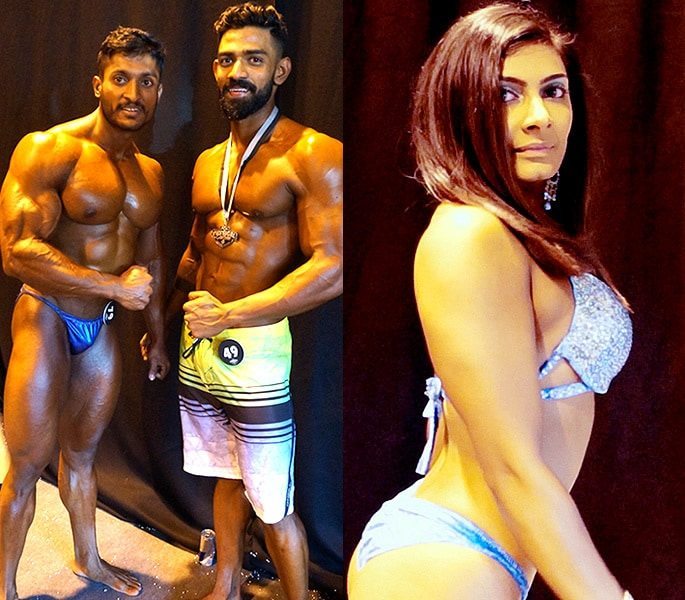 There were many competitions taking place at many parts of BodyPower Expo 2017 over the weekend in many different categories and body types.

It was good to see a large number of diverse women competing and taking part. As well as a good mix of men from different parts of the world.

The Auditorium was the centre-stage for a display of incredibly fit men and women competing for the crowns in their categories. With physiques that have taken time to build and maintain and evidence of very little fat on their bodies but lots of muscle. Yes, lots of detailed muscle.

We got a very insightful glimpse backstage of the preparations athletes and competitors went through before appearing on stage. The tension, nerves and excitement filled the air. With many of them doing last minute exercises to pump up their muscles.

We met Brit-Asian competitor  Chandni Ravalia, a bikini model from the UK. She told us about her training regime and her diet. When asked about how it feels to compete. She says:

“Amazing! Words can’t describe it. It’s not something I can explain to someone. You have to experience it.”

We also find out about her which exercise she loves most:

“My favourite exercise is pull-ups. I know that sounds weird coming from a girl!”

We met Ranjeet a British Asian competitor in the Men’s category who came second. His back muscles were very impressive, we have to say!

We also met up with two bodybuilding competitors from India, Bharat Raj and Balakrishna Bala who took part in the Men’s PCA competitions.

Bharat came third in his final. Whilst Balakrishna faced very stiff competition from a very large attendance of athletes in his round.

Watch our video of the BodyPower Expo 2017 highlights: 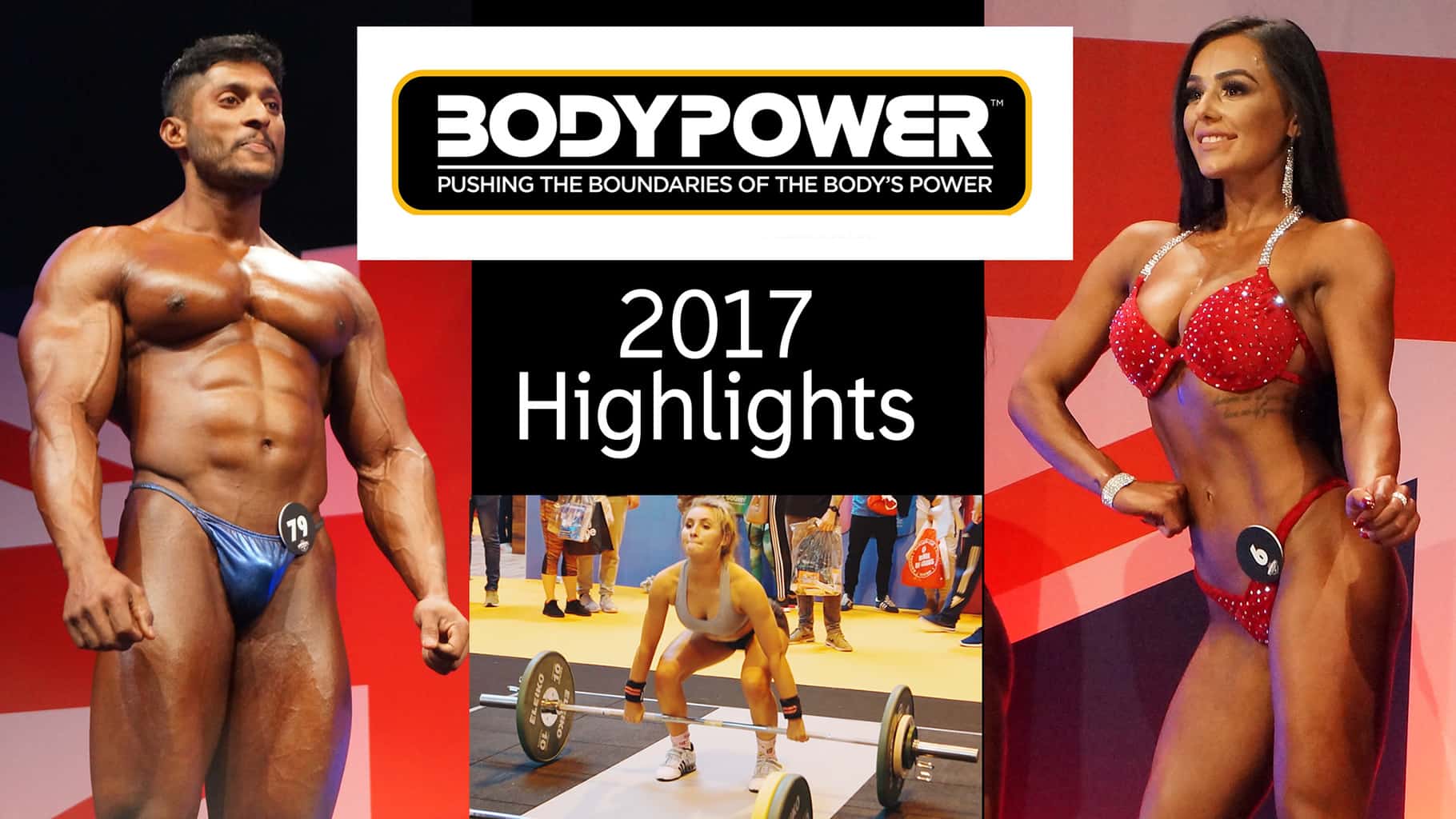 There were over 150 exhibitors are BodyPower Expo 2017.

We tried the protein water by WOW Protein which has a unique bottle which releases protein into the water, after you press it and shake the bottle.

Biotech USA was one of the loudest stands at the show, where they were giving away products by literally throwing them into the crowds!

Offers to try out healthy food samples and drinks to keep you vitalised were everywhere.

Lots of apparel was on sale with great discounts for the crowds.

We spotted a lot of British Asians at BodyPower Expo 2017 who showed a vested interest in bodybuilding, fitness and sport.

Many were there to meet the star athletes whilst others came to get ideas on improving their fitness regimes.

We spoke to a few who gave us their reactions to the show and their specific love for fitness.

‘H’ from Wolverhampton told us he had come to see Rich Piana and told us about his exercise regime:

“I train five days weights and one-day cardio. Every day is different so one body part a day.” 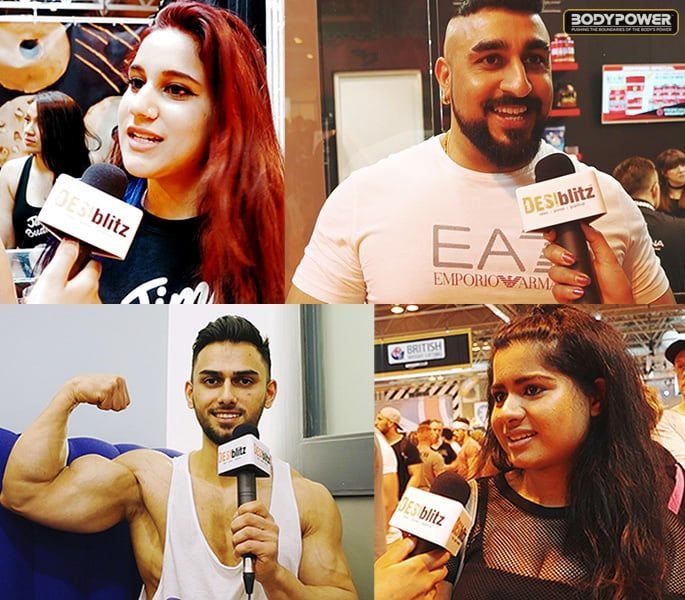 A young Brit-Asian woman told us:

“I do weights and a bit of cardio.” Her favourite exercise is ‘Hip Thrust’ because “you feel it the most.”

Wajid, a pharmacist and Men’s Physique competitor, who came first place in the British finals, chatted to us and was happy to show off his body to us. Telling us how it felt to win, he says:

“Came first place. It was an amazing feeling, to be honest especially because there were no other Asians there.”

Many others gave us their reactions to BodyPower Expo 2017 and how they were enjoying the event and why they came.

All in all, BodyPower Expo 2017 was a terrific and successful event and definitely gave everyone at the show something to take away from the show. Be it the freebies, thoughts on improving yourself or just the simple enjoyment of being able to see and meet the athletes and fitness stars that inspire you.