A sea of Harley Quinns, Deadpools and Kylo Rens. DESIblitz hit the show floor at the Birmingham MCM Comic Con 2016 to check out all the comic hero action.

One dedicated fan was clad in a hefty LEGO Batman costume

MCM Comic Con, the UK’s premier nerd culture convention has fans from across the UK gather to meet like minded folk and industry celebrities alike.

This convention is a celebration of comic books, videogames, intricate costumes and cultures from all over the world.

DESIblitz went to the Birmingham NEC on March 19, 2016, to find out what was going on. 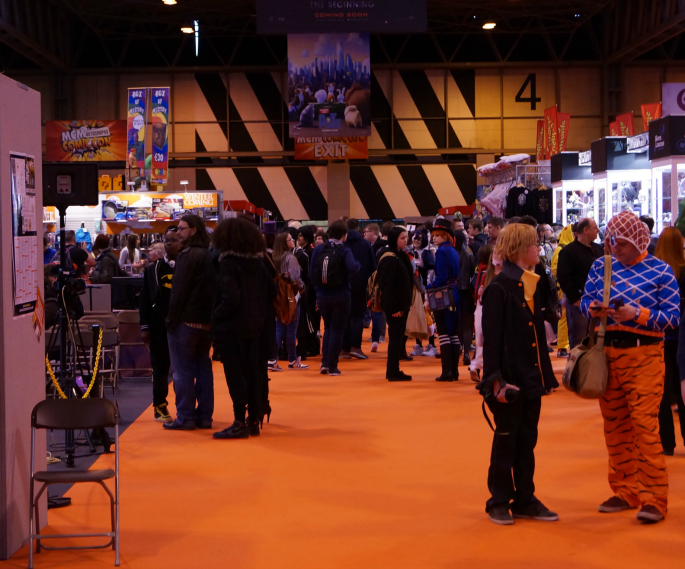 Never meet your heroes … unless at Comic Con

One of the big draws of MCM Comic Con is the opportunity to meet the stars of your favourite shows.

Red Dwarf actors Danny John Jules and Robert Llewellyn are seasoned veterans of the convention, and are always happy to talk to fans.

Dracula Untold and Holby City actor, Noah Huntley held a panel where he talked about his various roles. 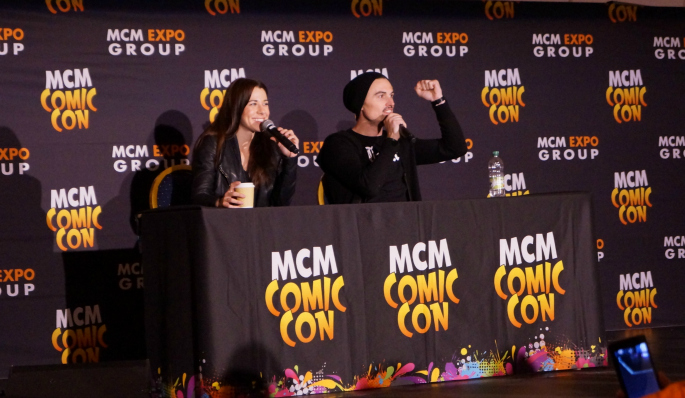 Assassin’s Creed Syndicate’s Jacob and Evie Frye, actors Paul Amos and Victoria Aitken talked about their experiences in motion capture and how modern technology has meant that game performances isn’t as simple as recording your voice any more.

Batman and Deadpool awkwardly meet, amidst a sea of comic book villains

The most striking thing about MCM Comic Con is the plethora of fans who arrive in intricate and fantastic cosplay costumes. 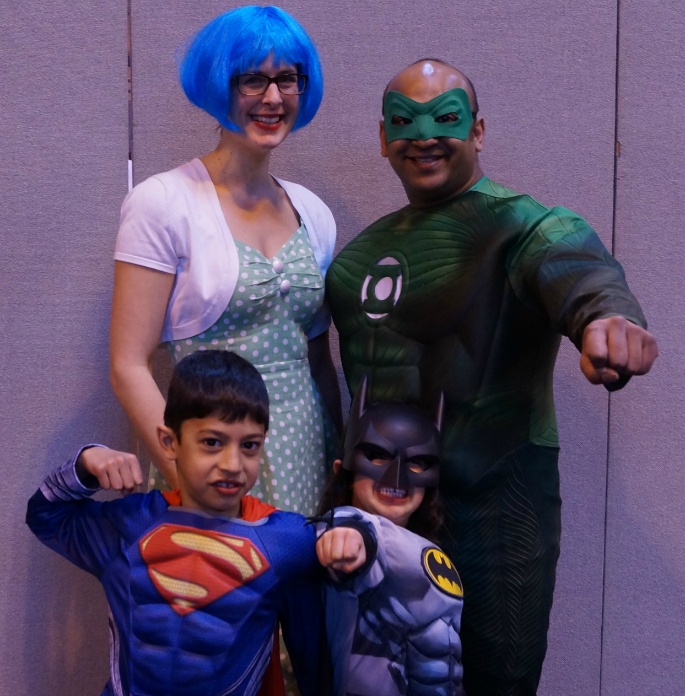 Popular choices this year are the Joker’s deranged other half Harley Quinn, his steel jawed nemesis and champion of justice Batman, and Marvel’s popular undying anti-hero, Deadpool.

Creativity plays a big part in costume making for these conventions, where fans take popular icons and give them a creative twist. 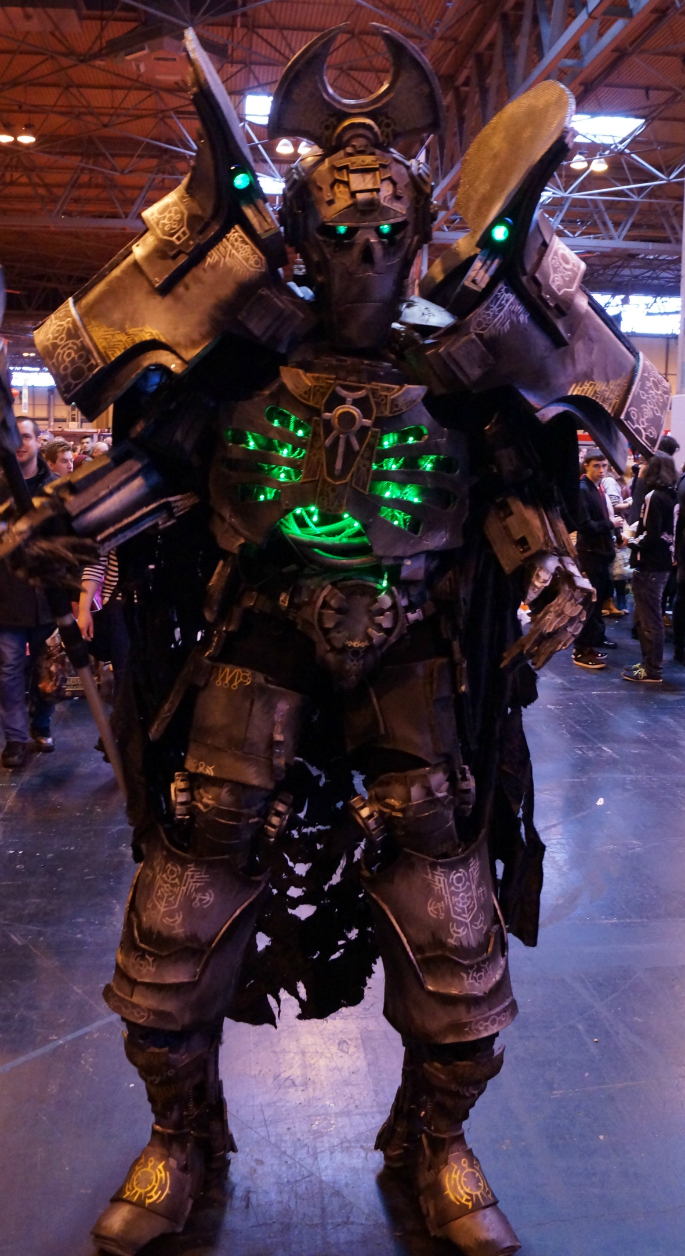 One dedicated fan was clad in a hefty LEGO Batman costume.

The wealth of diversity on show cemented the ideal that it doesn’t matter your race, gender or body type, if you are passionate about it, you can make any costume work.

Alarming to hardcore Star Wars fans, there were also a large number of couples dressed as Rey and Kylo Ren from The Force Awakens.

Feminist cats, Indian pirate queens and the most suggestive cactus in history

Amidst all the glitz and glamour of celebrity meet and greets, fantastic costumes and a generally positive vibe from the convention, the Comic Book Village offered a more low key but equally exciting venture.

Stall upon stall of artists promoting the fruits of their labour. You can find graphic novels, art pieces and portraits-on-demand by the artists for sale.

There was an impressively diverse selection on show.

On one stall you could find things like Thomas Coulter’s Blood Tear, a tale of a young man from Leeds who accidentally becomes death incarnate but mistakes it for conventional super powers.

Round the corner, Silvia Carrus’s satirical work about feminist cats.

Paulina Vassileva had an unusual alternative to the tired hyper-sexualised female portrait that plagued a lot of fantasy art, with a series of risqué sketches involving mostly nude men with carefully placed cactus plants. 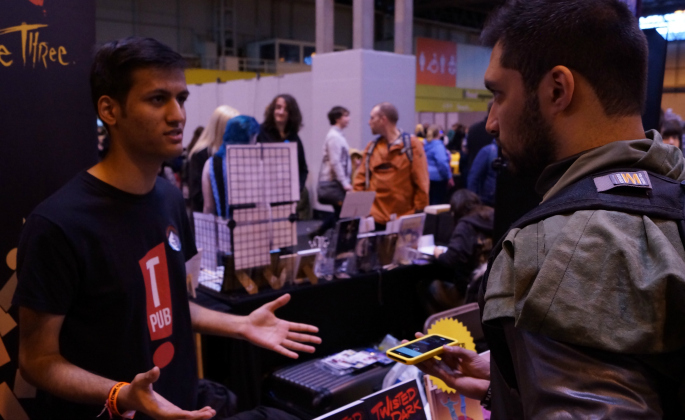 Graphic Novel publishers, T Pub spoke at length with us about diversity in the medium, especially with regards to their anthology collection by Neil Gibson.

Since the popularity of Marvel movies especially, T Pub told us, the way comic books are seen has changed and people have realised that its not as niche a hobby as once thought.

Twisted Dark features a wide range of characters from all backgrounds, including South Asian. By focussing on a large number of shorter stories, Gibson has been able to bring a much more diverse range of storytelling to the anthology.

A recurring question that came up at the convention was whether the push to diversity in graphic novels is a conscious creative decision during the process, or as a socially conscious revision. 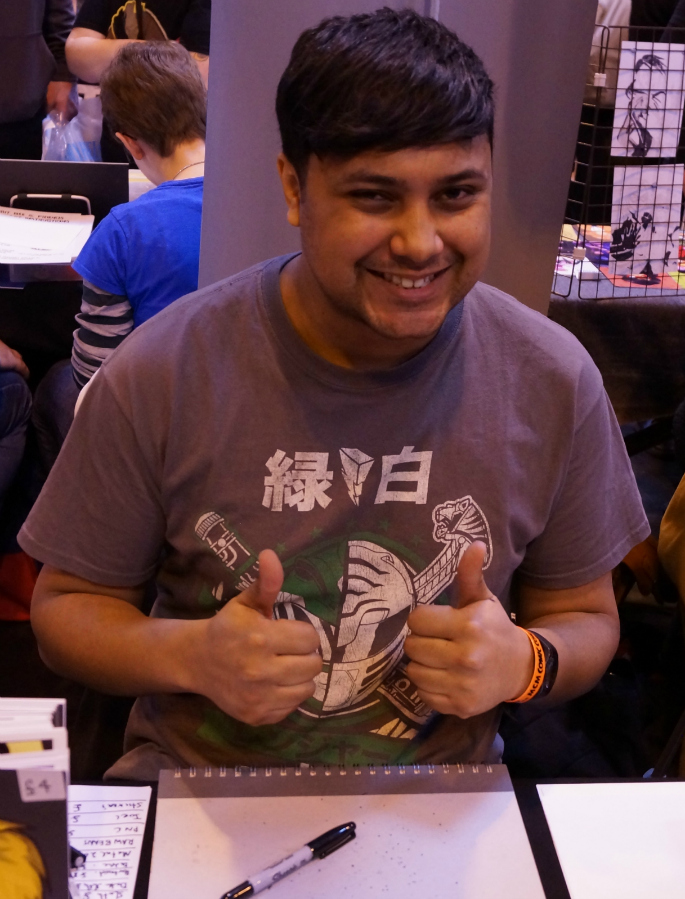 Others feel more uneasy about writing for diversity. One artist told us he felt uncomfortable writing ethnic characters because he simply wasn’t familiar with their lives and backgrounds.

Some lauded the efforts of bigger studios like Marvel for being inclusive, offering ethnic and gender diverse takes on classic characters.

Artist Lee Bradley argued that the industry has a fascination with retconning diversity into established characters in a way that over stereotypes and tokenises those characters. 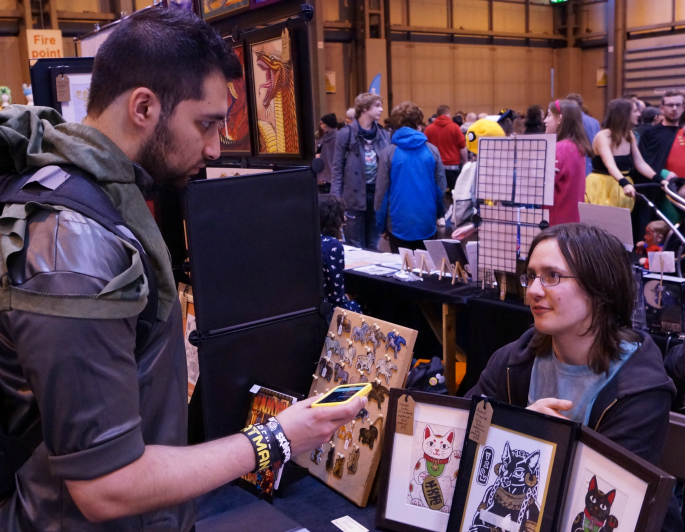 A few artists wholly support the push to diversity in the medium, notably Steve Tanner, the creator of one-shot stories for Timebomb Comics.

As an artist and a resident of Birmingham, Tanner was especially keen to show a more diverse range of South Asian characters.

His soon to be released new work, Flintlock, features a female Indian pirate as one of the main characters.

Listen to The Melting Pot talk about their MCM Comic Con visit here:

Comic Con is a convention that welcomes everyone, and offers something for everyone. By escaping tired assumptions and blind marketing, nerd culture has grown from being a mere fringe hobby to an all encompassing grand medium in itself.

Its a place where people from all kinds of background can meet each other, a place where you know others have the same interests as you.

It’s also a place where anyone can fulfil their dreams of being Batman.

Tom is a political science graduate and an avid gamer. He has a great love of science fiction and chocolate, but only the latter has made him gain weight. He has no life motto, instead just a series of grunts.
A Guide to Games Ratings for Asian Parents
How Esports is changing the Sports World