Which Pakistani Athlete was the Fastest Sprinter of Asia?

Pakistan produced a fine sprinter just over a decade after its creation. We spotlight a Pakistani athlete who was the fastest runner in Asia.

"The country witnessed world class sprinting for the first time."

Subedar Abdul Khaliq was a phenomenal Pakistani athlete who ran very fast for his country between the mid-50s and early 60s.

Khaliq was born on March 23, 1933, in the small northern Punjab town of Chakwal in Pakistan. Despite initially having a fascination for kabaddi, destiny took him to athletics, which was his first love.

The Pakistani athlete always had the attributes of a great short-distance runner. The medium height Khaliq had extremely strong thighs, with speed being his forte.

Head of the Pakistan Army Sports Board, Brigadier CHB Rodham, an Englishman, was the first person to identify the talent of Khaliq, selecting him in the army.

The youthful Khaliq made a quick impression, especially with his natural ability for sprinting. He became the best Pakistani athlete in the country, after advancing through the different grades of army meets.

The athletics craze ran in his family, with younger brother Abdul Malik also being a familiar Pakistani athlete within the army ranks.

However, it was Khaliq who went onto bring laurels for the nation with his pace on worldwide tracks. He was 100 times gold medallist at the national level.

At international meets, he was the winner of twenty-six gold medals. He won gold and set new records at various competitions, including 1954 Manila Asian Games, 1958 Tokyo Asian Games and the first Indo-Pak Meet 1956 in New Delhi.

We take a closer look at Abdul Khaliq, particularly his fast running victories and records for Pakistan. 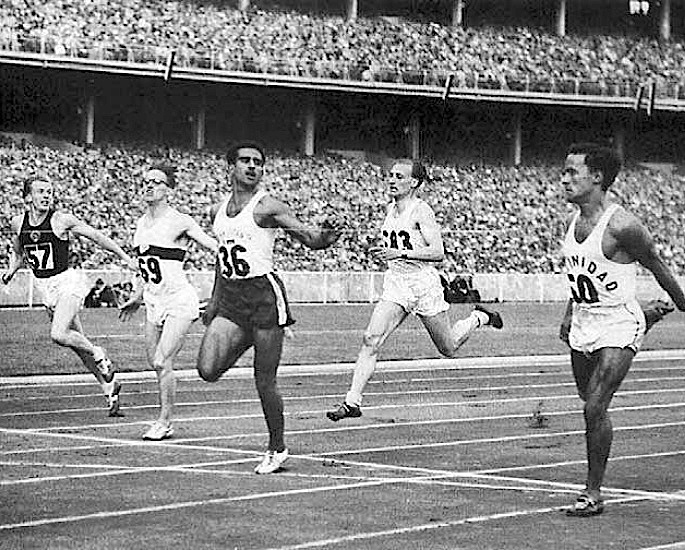 Abdul Khaliq from Pakistan was famously known as the ‘Fastest Man of Asia’. This is after making history at the 1954 Manila Asian Games.

In the 100 metres, Khaliq won gold, setting a new Games record of 10.6 seconds. The 23-year-old at the time went past the finishing line, pipping Philippines Genero Cabera (10.7) and M Gabriel (10.8) from India.

The Pakistani athlete beat the record, which was previously held by arch-rival Lavy Pinto (IND). He ran 100 metres in 10.8 seconds at the 1951 New Delhi First Asian Games.

Khaliq’s achievement was fantastic considering this was his first outing at a major international competition.
Surpassing the record of Lavy was the icing on the cake.

Indian Prime Jawaharlal Nehru who was a VIP dignitary in Manilla, dubbed Abdul Khaliq as the ‘Flying Bird of Asia’ after his super triumph.

For the second consecutive time at the Asia Games final, Khaliq (10.9) ran sub eleven seconds to cross the finish line at the Tokyo’s National Stadium.

Khaliq came ahead of Japanese Kyohei Ushio (11.0) and Isaac Gomez (11.1) from the Philippines. He was also instrumental in Pakistan winning medals in the 4 x 100 metres relay. This includes silver at the second Games (1954).

Additionally, in the third edition of the continental multi-sport event, Abdul collected silver in the 200 metres and a 4 x 100 relay bronze.

Khaliq was certainly dominant at the Asian Games between 1954 and 1958. President Ayub Khan presented Abdul Khaliq with the 1958 Presidential Award Pride of Performance for succeeding at the highest level. 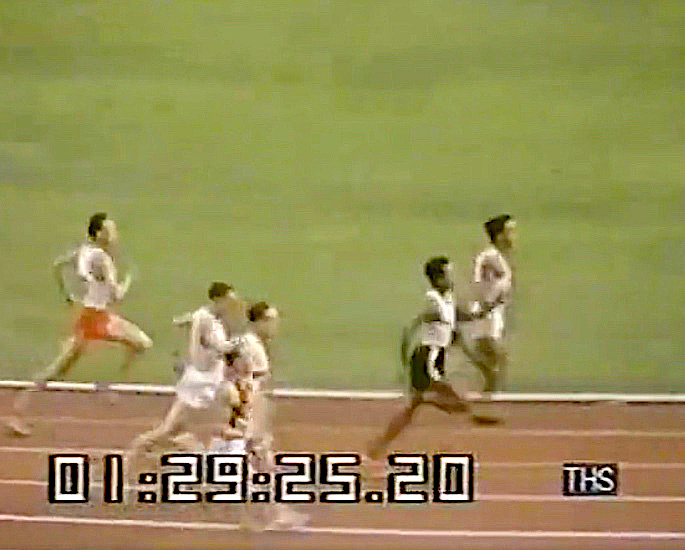 Abdul Khaliq was dominating many races with his speed until 1960. His success was not confined to the Asian Games.
He had a sprint double gold at the first Indo-Pak Athletics meet in Delhi during 1956.

In the 100 metres event, he had a time of 10.4 seconds, setting a new Asian and Pakistan record. In this race, he had beaten athlete VK Rai from India.

He then went onto register another Asian and Pakistan record in the 200 metres event. His time of 21.4 seconds, was quicker than the previous record by fellow compatriot Muhammad Sharif Butt.

Muhammad ran 21.9 in the 200 meters to clinch gold at the 1954 Asian Games. The Indian media was quick to acknowledge Khaliqs accomplishment, stating:

“The country witnessed world class sprinting for the first time.”

Khaliq then had gone on to produce a sensational 100 metres sprint at the 1956 Victorian Relay Championship in Victoria, Australia.

His 10.4 seconds dash at the Olympic Park equalled the Australian National record.

His run was only one-tenth of a second behind Bobby Morrow’ gold achievement in the 100 metres final. This was at the 1956 Summer Olympics in Melbourne, Australia.

Watch a video of Abdul Khaliq becoming the ‘Fastest Man of Asia’ here:

However, his finest hour had come at the 1956 Melbourne Summer Olympics. The Pakistani athlete came on the world radar, after reaching the semi-finals of the 100 and 200 metres.

He ran scintillating 200-metre runs, clocking 21.1 seconds twice to finish first.  This was the best time in the first two heats of the 200 meters at the 1956 Olympics.

Despite narrowly missing out for the finals in both events, pundits were fully praising Khaliq.

Khaliq also picked up gold medals at international meets at home and across the globe. In 1960, he was the fastest man of the International Meet at Lahore. Running 10.4 seconds, he achieved gold glory at this meeting. 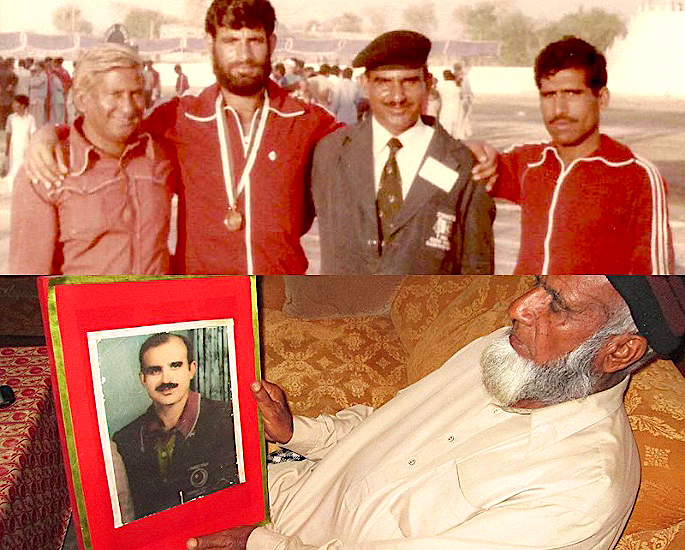 Following retirement, Khaliq had a successful coaching career as well. He was the Army, Punjab and National coach from 1965 to 1978.

Recognising his achievements on the track, his final rank in the army was of an Honorary Captain. As a sepoy, this was the highest rank that Khaliq could attain.

Abdul Khaliq sadly left this world on March 10, 1988, in Rawalpindi, Pakistan. After Khaliq’s death, the Army allotted his family a house.

Of his four sons, Mohammad Ashfaq was also a renowned Pakistani athlete in the army. Mohammad Ejaz, his third son, had served as an athletics coach with the Pakistan Sports Board (PSB).

It seems Khaliq’s tremendous sporting background rubbed off on his children.

There is no doubt that Abdul Khaliq made his country proud, raising the Pakistan flag high on the track during the Asian Games (Manila: 1954: Tokyo: 1998) and Olympics (Melbourne: 1956, Rome: 1960)

Family members and fans of Abdul Khaliq have been urging many to make a film on him, commemorating his wonderful career. This will inspire many young aspiring Pakistani sprinters to repeat the amazing feats of Abdul Khaliq.

Faisal has creative experience in the fusion of media and communication and research which increase awareness of global issues in post-conflict, emerging and democratic societies. His life motto is: "persevere, for success is near..."
New US Cricket League to be launched in 2022
Australian Indian Astra Sharma is a Smashing Tennis Talent