New US Cricket League to be launched in 2022

A US-based cricket league is set to launch in 2022 with the aim of reviving the sport there. Numerous stars have already backed it.

"There is a huge amount of demand"

Many prominent Indian personalities have decided to invest in Major League Cricket, an American professional league that will begin playing matches in 2022.

Major League Cricket should have been launched later in 2021 but was postponed due to the pandemic.

The league will begin with six teams in major cities in the US. For instance, one team in Dallas has already been announced.

While no other teams have been announced yet, Major League Cricket Co-Founder Vijay Srinivasan said:

“Some of them would be obvious, like the New York/New Jersey area and the San Francisco Bay Area.”

Sameer Mehta, Co-Founder, said that the number of cricket fans in the US is second only to India, and many fans travel to see games abroad every year.

The majority are originally from South Asia and the Caribbean. 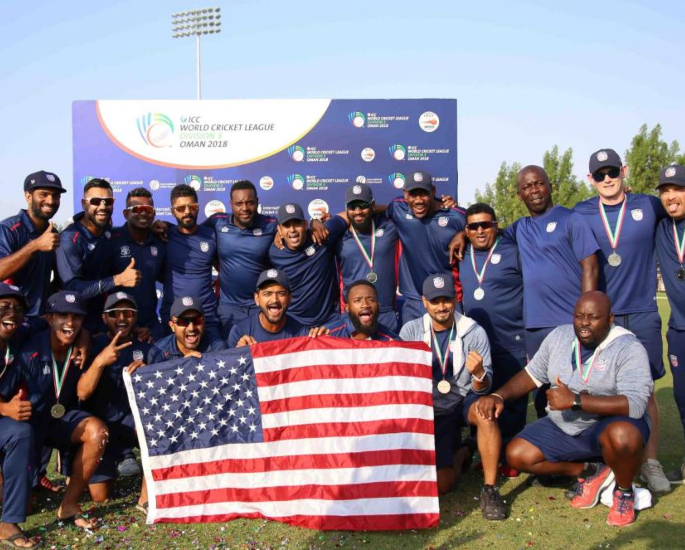 They aim to attract this exact audience and seem to be quite confident about it. Mehta added:

“There is a huge amount of demand from the US-based audience to consume the sport in person.”

The fact that fans sign up for highly specialised cable packages and streaming services to watch cricket matches is also an excellent indicator of the possible Major League Cricket’s future success.

Mohamed, who immigrated to New York from Guyana in the 1990s, is super excited for the launch of an American Cricket league and said:

“I had to pinch myself.

“So hearing about Major League Cricket and how it plans to become something like the Indian Premier League or other high-end tournaments was great news.”

Many fans are unaware of how to teach cricket to their next generations, due to a lack of coaches.

“My son wanted to play, and I was, like, there’s nobody to teach here, so I took it on myself.”

He also added that most of the kids who have enrolled have roots in South Asia, Australia and New Zealand.

Cricket is not a new game in the US.

It was the top sport in the United States in the mid-1800s but then lost its appeal because it was considered too slow for American tastes.

“American players thought that cricket was a slow sport because they batted a few times per game, and had little action in the field.”

On the other hand, baseball allowed players to bat several times a game and field a position every half-inning.

The Major Cricket League will play a shorter type of cricket, known as Twenty20, which limits matches to about three hours.

Sameer Mehta said: “It’s very fast-moving. It has a tremendous amount of action.

“It allows players to play with a lot of freedom.”

This style may attract even those who believed cricket to be a long and tedious game, compared to baseball or other American sports.

The League’s schedule will run during the summer in the US, to attract international talents without overlapping with most other leagues’ seasons.

Teams are likely to include former professional players in the US and younger players playing on college teams and clubs.

The aim is also to attract more and more Indian domestic and former cricketers, which will boost the League’s visibility.

A source told SportsCafe: “India boasts some of the best cricketers in the world and we are looking at them to get on board.

“It is a part of the wide and extensive plan as we want to be the grandest league in the world in terms of popularity while ensuring quality.

“From Mr Nadella to Mr Shantanu Narayen, Shashin Shah, Vijay Shekhar Sharma to Divesh Makan, we have a flurry of Indian investors who are keen to capture the Indian market.”