Priyanka Chopra took to Instagram to praise Kamala Harris after the Vice President-elect appeared on the cover of Vogue magazine.

"And could there be anything more special"

Bollywood actress Priyanka Chopra expressed her happiness at seeing US Vice President-elect Kamala Harris on the cover of Vogue magazine.

Priyanka, who was the first Indian woman on the cover of the American magazine in 2018, was pleased that an ‘Indian woman’ will walk into the White House soon.

Priyanka took to Instagram to share the cover of the February 2021 issue. She also discussed the violence in Capitol Hill.

The actress wrote: “After watching the horror of how things unfolded this week on Capitol Hill in Washington DC, it’s promising that in just 10 days America will be inherited by such a positive example of leadership.

“And could there be anything more special, as the VP Elect put it than the fact that little girls will only know a world where a woman is the Vice President of the US.

“Coming from India, a country (like many others around the world) that has had several female leaders, it’s hard to believe that this is the US’ first!

“But it surely won’t be the last.” 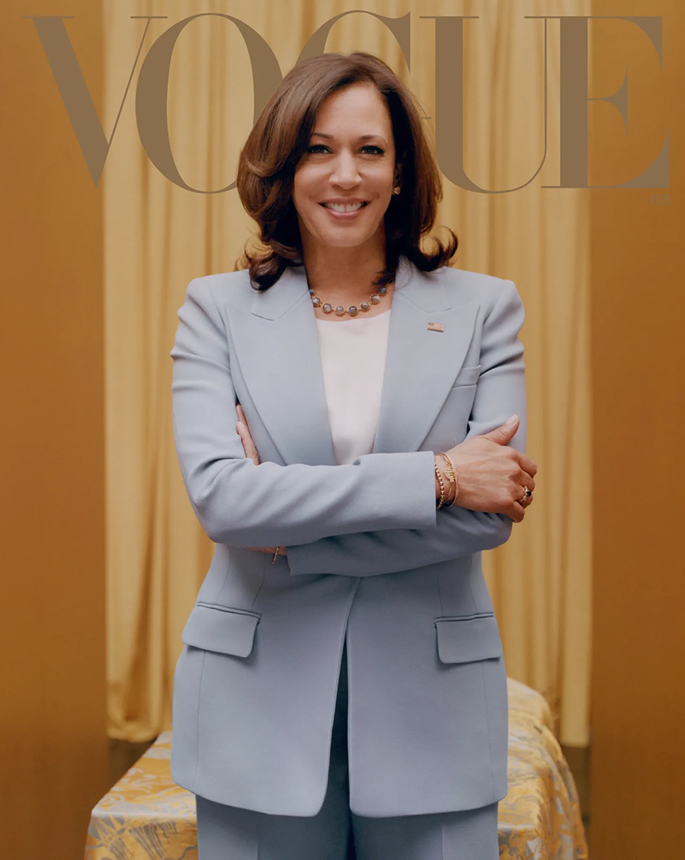 While Kamala Harris will feature on Vogue, there is growing backlash over the cover photo.

Some people claimed that Harris looked washed out in the picture. Others say the cover’s style does not give her the respect she deserves.

Author Wajahat Ali wrote: “What a mess up. [Editor-in-Chief] Anna Wintour must really not have Black friends and colleagues.”

“Kamala Harris is about as light-skinned as women of colour come and Vogue still f****d up her lighting.”

“WTF is this washed-out mess of a cover?”

Meanwhile, Priyanka Chopra is currently in London and has announced that her film, Text For You, has finished filming.

She took to social media to share a picture of herself while holding the film’s script.

Priyanka wrote: “That’s a wrap! Congratulations and THANK YOU to the entire cast and crew. See you at the movies.”

The film is directed by Jim Strouse and adapted from a screenplay by Strouse and Lauryn Kahn.

The film is an English remake of the German-language film SMS Fur Dich, based on Sofie Cramer’s novel.

Text For You is about a woman who, after tragically losing her fiance, starts to send romantic texts on his old mobile number.

Dhiren is a journalism graduate with a passion for gaming, watching films and sports. He also enjoys cooking from time to time. His motto is to “Live life one day at a time.”
Shanaya Kapoor Stuns in latest Photoshoot
7 Stunning Looks of Indian Actress Shehnaaz Gill