The actor has been a staple of the Indian film industry, for his work in Bollywood masterpieces like Prem (1995) and Auzaar (1997).

Sanjay Kapoor’s wife, Maheep Kapoor is currently featuring in The Fabulous Lives of Bollywood Wives as one of the lead characters.

Shanaya has also made her screen debut on Karan Johar’s Netflix original show alongside her mother.

Shanaya is paving the groundwork for her Bollywood entry to join her cousins, Sonam Kapoor and Janhvi Kapoor in the Indian film industry.

The Bollywood star child is making her presence felt in the fashion arena, and her latest photoshoot definitely grabbed attention.

She is seen sporting wet hair and posing in an oversized blazer in one of the pictures. 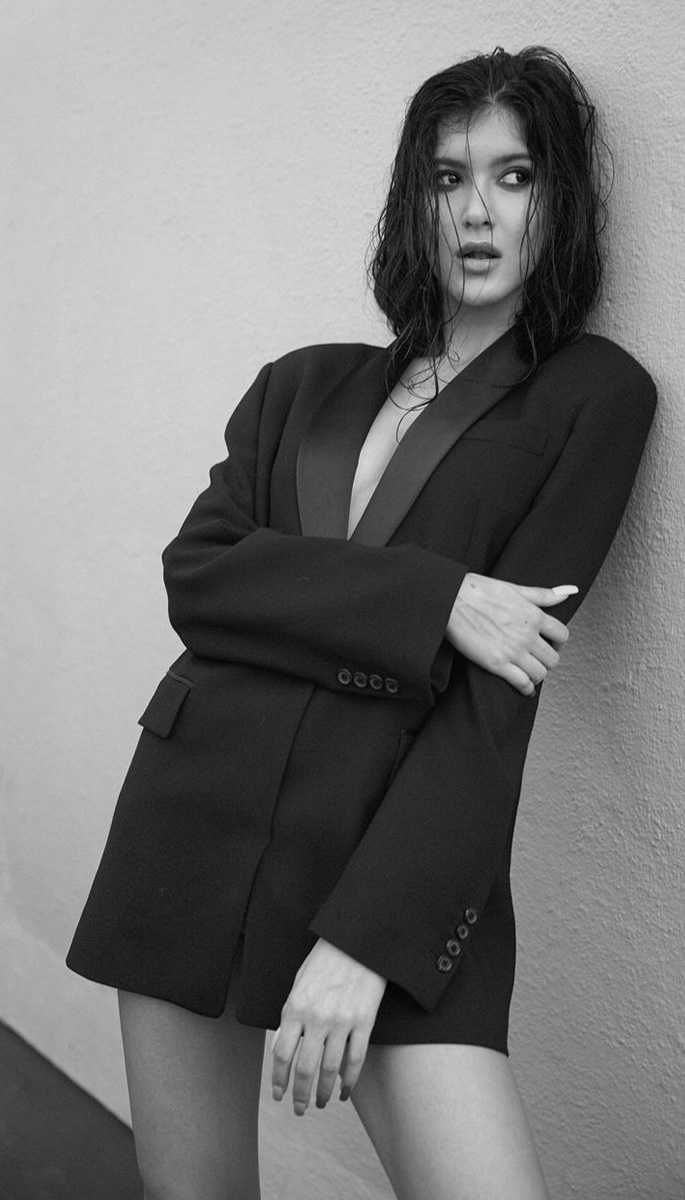 The same team worked on another shot that featured Shanaya in an oceanic blue suit.

Staring directly into the camera, this close up shot had the wet hair on her face. 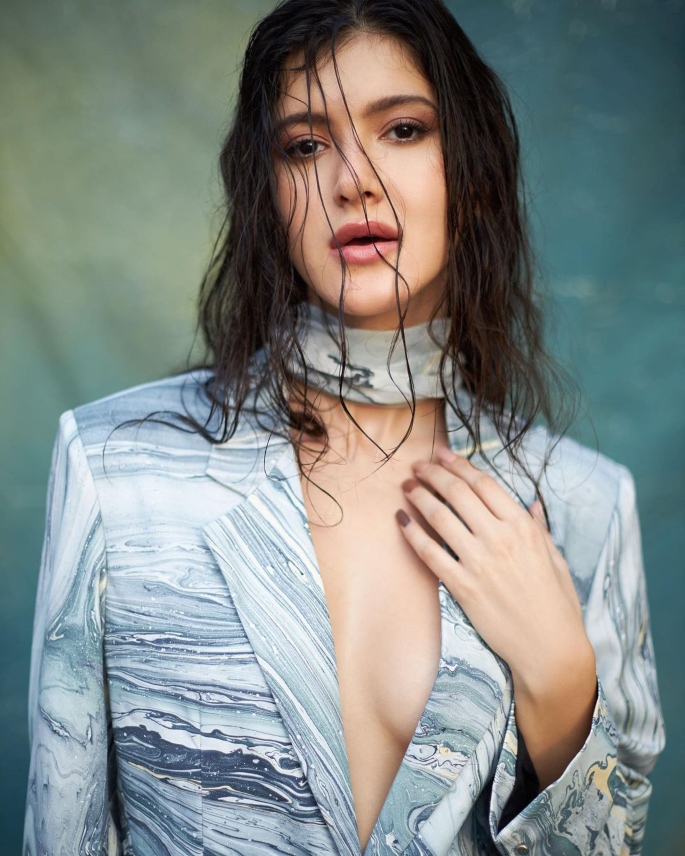 More pictures from the shoot show her posing boldly in a brown jumpsuit, metallic makeup and hair roughly tied in a plait. 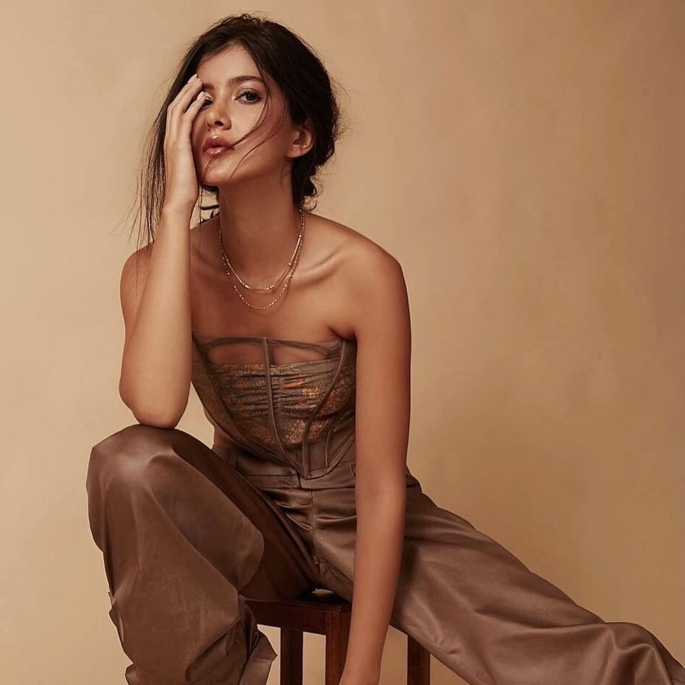 Shanaya has posed looking stoic in her photoshoot, however, her pictures in a striped black-and-white costume have her posing candidly for the camera.

She wore an oversized jacket and short pants, all in the identical black and white stripe design.

Shanaya wore white keds and black socks with white stripes to go with the ensemble.

A gold chain and open hair made up for the entire look. 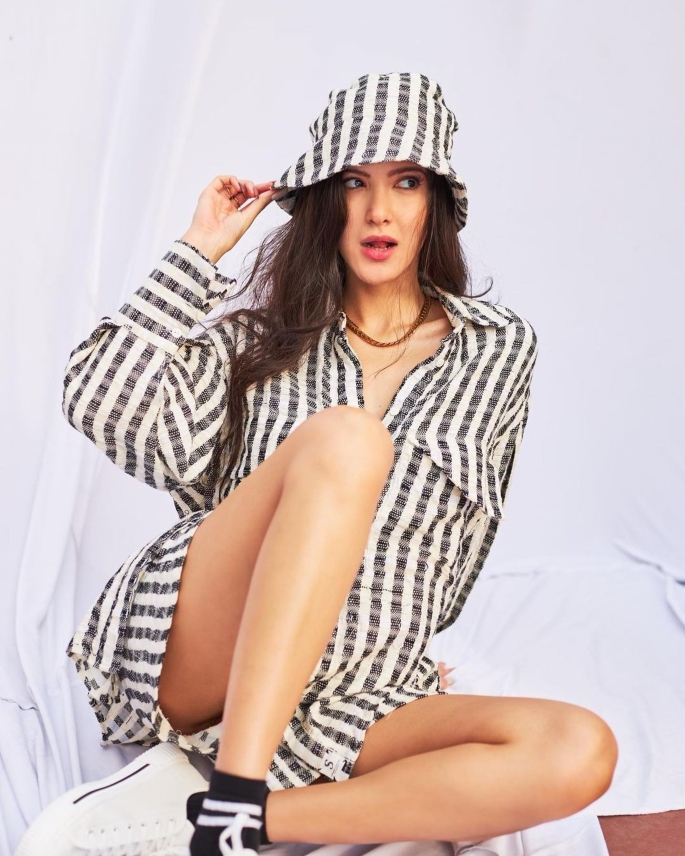 In preparation for her Bollywood debut, the up-and-coming diva Shanaya has assisted on the sets of Janhvi’s film Gunjan Saxena: The Kargil Girl (2020).

Sanjay had earlier said that Shanaya preferred not to go to an acting school.

“Shanaya told me that going there (film school) would be a waste of three years and reasoned that most attend classes for three days and party for the rest of the week.”

Asked whether she was nervous for her debut in The Fabulous Lives of Bollywood Wives, Shanaya told Vogue in an interview:

“Not really, which is so weird. I think [my stint as] assistant director really made me so confident about who I am and what I want to do.

“If this was a year ago, I’d be shaking doing this interview, but I’ve become so much more sure with what I want to do with my acting, which made me the person I want to be.”

Hopefully, it will not be too long before Shanaya announces news of her Bollywood debut.

Akanksha is a media graduate, currently pursuing a postgraduate in Journalism. Her passions include current affairs and trends, TV and films, as well as travelling. Her life motto is 'Better an oops than a what if'.
12 Bollywood Actresses in Bikinis on the Beaches of Maldives
Priyanka Chopra praises Kamala Harris’ Vogue Cover