"no one else could've pulled it off like Janhvi."

Janhvi and Khushi Kapoor are the daughters of the beloved late actress Sridevi and Bollywood film producer Boney Kapoor.

The pair are also the half-sisters of Bollywood actor Arjun Kapoor.

Janhvi is a recent entrant in Bollywood herself, the actress made her debut with Dhadak (2018).

Whereas, Khushi is reportedly still completing her studies at a film school after which she plans on continuing with her family’s Bollywood legacy.

The sisters have recently been making a splash across Bollywood in their own right.

Adding to their self-made acclaim, the two have awed fans with their stunning traditional looks on Tanya Ghavri’s Instagram.

“@khushi05k in @anitadongre mixing it up with print and sequins.”

The up and coming diva looks stunning with pink lipstick, light bronzer and golden accessories to match the look.

Tanya Ghavri went on to share many of Khushi’s profiles in the Anita Dongre lehenga. 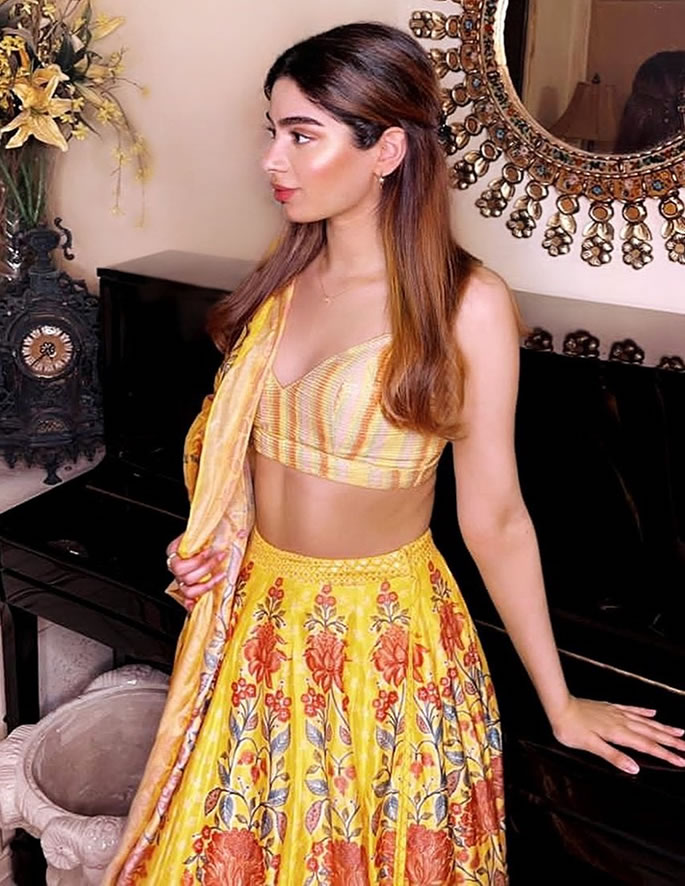 Khushi stole hearts with her pouty look back pose in the bright yellow ensemble. 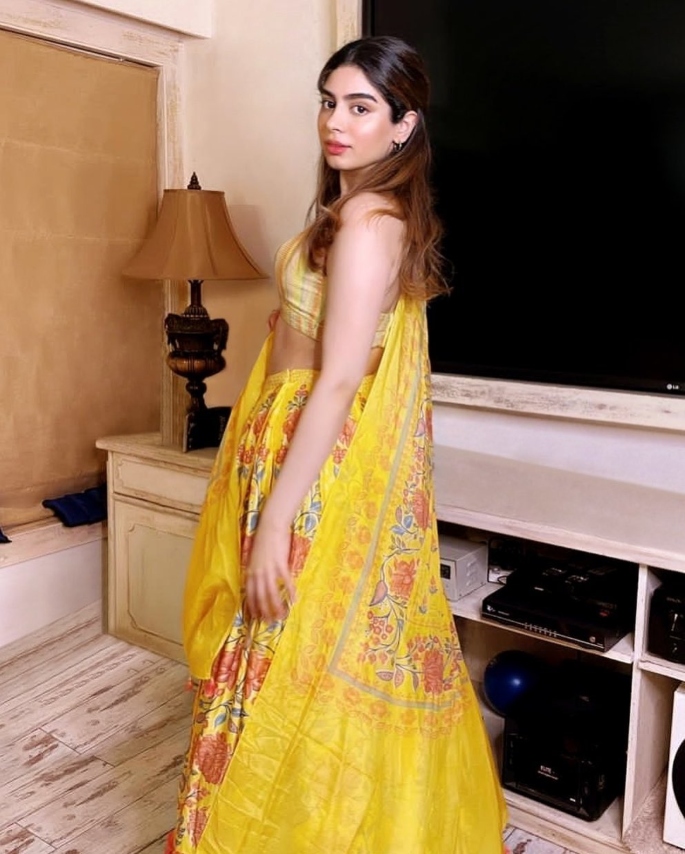 Adding more wow to the glamour is Janhvi Kapoor stopping hearts in a gorgeous blue ensemble.

“@janhvikapoor glowing away in @arpitamehtaofficial, yet again.” 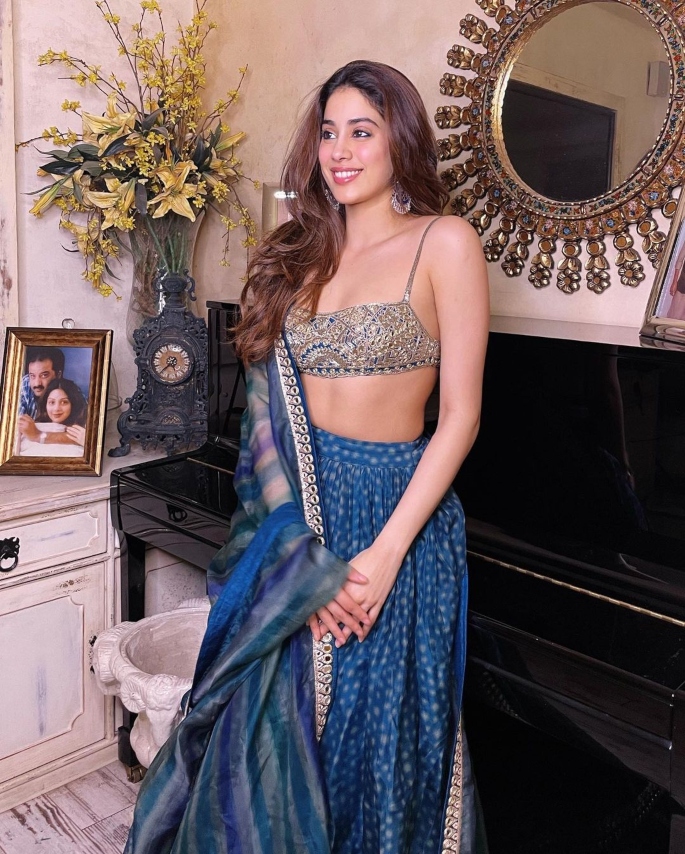 This is the second time Janhvi Kapoor has been styled in Arpita Mehta by Tanya Ghavri.

Prior to this Jahnvi stunned in a pink and gold Arpita Mehta saree, styled with a maang tikka. 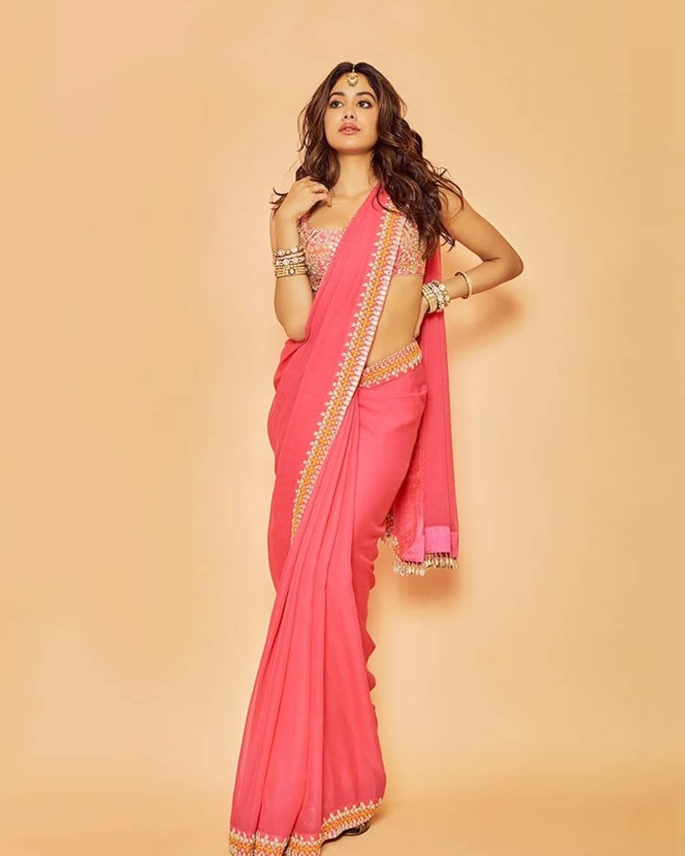 The actress had paired the look with black eyeliner, subtle gold eyeshadow and gold bangles at her wrists.

Janhvi Kapoor has been a recurring muse of celebrity stylist Tanya Ghavri.

On another occasion, Ghavri had put Janhvi in a brown Alexandre Vauthier dress and we are in absolute awe! 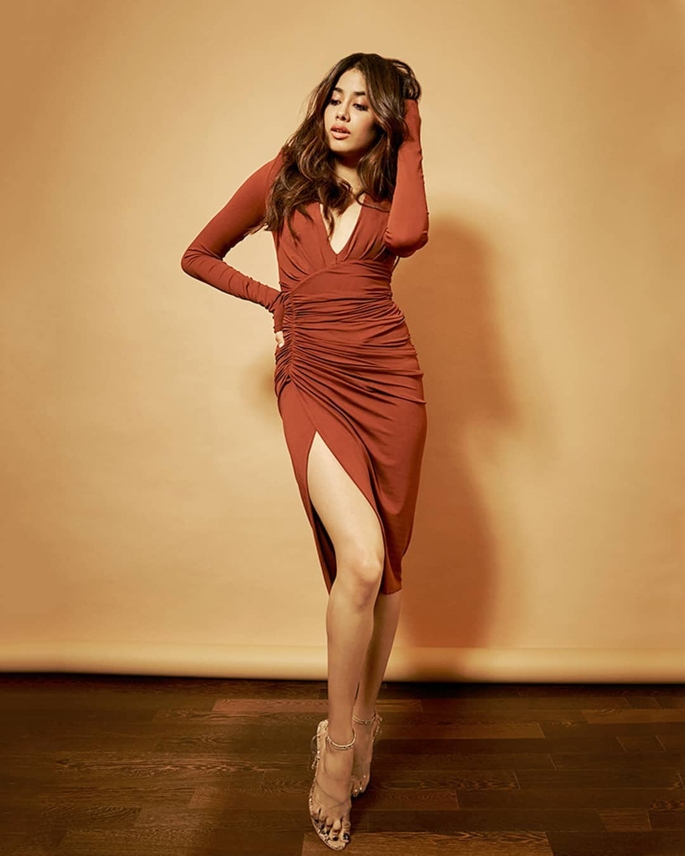 Speaking on Janhvi’s ensemble in an interview Ghavri had stated:

“I personally love the brand and there’s no denying that no one else could’ve pulled it off like Janhvi.

“The chocolate brown colour perfectly complimented her skin tone and she looked as effortless as ever.

“While it’s really not all that easy to pull this dress off, she did it like a total pro!”

Fans of the Kapoor sisters are now eagerly awaiting Ghavri’s next masterpiece!

Akanksha is a media graduate, currently pursuing a postgraduate in Journalism. Her passions include current affairs and trends, TV and films, as well as travelling. Her life motto is 'Better an oops than a what if'.
10 Gorgeous & Sexy Looks of Kiara Advani
Tarun Raj Arora speaks on Drug Culture in Modelling Industry