Arjun Kapoor revealed how he supported his half-sisters’ Janhvi and Khushi Kapoor after their mother Sridevi passed away.

"I didn’t have enough people when it happened to me."

Bollywood actor Arjun Kapoor has opened up about supporting his half-sisters’ Janhvi Kapoor and Khushi Kapoor after their mother Sridevi’s untimely demise.

The legendary actress suddenly passed away in 2018 leaving behind her two daughters and husband Boney Kapoor.

Undoubtedly, it was a difficult time for the family. Yet, Arjun and his sister Anshula stood by their side.

According to an interaction with Pinkvilla, Arjun revealed how he put aside past differences to guide Khushi and Janhvi. He said:

“You don’t always connect to dots. I reacted to situations the way they happened in real-time.

“Couple of years now today, it’s easier for people to assess. My mother taught me to be a good human being, to be as decent to other people as possible.

“In that moment, I felt right to lend my support in whatever capacity I could and be there to start with for my father.

“It also meant that we got a chance to know Khushi and Janhvi. The maturity comes from the fact that I have seen life.

“If my life was shaken and uprooted at one point and if I can stabilise someone else’s to make sure they don’t go through the hell that I did.” 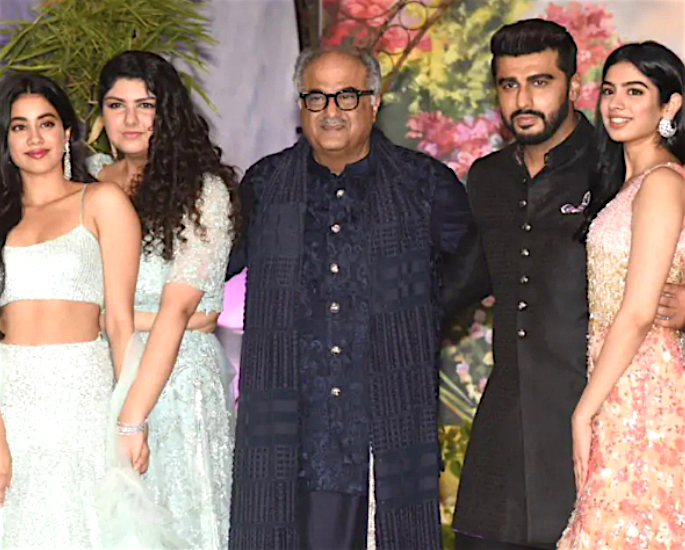 Arjun Kapoor continued to mention that he wished he had someone with him when his mother passed away. He explained:

“I know that when something like this hits you, you need people around you. I didn’t have enough people when it happened to me.

“I wish I had someone sensible to guide me through it too. I hope I can part some wisdom and help Janhvi handle the bad days.

“I take tremendous pride in being my mother’s son. If I’m able to put the unfortunate part of my life to use to make someone else’s life better, I would always do that.”

Previously, on the popular talk show, Koffee with Karan, Arjun spoke about Sridevi’s death. He said:

“A moment changes everything, I have been through that moment, I wouldn’t wish it on my worst enemy.”

“I and Anshula did everything out of pure honesty because we knew that we would have needed somebody at that time.

“We couldn’t have that but that doesn’t mean Janhvi and Khushi shouldn’t. My mother would have wanted that.

“If she was alive, the first thing she should have said is, ‘Go be there.’ Don’t hold any grudges; life is too short.”

Ayesha is an English graduate with an aesthetic eye. Her fascination lies in sports, fashion and beauty. Also, she does not shy away from controversial subjects. Her motto is: “no two days are the same, that is what makes life worth living.”
Hrithik Roshan misjudged Aishwarya as ‘Pretty with no Talent’
‘Mera Dil Mera Dushman’ Stars test Positive for Covid-19