Young Bollywood actress Janhvi Kapoor has revealed that her late mother, the legendary Sridevi, did not trust her judgment in guys.

Sridevi’s daughter, Janhvi Kapoor, has opened up about her relationship with her mother, her expectations in a partner and her thoughts on what kind of a wedding she would like.

Being on the cover of Brides Today magazine, the Dhadak actress revealed reactions from her mother to her attitude towards her choice of men.

The 22-year-old who has garnered a huge following in fans says her mother, the late Sridevi Kapoor, didn’t trust her judgment when it came to men and would’ve preferred to find her someone, saying:

“Yes, and she would say that she doesn’t trust my judgement in guys, that she will choose someone for me. Because I love very easily.”

In another interview, talking about reactions from her parents to her and her sister dating, Janhvi said:

“Mom and dad were very dramatic about it (dating).

“(They would say) ‘when you like a guy, come to us and we’ll get you married.’

This would lead to she says, Sridevi questioning Janhvi the meaning of ‘chill’, saying: “Like chill, what does chill mean?” 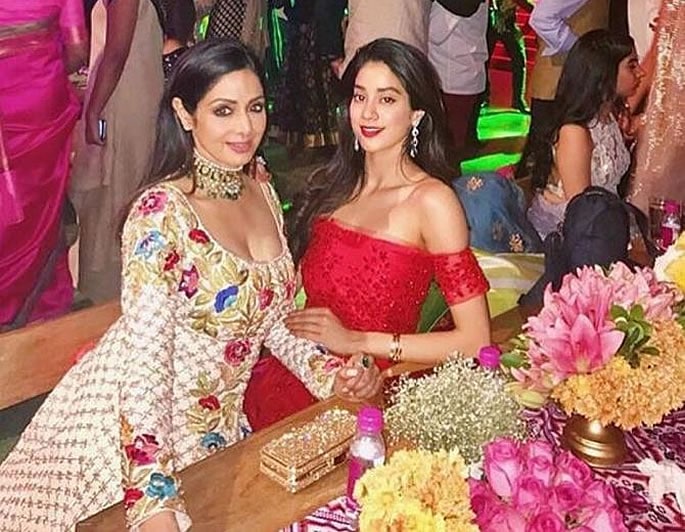 Regarding where she would find dates, Janhvi revealed on Koffee With Karan Season 6 she may even look for dates on Zomato (cuisine app) and not dating apps. When she was asked why? She replied:

“I’m more likely to look for dating prospects on Zomato or something so I’d look for people who are going to the same restaurants as me and know what their food preferences are.”

However, Janhvi does have her preferences when it comes to guys and has certain expectations about him being ‘obsessed with her’, saying:

“He should be really talented and passionate about what he does. I need to be excited and learn something from him. A sense of humour is really important as well. And, of course, he has to be obsessed with me.” 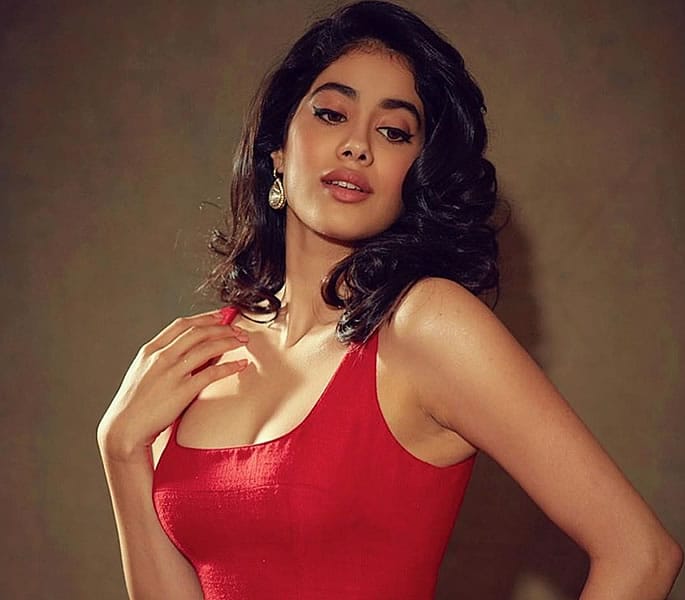 As a guest with Neha Dhupia on her chat show, BFFs With Vogue Season 3, Janhvi discussed tattoos. While Khushi Kapoor, her sister, as many as three tattoos on her body, she admitted she is “too chicken to get inked”.

However, when it came to her future husband, she told Neha that she expected him to get a tattoo with the words ‘Property of JK’ whenever they got married!

Talking about all things weddings, the Gunjan Saxena star already has plans for her wedding and exactly how she wants it to be, including her attire and food, saying:

“I want something that’s real and intimate and close to who I am. I don’t need anything big and fancy.

“I already know my wedding is going to be really traditional and happen in Tirupati.”

“I’m going to wear a Kanjeevaram zari sari and there’s going to be a full daawat after the wedding with all the South Indian food that I love – idli, sambhar, curd rice, and kheer.”

From her responses, it looks like the young actress has it all worked out when it comes to her wedding and husband-to-be! Let’s hope she finds that special person who fits the bill!

Work-wise, Janhvi Kapoor has many films of different genres in the pipeline. These include Dostana 2, Gunjan Saxena, Rooh-Afza, Takht and Rannbhoomi.

Nazhat is an ambitious 'Desi' woman with interests in news and lifestyle. As a writer with a determined journalistic flair, she firmly believes in the motto "an investment in knowledge pays the best interest," by Benjamin Franklin.
Pakistani TV Actor Abid Ali dies and Stepmother stops Daughters Seeing Him
‘The Sky is Pink’ Trailer leaves Maharashtra Police Offended?