The Vice President of the United States, Kamala Harris’ Vogue cover caused a stir across social media. Was the criticism justified?

"It’s just, far far below the standards of Vogue."

The February (2021) issue of American Vogue was intended to be a celebration of America’s first bi-racial, female Vice President, Kamala Harris, yet this Vogue cover has caused quite the controversy.

January 2021 marks the monumental American inauguration which saw President Trump unwillingly step down from his position in office and be replaced by Joe Biden.

This was a changeover that has incited enormous hope in addition to domestic terrorism following the storming of the United States Capitol.

Since its first publication in 1892, Vogue has become a luxury fashion and lifestyle magazine recognised worldwide.

The most famous models, actors, musicians, politicians and royals are among the types of people who have graced its front cover.

Kamala Harris is the latest politician to be featured front and centre on the magazines glossy cover – both in the print and digital versions.

At the time of its publication, she was Vice President-Elect and the excitement of her Vogue cover was vast.

As a “blindian” woman, someone of Black and Indian heritage, her high position has helped to elevate the voices of those in the community who have struggled.

Being on the Vogue cover would surely promote unity and symbolise a new beginning for America?

The backlash that followed her cover did not represent this for many people.

The response soon turned into an international discussion of Vogue’s treatment of women of colour after the images selected by the editor-in-chief, Anna Wintour, was labelled as “whitewashed” and “lacking fashion”. 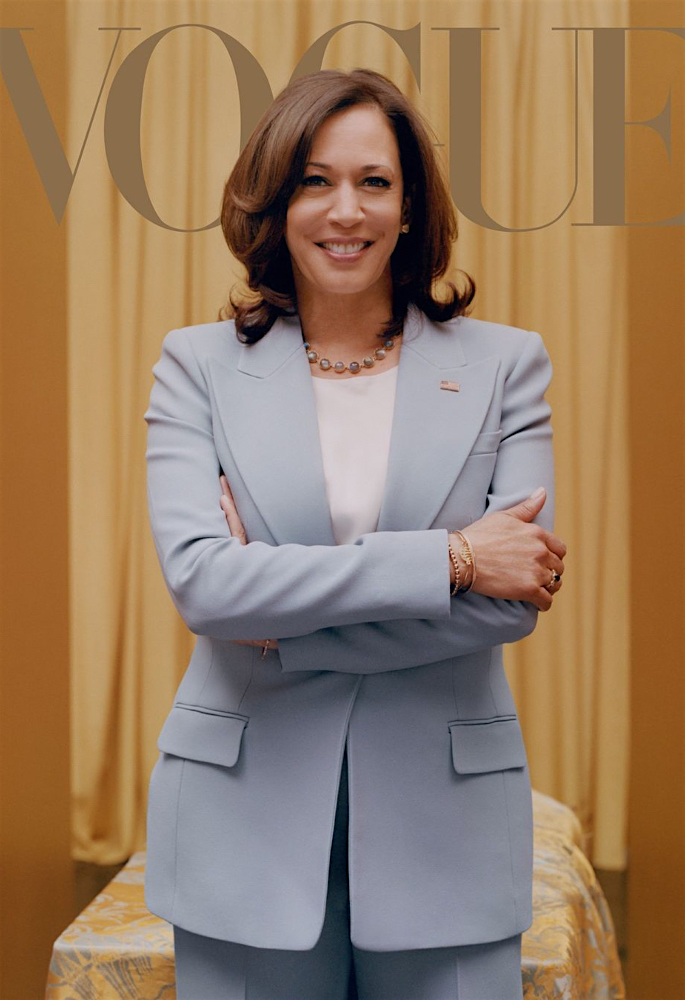 Magazines are notoriously known for whitewashing Black and Asian women. The east and west are both guilty of favouring light skin over darker skin.

Kamala Harris’ Vogue cover had two designs. The digital design is a photograph of the Vice President smiling with her arms folded wearing a powder blue blazer.

The print issue shows us a full-length photograph of Kamala wearing a black blazer and a pair of Converse trainers while standing with her hands folded in front of her.

The lighting of the photographs is particularly striking in both images.

Kamala’s skin tone appears to be lighter than her actual skin colour as seen in speeches, videos and television appearances.

Is this an intentional attempt to diminish Kamala’s biracial identity?

America, under Trump’s presidency, has continued to be divided by racism. By making Kamala’s skin lighter in colour, Vogue has drawn more attention to the colourism and racism problem that America battles with.

It also exacerbates Vogue’s own treatment of women of colour and the whitewashing that has prevailed within the magazine over the years.

The global backlash highlighted people’s outrage at the supposed whitewashing that many saw in the cover.

For them, many Americans had endured four tumultuous years of racism, sexism and bigotry and now they had a biracial woman entering the White House.

People felt that whitewashing Kamala negated what they voted for in the election.

Many critics online said the pictures made her skin appear “washed out” and were not in line with Vogue’s usual aesthetic.

Playwright and lawyer Wajahat Ali described said that Vogue editor-in-chief Anna Wintour “must really not have Black friends and colleagues.”

What a mess up. Anna Wintour must really not have Black friends and colleagues. https://t.co/8oCpEPkltU

Another Twitter user also commented on the lighting, describing it as “poor” and that the “quality of the photography isn’t up to the standard of Vogue covers”. 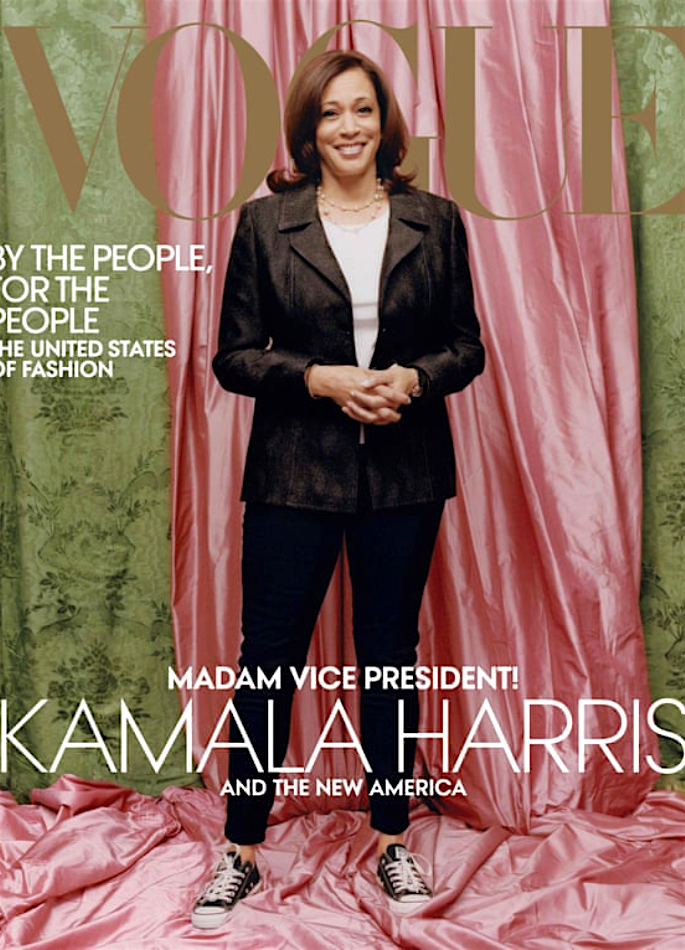 It has been widely reported that Kamala Harris’ team was blindsided by the magazine’s choice of cover.

It is said that they had not expected the image of Kamala in a black blazer and Converse trainers to be selected for the cover.

This casual image selected for Vogue’s cover caused instant ire on social media. People were dismayed at its lack of styling, theme and deemed it “disrespectful”.

Some people believe that the cover was showing the Vice President at her “casual best” and alluded to the “down to earth” nature and approach she will bring to the White House.

Alternatively, others felt that the more casual image was substandard:

“The pic itself isn’t terrible – it’s just, far far below the standards of Vogue. They didn’t put thought into it. Like homework finished the morning it is due”.

Folks who don't get why the Vogue cover of VP-elect Kamala Harris is bad are missing the point. The pic itself isn't terrible as a pic. It's just far, far below the standards of Vogue. They didn't put thought into it. Like homework finished the morning it's due. Disrespectful.

Meanwhile, critic Robin Givhan, wrote that while “there’s nothing inherently wrong with this picture,” in choosing the more informal image as its cover, “Vogue robbed Harris of her roses.”

Some viewed the background as “sloppy” and believed it looked thrown together.

The lack of styling and disjointed background is a far cry from other Vogue covers of politicians and public figures. For example, Hilary Clinton and Michelle Obama’s covers were far more glamourous.

Vogue explained the influences behind the cover shoot.

They said that the apple green and salmon pink draped background had been inspired by the colours of Howard University’s Alpha Kappa Alpha.

It is said that the photographer, Tyler Mitchell, wanted to honour Kamala’s university days and the path that led her to where she is now.

Both the digital and print cover images were taken by Tyler, who became the first Black photographer to shoot an American Vogue cover when he captured Beyoncé for the September 2018 issue.

It is worth noting that Tyler posted just one of the covers to Instagram; the one of Harris in the blue Michael Kors suit. Why did he not post both covers?

Did the print cover diminish her important job role and status? Or did the casual trainers and limited background show her as authentic and progressive?

Regardless of your stance, there is no doubt that the photograph is not in line with other Vogue covers of the same calibre.

Many readers evidently feel that her historic win was not portrayed to the best of the magazine’s ability.

Regardless of the negative reception to the cover, it is clear that having a blindian Vice President is a huge step forward for people of colour in America.

The blindian community is one that is often silenced and discriminated against across the world.

Colourism and an anti-black narrative have prevailed through the Desi community therefore, having someone from both heritages only lessens the divide.

Despite the fact there are questions regarding whether Kamala acknowledges her Indian heritage, she has previously spoken about her Indian mother, Shyamalan Gopalan Harris.

Touching on the immigrant story that many Desi people can relate to; Kamala spoke about how her mother came to the USA from India at the age of 19.

Speaking just before the inauguration, Kamala says that her mother “maybe didn’t quite imagine this moment”.

By placing Kamala on the cover, Vogue has instantly placed her heritage front and centre to the limelight.

However, seeing a Vice President who symbolises the blend of Indian and Black heritage, reflects the diaspora in the USA.

It also emphasises the success of the community and the hope that is to come for immigrant families in the USA.

For a group that has struggled to have acceptance, this cover helps display the hope for a better future in both politics and the integration within the Desi community. 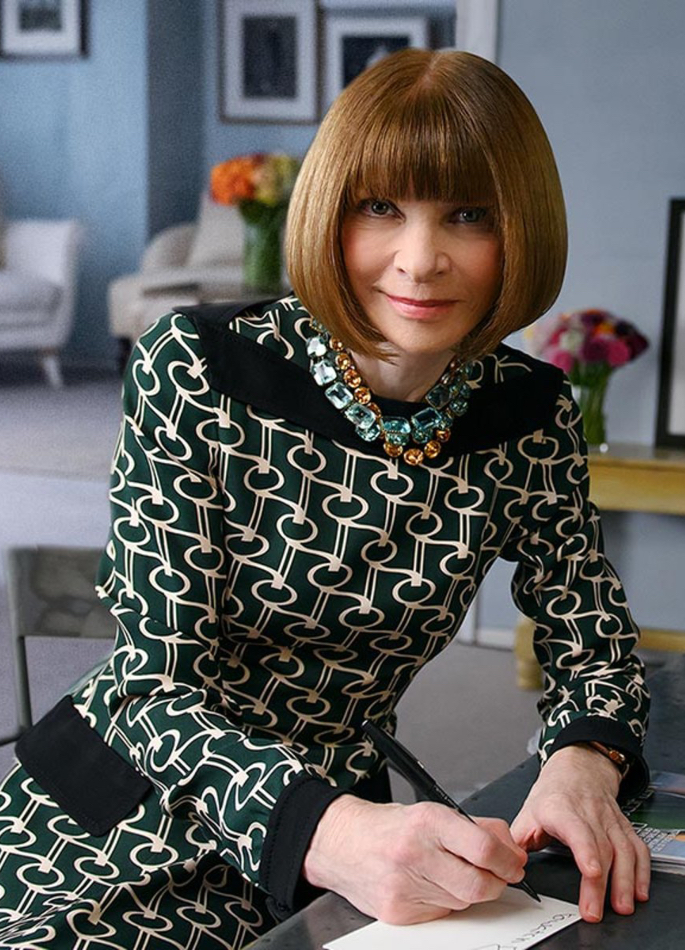 Initially, Vogue did not comment specifically on the backlash to the cover.

Instead, they said that Vogue “loved the images Tyler Mitchell shot and felt the more informal image captured Vice President-elect Harris’s authentic, approachable nature – which we feel is one of the hallmarks of the Biden/Harris administration”.

However, fueled by the emotional response to the images on social media, Anna Wintour eventually responded.

In a statement to the New York Times (prior to the inauguration on the 20th January 2021), Wintour said:

“Obviously we have heard and understood the reaction to the print cover and I just want to reiterate that it was absolutely not our intention to, in any way, diminish the importance of the Vice-President-Elect’s incredible victory.”

Does this statement apologise or take any accountability?

Wintour goes on to corroborate the account that there was no formal agreement on what the final cover image would be.

She says that when the two images arrived, everyone felt “very, very strongly that the less formal portrait […] reflected the moment we were living in”.

It is striking that she did not discuss in more detail the reasons for the negative reaction and take more responsibility for the choices made.

While she gave reasons for supporting the decision to choose a casual style, she did not speak on the validity of those who disagree with the choice.

Kamala Harris’s Vogue cover has caused quite the stir in recent weeks.

Nonetheless, the inspiration of seeing a biracial, female Vice President on a glossy magazine cover is likely to have been vast for many young people.

For the South Asian community, it symbolises a louder voice to represent them in the coming months.

Shanai is an English graduate with an inquisitive eye. She is a creative individual who enjoys engaging in healthy debates surrounding global issues, feminism and literature. As a travel enthusiast, her motto is: “Live with memories, not dreams”.
Actress Rajini Chandy trolled for ‘Sexy’ Photoshoot
5 Stylish Looks of Bollywood Actresses for 2021