Why Mohsin Khan Should be the Pakistan Cricket Coach

The Pakistan cricket team coach has a tough task. There are various reasons why Mohsin Khan is the right man for the job.

“I think Mohsin Khan's done a wonderful job (as coach).”

He has all the hallmarks of leading Pakistan to further glory. He was born as Mohsin Hasan Khan in Karachi on March 15, 1955.

His father was a Pakistani Navy officer. His mother who had studied in the USA was a former teacher and vice-principal.

Mohsin who was a junior badminton champion went on to represent Pakistan in cricket. From 1977 to 1988, he featured in fourty-eight Test matches and seventy-five ODIs (One Day Internationals) for Pakistan.

Post-retirement, after briefly venturing into films, Mohsin made a comeback to cricket by coaching at various levels.

Mohsin is also a former selector, working under the Pakistan Cricket Board (PCB). 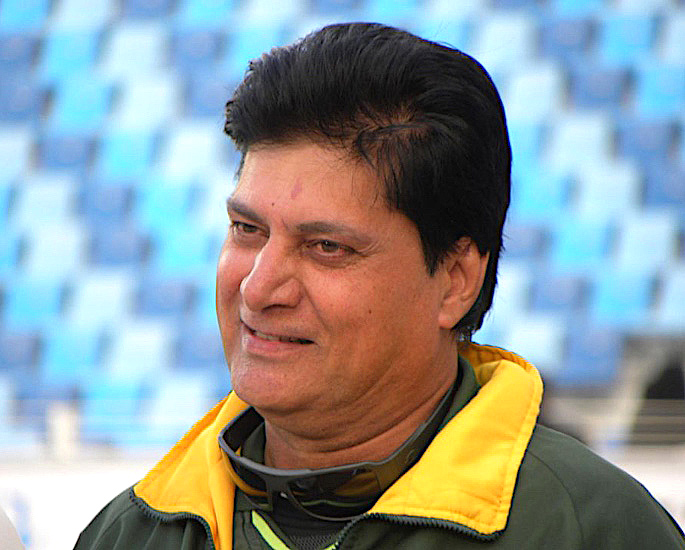 He had an amazing track record as the acting Pakistan cricket team coach between 2011-2012. During his time as the coach, Pakistani cricketers had exemplary discipline both on and off the field.

The players were very cooperative with Mohsin, performing brilliantly and to their maximum capacity. Besides receiving support from within the cricket circles, there are a select group of fans who also admire Mohsin heavily.

One fan went on Pakpassion to create a forum, praising the coaching credentials of Mohsin, writing:

“Mohsin Khan is what is needed as a coach. If you hear the man speak, he oozes patriotism and he speaks logic most of the time. ‘Play for Pakistan, Don’t play with Pakistan’ is what he usually says and spot on.

“What Mohsin Khan did was what is exactly needed from a coach during his tenure.

“You can’t teach your batsmen how to play extra cover drive or cut shot after the players have made it into international circuit.

“All they need is a well respected senior figure who has played decent level of cricket to build their confidence and guide them.

“I have a huge respect for Mohsin Khan simply because he is quite calm and talks a lot of sense.”

With Mohsin Khan sincerely available to serve Pakistan cricket, we look at a number of reasons why he would be a superb coach. 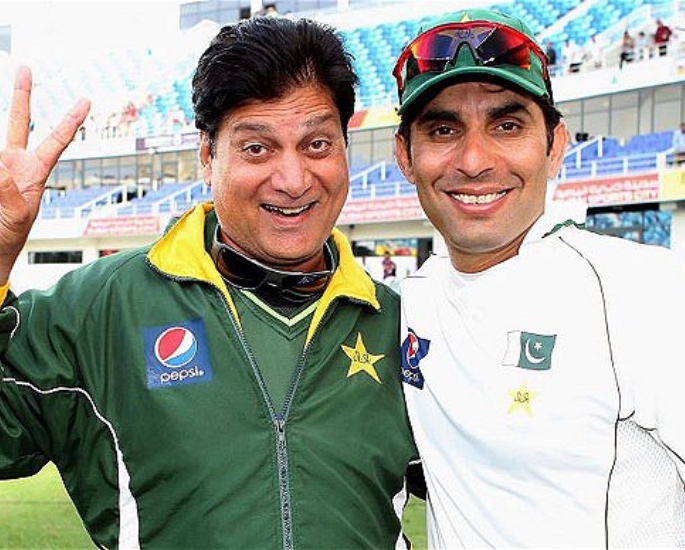 After becoming an interim coach in 2011, the Pakistan cricket team under Mohsin Khan had phenomenal achievements.

During his tenure, the team was unbeaten in eight Test matches. He first succeeded as coach against Sri Lanka, with Pakistan beating them in the Test, ODI and T20 series.

In the 4th ODI, Shahid Afridi made a fifty and took five wickets. In doing so, he became the first cricketer to achieve this feat twice in ODI cricket.

Mohsin was then instrumental in Pakistan clean sweeping against Bangladesh away in the T20, ODI and Test series. At the conclusion of this series, Afridi threw his weight behind Mohsin saying:

“Pakistan team needs Moshin Khan as he is too supportive. During his coaching Pakistani team has shown immense improvement.”

As a standing coach, he was continuously successful, especially after Pakistan white-washing England in the Test series.

He went onto describe the super 10 wicket victory in the 1st Test as a present to the nation. He told Pakpassion:

“Cricket is not just a game in Pakistan it’s a way of life, it’s a passion and the people adore cricket in Pakistan.

So for that reason I feel the win today was a gift for the people of Pakistan.”

Speaking about relishing his job and acknowledging the players, Mohsin added:

“It’s great to be part of this wonderful unit and the win against England is dedicated to all Pakistanis around the world. Wherever you are, this win was for you. The boys played like champions in this Test match.”

Pakistan went marching on to register cruising victories in the 2nd and 3rd Tests. These empathic wins were special because England was the No1 Test team in the world at the time.

It was a great accomplishment for the Green Shaheens to beat the best. 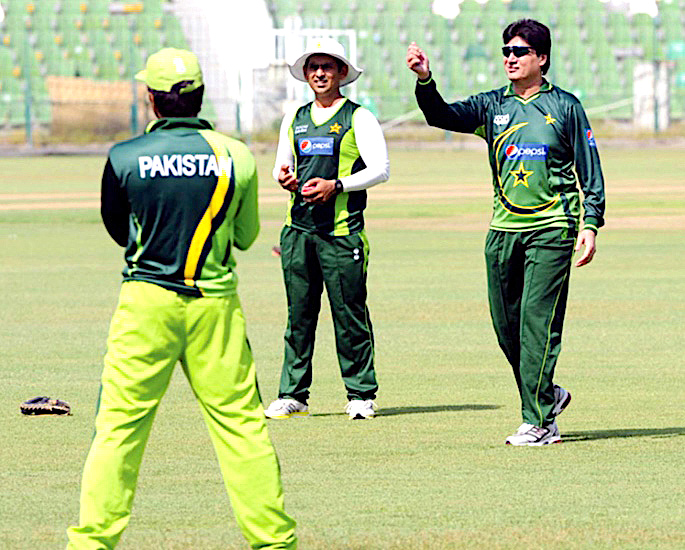 During his previous tenure as coach, Mohsin Khan was always looking to extend the teams winning streak. Mohsin was also boosting the morale of the players and encouraging them to play better.

After convincingly defeating England in the 2012 1st Test, Mohsin was already thinking one step ahead:

“This Test match is now over, it’s finished and we move on to our planning and preparation for Abu Dhabi.

“We all realise that England is a tough team and they will come back hard at us, as you would expect from any top team. But I have a lot of faith in the group of players that are playing for Pakistan.

“I keep telling them that if they continue to give 100%, play the game in the right spirit and work hard, then they can be a match for any team in the world.”

Mohsin was naturally happy with Pakistan’s impressively fantastic performance against a strong England side. However, at this stage, he was telling his players to take the bull by the horns.

Earlier Mohsin was quick to point out the importance of being consistent. This he felt was important for Pakistan to rule the world in cricket:

“This group of players can play an important role, by playing tough cricket and winning consistently.”

With such motivational words, Pakistan went on to show consistency by sweeping the Test series 3-0. 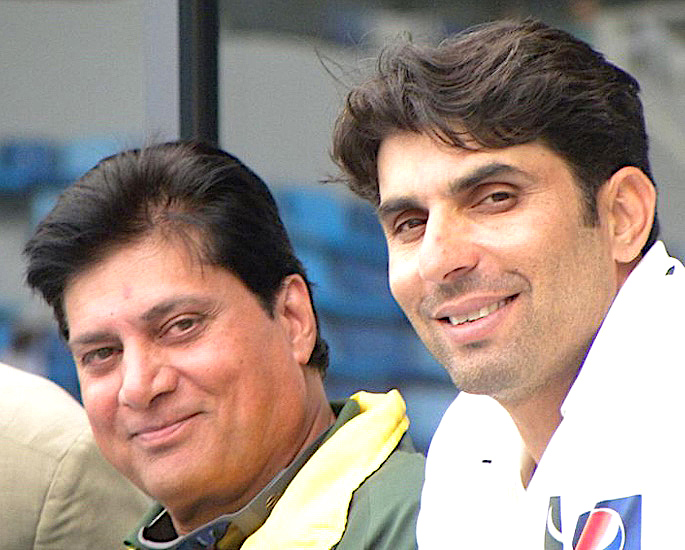 Mohsin Khan has proven to be an excellent decision-maker, especially after drubbing England 3-0 in the 2012 Test series.

Mohsin recalls that he had positively requested the groundsman in the capital to prepare faster pitches:

“I remember that I asked the head pitch curator in Dubai to make a pitch which would have bounce for the bowlers. He was surprised that I was asking for such a pitch.

“He asked me why I wanted such pitch despite knowing that it could support England. I told him that the bounce would help even my spinners, Saeed Ajmal and Abdur Rehman.

“I told Misbah that we’d go with such a pitch and that the team must play bold cricket. There was chest-height carry for the pacers. The England team director at that time Andy Flower complimented us for the sporting pitches.

“It was all about being positive and not worrying about the pitches.”

This was a brave yet rewarding move by Mohsin. Misbah-ul-Haq who was captain at the time also respected Mohsin for uniting the youthful Pakistan team. This is after the Green Machine completed a 3-0 demolition over England.

Throughout his coaching stint, Mohsin and cricketers, under his armoury, were very respectful towards each other.

It was a great sight to see Mohsin on many occasions embracing his players. Likewise, the players were hoisting aloft Mohsin, celebrating their triumph.

Thus, his fatherly figure makes him stands out, which gives him a huge advantage.

After crushing England, he was already planning to overcome Australia and South Africa in their own den:

“Its a huge challenge but I have faith in my boys. That’s because I know that they have the guts to beat Australia in their own backyard.

“A team can only become number one if it beats Australia and South Africa.”

His psyche shows that he wants his team to continuously flourish. Hence, he has unfinished business, taking care of the Pakistan cricket team. 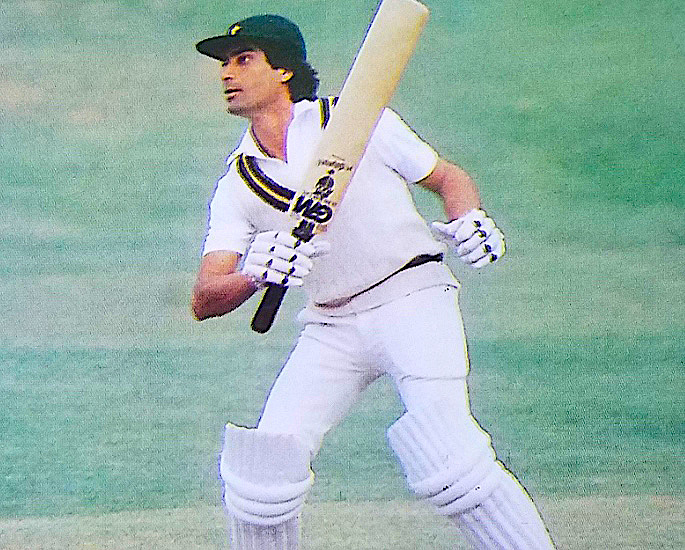 Being a former opening batsman, Pakistan can always benefit from the stylish Mohsin Khan. He has two Test innings, which are enough to inspire any Pakistani cricketer. This includes players from the past, present to the future.

The attractive opener became the first Pakistani batsman to score a Test double hundred at Lord’s cricket ground. Pakistan won this game by ten wickets, with Mohsin being the man of the match.

Later on India’s 1982/83 tour of Pakistan, the pleasant Mohsin made an unbeaten 101 for Pakistan. This was during Pakistan’s second innings of the 1st Test at Gadaffi Stadium, Lahore.

Mohsin had a rewarding series versus India. He also became the first Pakistani to smash 1000 runs in a calendar year.

After becoming the Pakistan cricket coach, the Green Shirts also had a peak, especially the batsmen.

In the first innings of the 2nd Test against Bangladesh, Azhar Ali made 100. The contest took place between October 26-29, 2011, at the Dubai International Cricket Stadium (DICS), UAE. Pakistan was victorious in the match by nine wickets.

At the end of the series against England, Misbah was full of praise for Mohsin:

“I think Mohsin Khan’s done a wonderful job (as coach).”

Pakistan defeated England in this game comfortably by seventy-two runs. During the 2011-2012 tour to Bangladesh, Pakistani batsmen also made big scores in back to back winning Tests.

A 130 from Taufeeq Umar was yet another good Test innings in the 2nd Test at Dhaka. 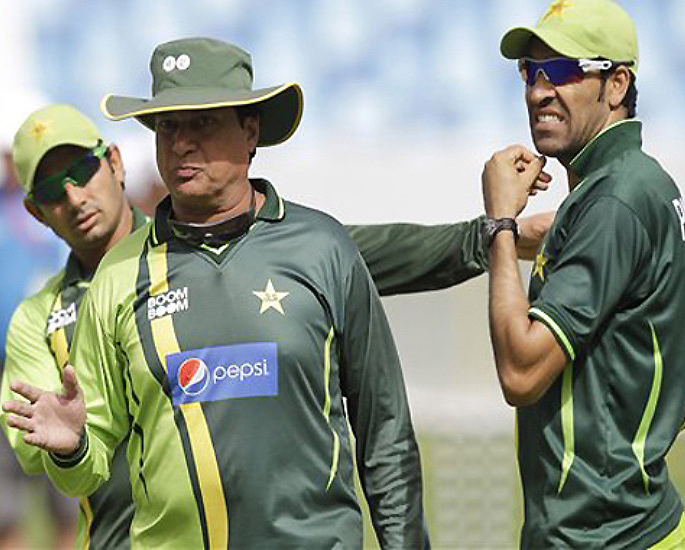 With Mohsin Khan being a local coach, it is very advantageous for Pakistan cricket. Most importantly he can communicate with cricketers in Urdu and others in English. This helps when communicating with players and addressing a universal audience.

“I think we have enough capable people in our own country who can do a good job with the team.”

Many believe, having no formal qualifications should not hamper Mohsin with any potential coaching duties. As Mohsin himself states, his vast playing experience is sufficient:

Age should also not act as a barrier. Former cricketers such as Intikhab Alam and Mushtaq Mohammad were coaching Pakistan at a later age. So why can’t Mohsin?

Mohsin has many supporters who feel that he can take Pakistan forward. In the past, former Pakistani cricket administrator Arif Ali Khan Abbasi had spoken in favour of Mohsin as a coach.

Furthermore, Mohsin is very patriotic. He is ready to serve his nation professionally as a coach:

“Pakistan is my first priority and I always wish to contribute for Pakistan.”

“It is my duty being an ex-Test cricketer, that whenever my services are required for my country and my country’s cricket, it should be there, without any hesitation.

“It was there, it is there, and it will be there whenever my cricket board require my services.” 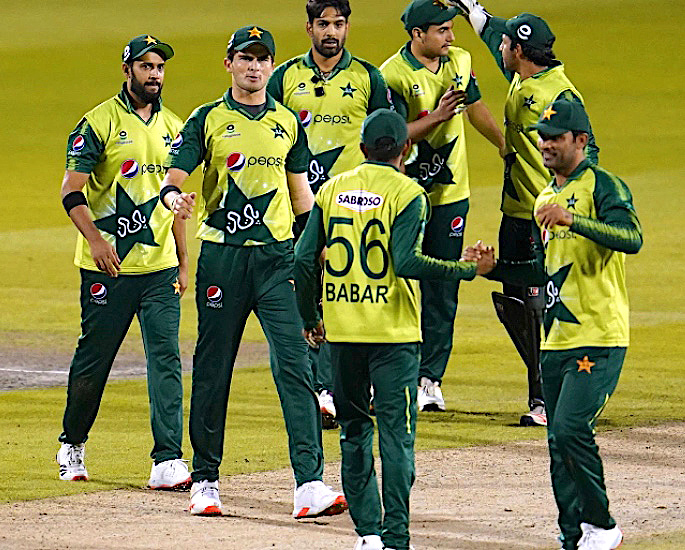 The other notable aspect is that Mohsin is firm on discipline. Mohsin was also a clean cricketer and coach. His name has never come up in relation to match-fixing or spot-fixing.

Hence, Mohsin has no qualms in dropping the gauntlet. A perfect example is the axing of middle-order batsman Umar Akmal in 2011 for not hitting big scored.

Even financially, there is a strong case for Mohsin, with him preferring national interest over being money-driven. Mohsin Khan along with a reputable fielding and bowling coach is potentially a dream combination.

Going by history, Mohsin can transform Pakistan into a cricketing force. He can certainly turn the tide and change the fortunes of the Pakistan cricket team, with a long-term vision in mind.

His confident modus operandi suggests he can get the best out of players, representing the Pakistan outfit. The Mohsin Khan effect can possibly result in more passion, aggression and a sense of responsibility from the Pakistani cricketers.

He definitely deserves a chance to start from where he left, hopefully beating the top sides yet again. With so many vouching of his ability, he surely will not want to let Pakistan cricket down.

Merit remains the criteria for the PCB. Thus, the sports governing body should seriously consider bringing Mohsin Khan into the fold as coach of the Pakistan cricket team as and when the time comes.

As for Mohsin Khan, the biggest challenge he may face is adapting to the modern generation of cricket, particularly when planning for the shorter format.