Why Shahid Khan should Invest in Pakistan Cricket

Sports magnate Shahid Khan has an extensive portfolio in the USA and abroad. As an investor, Pakistan cricket can be a fruitful adventure.

"Shahid Khan can earn further glory with a world-class stadium"

American sports tycoon Shahid Khan has a range of investments, which include ownership of various clubs and a major league.

With such vast sporting experience, he should explore the merits of an investment in Pakistan cricket.

Naturally, a feasibility study is vital before consideration to undertake any powerful plans or projects relating to Pakistan cricket.

Many options are worth looking at. These include domestic events, franchise leagues, infrastructure, or a flagship series.

Previously, some fans have already gone on to request the successful businessman about putting money into a Pakistani cricket event.

As per one source Pakistan’s foreign minister, Shah Mahmood Qureshi will discuss with the Pakistani-American multi-billionaire to invest in the Pakistan Super League (PSL). 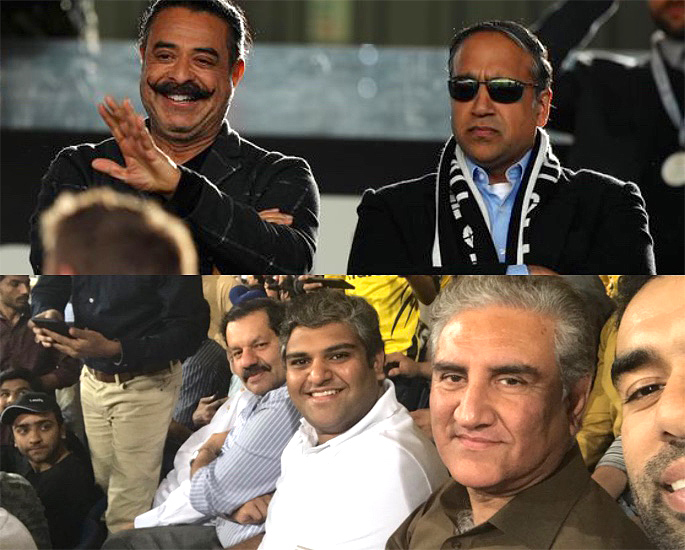 However, the richest individual of Pakistani descent has not openly spoken about any plans for Pakistan cricket.

Shahid has though met cricket icon and Pakistan Prime Minister Imran Khan in 2019, praising him and having confidence in his leadership.

Despite any potential meetings or rumours, the Pakistan Cricket Board (PCB) will be looking into key investors like Shahid Khan.

We briefly highlight the background of Shahid Khan and why he should contemplate investing in Pakistan cricket. 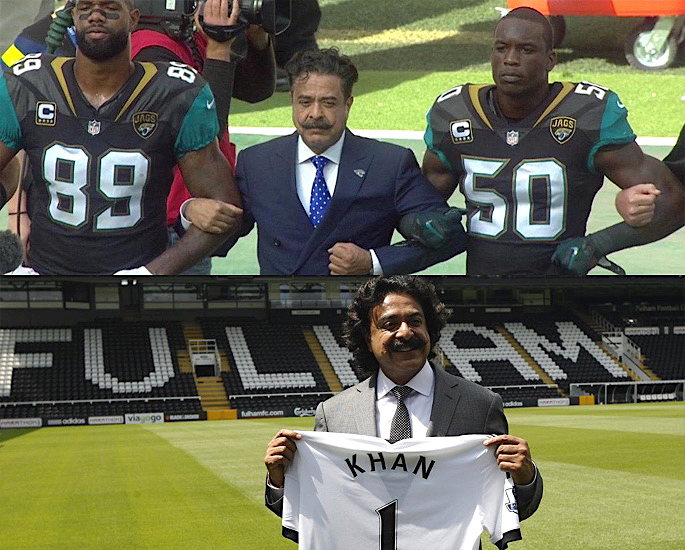 The Lahore-born Shahid Khan has all the experience, when it comes to sports, particularly, in his country, the USA, and across the seas to the UK.

After purchasing the National Football League (NFL) side, Jacksonville Jaguars in 2011, he went on to become the owner of Fulham Football Club in 2013.

With Shahid being amongst the lead investor of All Elite Wrestling (AEW), he should also look into Pakistan cricket.

Pakistan can be a challenge, but like all businessmen, surely this will not faze him.

Shahid’s investment can uplift Pakistan cricket, and by working with the PCB, a mutually successful business model can come to fruition.

There is no doubt that Pakistan cricket can benefit from his success and business acumen skills.

This can also act as an avenue for Shahid to give something back to the country he originally came from. Cricket is an ideal sport for him to invest in.

Despite Shahid rarely travelling to Pakistan, any ventures from him will receive a big welcome. He and his entourage will be given the highest hospitality and status one can imagine.

Having the services and expertise of Shahid will be a dream come true for Pakistan cricket. 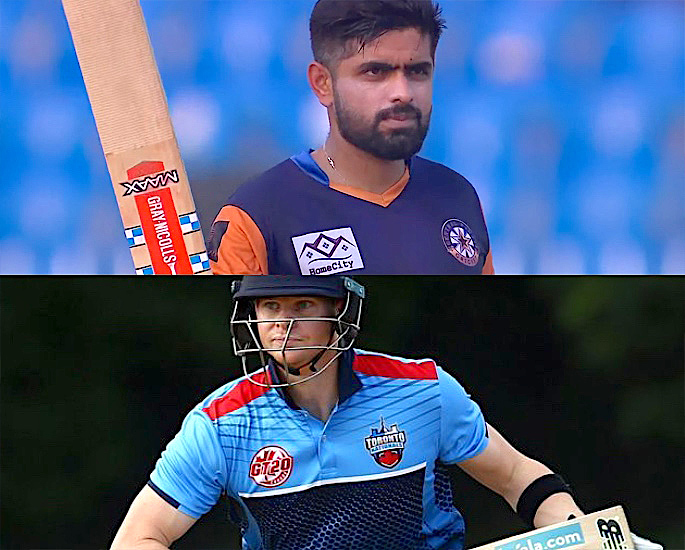 A few years back, there was speculation of the American NFL owner, Shahid Khan expressing an interest to invest in Pakistan’s domestic T20 competition.

Why did that not materialise? Well, there were no concrete plans or suggestions that the investment was really on the cards.

Pakistan legend and leader Imran Khan was always critical of the domestic system. Under his premiership, the National T20 Cup 2021-2022 has been a huge success.

Fans have turned out to watch inside the stadium, with LIVE streaming of the matches breaking records.

PCB Chairman, Ramiz Raja also wants to start an Under-19 T20 league. He told the media the importance of targeting the youth:

“We need to develop an environment in which we generate professional cricketers at a young level.”

Can such plans encourage Shahid to invest as a sponsor or even start a completely fresh domestic league in Pakistan?

This nicely leads us to the lucrative PSL, which is certainly a popular brand and an exciting proposition for someone of Shahid’s stature.

If he was to invest in the PSL or have majority control, the premier competition can potentially have a beneficial title sponsor.

His entry into the PSL itself will attract top players. This will allow the league to be among the best, along with the Indian Premier League (IPL).

He can even opt to have a franchise team and professionally model it, with others following suit. Fans are also requesting him to consider the league from a financial perspective.

“Invest in PSL not only in NFL.”

Contractual elements, longevity, and return on investment are key points for discussion here. 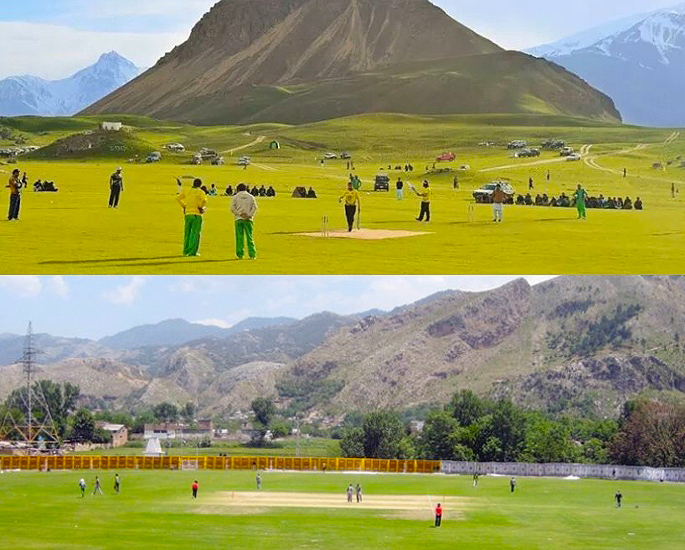 Over the years, there has been a lot of talk about the upgrading of cricket stadiums in Pakistan.

Again there are some breathtaking locations, which Shahid Khan and his team of advisors can look into.

Ideally, long-term investments are worth contemplating in collaboration with the PCB.

Ramiz Raja is already forward-thinking, particularly the possibility of hosting a major event in the summer. Talking to the press, he said:

“I’m thinking to introduce a summer window for PSL.

“We can arrange matches in cold areas in for Abbottabad, Gilgit [and] Quetta because there’s a lot of international leagues already going when our PSL is held.”

Irrespective of the PSL, these venues and Gwadar are perfect and picturesque venues, where Shahid can perhaps look into investing.

These venues will also attract tourists, especially if there is regular cricket. This includes some international cricket.

Investment can result in super revenue growth. It can also be a surreal experience for Shahid to relax and enjoy cricket at some of the most elevated grounds in the world.

Having a 5-star hotel and other facilities near to these stadiums is convenient for players and their safety.

Having a cinema as part of a cricket complex would be a first of its kind.

When asked about why Shahid Khan should turn Abbottabad cricket ground into a state of the art facility, Feroz Khan, a Pakistani cricket fan from Birmingham said:

“Shahid Khan will earn further glory with a world-class stadium being built in a former colonial city founded by Major Abbott.”

Abdul Rehman Bukhatir was instrumental in introducing cricket at the once desert location of the United Arab Emirates (UAE).

Thus, Shahid expanding one of these scenic spots is not far from being feasible. Shahid has previously looked into purchasing Wembley Stadium. So again, he has that capacity.

The American Series and Connection 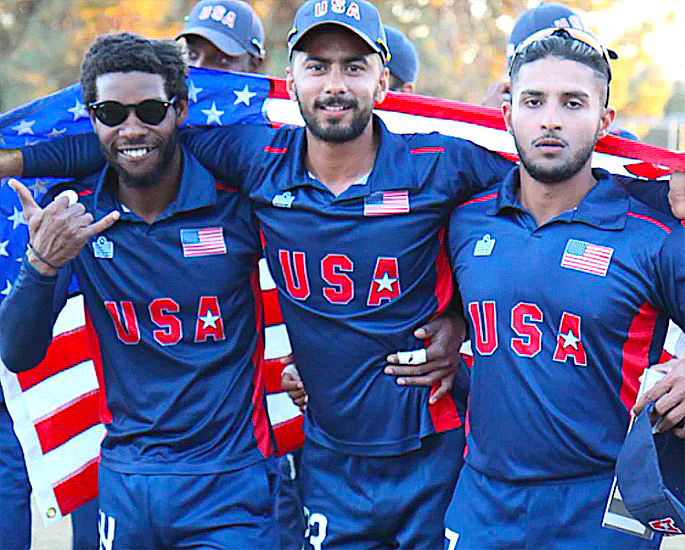 As the USA team is developing with many desi cricket players, it is worth exploring an annual series in Pakistan.

A Pakistan versus USA series will act as a great fusion event for Shahid Khan who has a link with both nations.

A series of this nature will attract major sponsors and generate interest. It will also help to improve the USA cricket team by playing a mighty Test nation.

Acting as a friendship series, it can also strengthen relations between Pakistan and the USA.

The PCB and the USA Cricket need to be innovative. Shahid and his team can be a pivotal piece to the jigsaw and make something happen on a grand scale.

A frequent series involving Pakistan and the USA will also bring major American broadcasters into the equation.

Such an investment can bear fruit for Shahid and the PCB too.

Pakistan has experience in passing knowledge. Pakistan’s national airline PIA had a major contribution in training and assisting staff, as well as initial operations of Emirates.

Similarly, Shahid Khan and Pakistan can put the USA on the world cricket map with a powerful cricket initiative.

If Shahid was to invest in the domestic level or the PSL, he can also bring many US players to the fold.

Additionally, players from the USA regularly featuring within cricket leagues in Pakistan can only boost their game further.

Pakistan cricket is certainly something to consider for Shahid and his team. Nevertheless, there are other factors. which need to be taken into account. This includes the thoughts and views of the PCB.

Any investment coming from the US businessman will be a major scoop for the PCB. The big question is does Pakistan cricket excite him?

Time will tell if Shahid Khan invests in Pakistan. Fans will certainly be hoping that he injects his prowess into Pakistan cricket.