Why Haris Rauf should Play for the Pakistan Cricket Team

Haris Rauf is a fast bowler from Pakistan who has made a big impression in T20 leagues. We explore why he should be selected for the Pakistan cricket team.

"he’s a smart bowler who is aggressive"

Fast bowler Haris Rauf deserves to play for the Pakistan cricket team, with some exceptional performances during 2019.

Haris was born on November 7, 1993, in Rawalpindi, the same city birthplace as the great Shoaib Akhtar.

He was more passionate about football during his early days. However, he eventually took up cricket up after former Pakistan cricket legend spotted his talent in 2017.

Following experience in Australia, he made his debut for Pakistan Super League (PSL) franchise Lahore Qalandars at the 2018 Abu Dhabi trophy.

From then on, Haris has not looked back. He has impressed everyone with his bowling and pace at the 2019 PSL and Big Bash League (BBL).

His most memorable moment include taking four wickets against Karachi Kings and a five-wicket haul versus Hobart Hurricanes.

His non-selection in the Pakistan cricket once again does raise questions of the selectors, particularly when he has more potential than others.

It is a dream for Haris Rauf to play for his country. We take a look at his performances and credentials, justifying why he is a must for Pakistan. 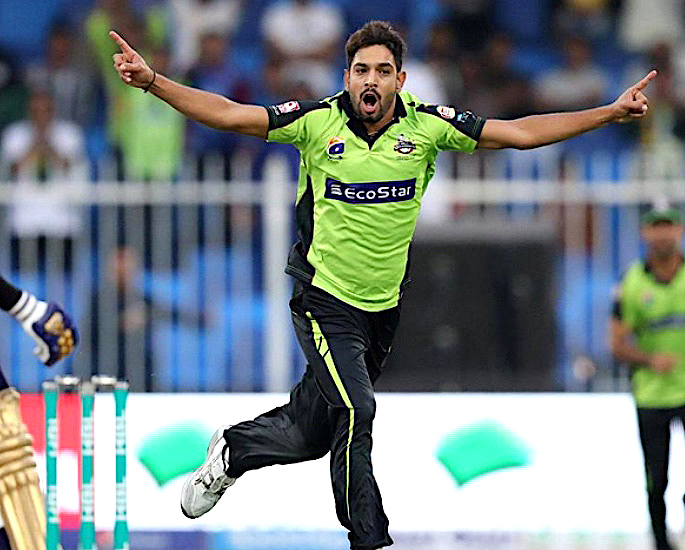 Haris Rauf announced himself on the world stage after making his Pakistan Super League (PSL) debut in 2019.

He made a big impact for the Lahore Qalandars in PSL’s fourth edition. He shook batsmen with his fast bowling and wicket-taking abilities.

It is at this tournament that he showed his aggression and varieties to trouble any world batsman.

His best performance came versus Karachi Kings in the fifth match of the PSL on February 16, 2019, at the Dubai Sports City Cricket Stadium. His devastating spell of 4-23 saw the Kings all out for 116.

Knowing that the Qalandars were defending a mediocre total of 138, Rauf’s death bowling under pressure was a true testament of his character.

Haris showed that he possessed some good slower deliveries and yorkers. Throughout this match, he was bowling with pace.

He frequently bowled above 145 km/h, clocking his highest at 148 km/h. The four victims he sent back to the pavillion were Ravi Bopara (ENG), Mohammad Rizwan (PAK), Imad Wasim (PAK) and Sohail Khan (PAK).

Aaqib who believes Haris can go big told the media:

“Haris has the talent to go places. He has the potential and the ability to become one of the fastest bowlers in the world.”

Haris finished the tournament, taking 11 wickets in 10 matches, with a bowling average of 24.70. 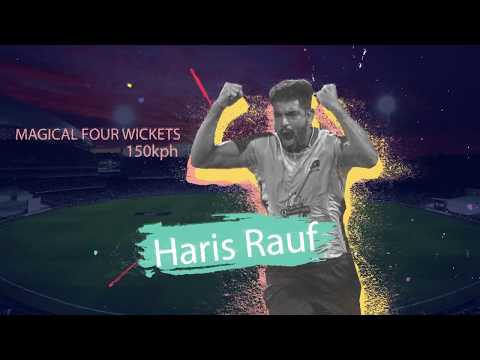 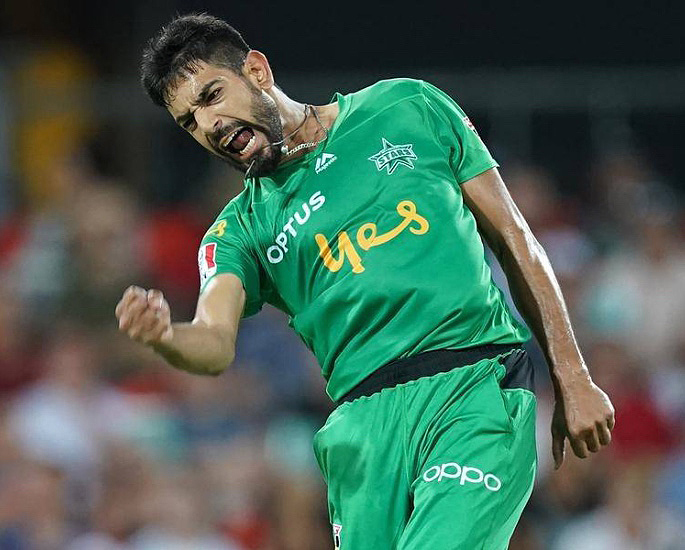 Carrying on from his 2019 PSL heroics, Haris Rauf notched a step further during the 2019/2020 Big Bash League held in Australia.

Haris Rauf had the opportunity to join Melbourne Stars as cover, following an injury to Dale Steyn (RSA).

Haris who made his debut against Brisbane Heats in the fifth match of the BBL on December 20, 2019, did not disappoint.

He took 2-20 in a four overs spell, which included the wicket of Max Bryant off his very first delivery.

It got even better for Haris in the 8th match of the BBL against the Hobart Hurricanes. On  December 22, 2020, Haris claimed a fifer.

After scoring 163, Haris was the shining star for the Melbourne outfit after demolishing the Hobart batsmen. Blowing the Hurricanes out for a nelson 111, three of his victims were clean bowled.

Haris was naturally awarded player of the match for his outstanding bowling.

Speaking to Geo News, Lahore Qalandars, Director of Operations, Aqib Javed was delighted by the performance of Haris, saying:

“This is great sight for me to see him taking wickets.”

“I pray and hope that he continues to do well in each game he plays.”

Whilst Rauf had to surprisingly make way for Steyn, he did make a come back for the Stars in BBL 19th match against Sydney Thunder.

Haris continued where he left from with yet another remarkable performance. He picked up 3-24 as Sydney could only manage 142-7 in their twenty overs.

Rattling the stumps of Daniel Sams (AUS), saw a slit throat celebration from Haris. Despite some taking his celebration as controversial, it was pure aggression from a typical fast bowlers

His delivery to bowl out Alex Ross (AUS) was a peach, as Rauf was unstoppable.  In reply, the Stars won the match with two balls to spare.

Haris took ten wickets in three matches, with an excellent average of 7.10. This made Harif the third-highest wicket-taker of the BBL, after nineteen matches.

His rise to stardom also gave Melbourne Stars a selection dilemma for the rest of the tournament.

Pakistan is missing a bowler like Haris Rauf who can be lethal with the likes of ‘Dhoom Dhoom’ Shaheen Shah Afridi.

Although it is quite surprising that players such as Mohammad Hasnain and Musa Khan have had a chance before him, the signs are looking good for Haris:

In an interview with cricket site, PakPassion, Waqar Younis had something positive to say about Haris:

“I watched him at the Pakistan Super League and was impressed by him. He possesses pace, he’s a smart bowler who is aggressive which I really like about him and I’m really glad that he has done well at the Big Bash League.

“He’s a strong lad, who has been working very hard on his fitness and he bowls a really good slower-ball.

“I’ve spoken to Misbah-ul-Haq about him and we are thinking about bringing him into our pack of pace-bowlers, working with him and hopefully we can push him into the Pakistan team soon.

With the ICC Men’s T20 Cricket World Cup taking place in Australia during October-November 2020, Haris should definitely get a chance on merit.

With his performances in the PSL and BBL, Haris Rauf has proven a force to be reckoned with. Haris Rauf certainly has the potential to be a great fast bowler for the Pakistan cricket team.

The 3 Major Sports Events To Look Forward To in 2020
Who was the First Indian Tennis Player?