Who was the First Indian Tennis Player?

Sardar Nihal Singh was the very first Indian tennis player to grace the grass courts back in 1908. We look at his professional journey and achievements.

"Sardar Nihal Singh, played and lost in his maiden encounter"

Sardar Nihal Singh became the first Indian player to compete at the highest level of the sport.

He was the first Indian to play on the green grass at the 1908 Wimbledon Championships in England. He surprised the nation back in the early 19th century, whilst India was an imperial state.

Although his date of birth is unknown, it is believed he was born in 1882 in India, If this is true, then he would have made his debut at around the age of twenty-six.

Despite Indian tennis player BK Nehru being scheduled to play in 1905, he gifted a walk over to his opponent in the second round.

Hence, with no record of BK Nehru actually playing at Wimbledon, Sardar Nihal Singh certainly was the first Indian tennis player to feature in a grand slam match.

Interestingly, he went onto participate in the Wimbledon Championships for three consecutive years.

Singh who was of Punjabi origin featured between 1908 to 1910, mainly concentrating on the men’s singles.

During his carer, he had his fair share of success. He managed to reach the quarterfinals of the 1908 County Dublin and the third round at the 1908 South of England Championships

He also made it into the last of the 1909 British Covered Court Championships.

His best performance in Wimbledon came in 1910, after impressively reaching the third round in a singles match. His gameplay in the doubles was also eye-catching. 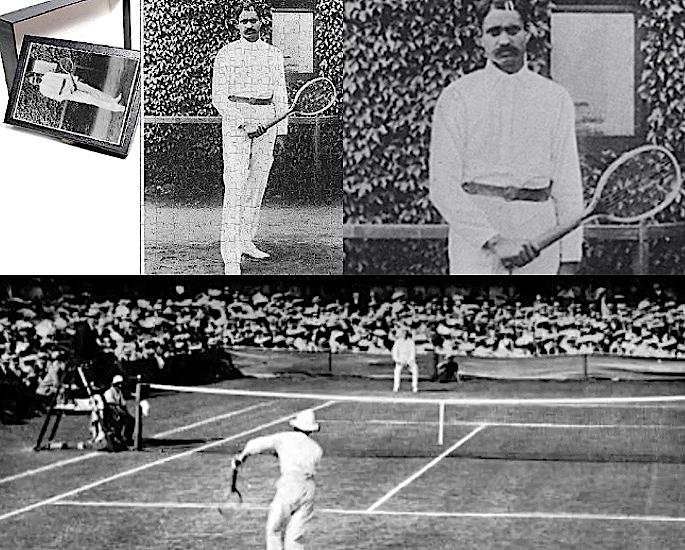 Sardar Nihal Singh made history by becoming the first Indian tennis player to compete in a game at the Wimbledon Gentleman’s Championships in 1908.

The British colonisers introduced the game in India during the late 18th century, with players emerging in the 1900s.

The first Indian player listed to feature at the 29th Wimbledon Championships in 1905 was BK Nehru. However, he did not participate in the competition, handing a walkover to his British opponent Robert Hough in the second round.

This gave Sardar Nihal Singh a chance to make an impact, stand out and make history during the 32nd edition of the Wimbledon Championships which began on June 22, 1908.

The tournament took place at the All England Lawn Tennis and Croquet Club in Wimbledon, London, United Kingdom.

With Singh featuring in the tournament, it was a huge opportunity for India to integrate into a major British sporting event

For many, it may have been quite surprising to see an Indian athlete playing in Wimbledon. Being an unknown identity, it was difficult to predict how well he would fare.

Sardar Nihal Singh made his Wimbledon debut, in the first round against British player Henry Wilson-Fox.

Drawn in the bottom, this match was the best of five sets, with the winner having to reac.h three sets. An entertaining yet fairly close encounter in the first set saw Wilson-Fox edge out Sardar 11-9 in games.

Considering there were no tie-breaks in those days, Singh put up a brave fight in the first set. Continuing to keep his composure, Wilson-Fox was too strong for Singh. He went on to claim victory after winning the remaining two sets (6-2, 6-4).

In the book, Sport in South Asian Society, editors Boria Majumdar, J. A. Mangan confirm Singh being the first:

“Sardar Nihal Singh, played and lost in his maiden encounter at Wimbledon in 1908, the first-ever Indian to do.”

Despite a testing first Wimbledon, Sardar became popular after breaking the diversity barrier in Tennis.

The experience of playing at Wimbledon gave Singh confidence when playing in 1909 and 1910. 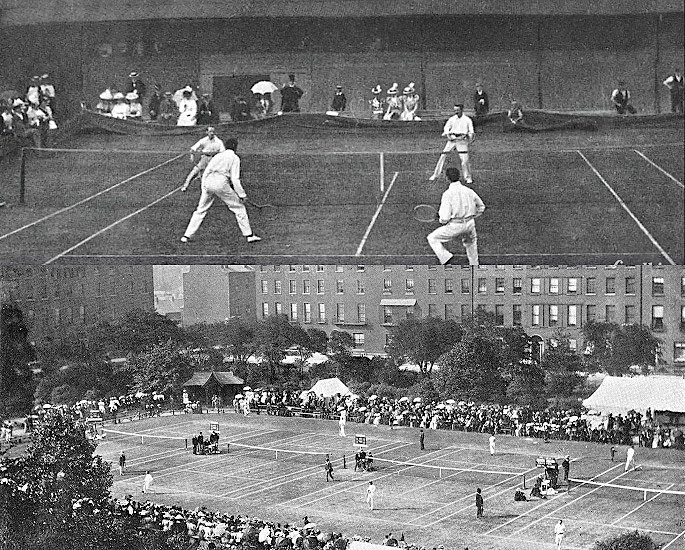 After winning his previous rounds, he was facing Irish maestro Thomas Good in the quarterfinals on August 15, 1908, in the best of three sets. Thomas Good went onto win quite a few tournaments during his career.

A close first set saw Singh narrowly losing 7-5. Despite the resilience of Singh, Thomas won the second as well 6-4, claiming a straight-sets victory.

It was a decent effort by Singh to reach the last eight of this event.

Playing consistently, a month later he made it to the third round of South of England Championships on September 21, 1908,

Singh then excelled at the 1909 British Covered Court Championships, making it as far as the quarter-finals. In the last eight, he was up against British talent George Caridia on May 1, 1909.

Cardia who won more than ten career tournaments during stamped his authority when  Sardar. A thrashing over three sets left Sardar crashing out of the quarterfinals (6-2, 6-1, 6-2).

The same year saw Singh reaching the second round of the 33rd Men’s Doubles Wimbledon Championships, which took place between June 21-July 3, 1909.

Teaming up with R. Quennessen [FRA], the Indo-French pair lost in straight sets in (6-1, 6-1, 6-3) to Brits Charles Dixon and Major Ritchie.

After reaching the second round of Wimbledon 1909, his best achievement at the grand slam came when he made it to the third round on July 2, 1910.

During the Wimbledon Men’s Doubles Championships, he paired up with Otto Blom [NED].

They bowed out in the second round, losing to the dominant pairing of Kenneth Powell [GBR] and Robert Powell [CAN] in straight sets, 6-3, 6-0, 6-4.

The first Indian at Wimbledon

Do you know who was the first ever Indian player at Wimbledon?

Despite not winning, his three-year stint at Wimbledon was about focusing on his personal development in Tennis. He went from the first round (1908) to second (1909) and finally reaching the third (1910)

He played his last match at Wimbledon in 1910. Besides the singles competition, featuring in doubles helped his tennis growth too.

Additionally, he was fortunate to travel globally, playing Tennis in London, UK and Dublin, Ireland.

However, the emergence of Singh was an inspiring expansion for the rise in Indian tennis players, building a powerful legacy.

Not to forget Jenny Sandison who made her debut in 1929. She was the first Indian female tennis player at the time.

Whilst reaching the third round at Wimbledon was a career highlight for Sardar Nihal Singh, we are hopeful of an Indian grand slam champion in the future.