Sumit Nagal is a promising tennis player from India. Having won the Boys’ Doubles trophy at Wimbledon on debut in 2015, he is earmarked for great things.

"I think he’s going to have a very solid career.”

Born on August 16, 1997, Nagal was raised in Jhajjar, Haryana, India. He started playing tennis at the early age of 8.

At the age of 10, he was inducted into ‘Mission 2018 program’ in collaboration with Indian tennis legend Mahesh Bhupathi. This programme was established to produce one Indian singles’ Grand Slam winner by 2018.

Having turned professional in 2015, Nagal instantly made his mark in the tennis world.

Despite being only 17 years old, he won the Boys Doubles championships at Wimbledon 2015. He was then successful in the ATP Challengers, winning the tournament twice in 2017 and 2019.

Continuing to excel in his career, he went up the tennis rankings and began facing difficult opponents.

The toughest player he came across was at the 2019 US Open. An exciting yet intense bout with Swiss tennis icon Roger Federer gave Nagal a significant career boost.

With so many encouraging moments during the initial stages of his career, we look at why Sumit Nagal has a promising future. 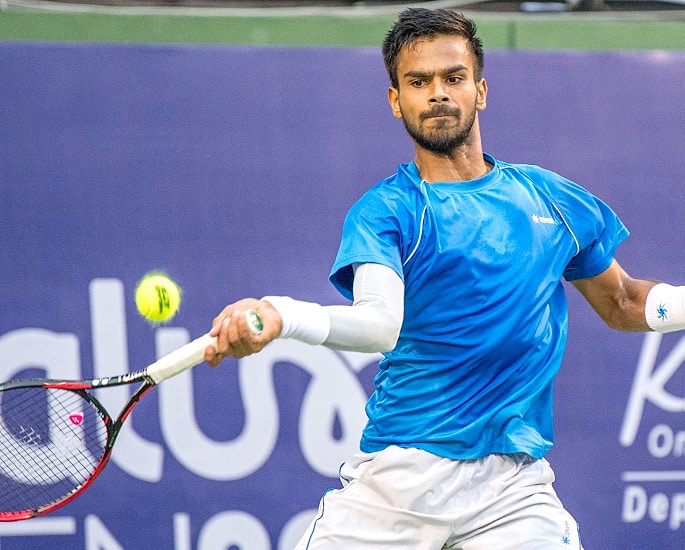 The gameplay of Sumit Nagal revolves around vigorous shot-making mixed with the occasional attack from the net.

He is an offensive player frequently taking the ball early. He is capable of counter-attacking rapid shots off both sides of the court.

Nagal is also a predominant force with his forehand, using plenty of topspin. He controls the speed of the ball and can cause problems for his opposition.

Occasionally throwing in drop and slice shots, he regularly focuses on ways to turn a rally, into his advantage.

Nagal proves to be comfortable at the net, as he is a natural at taking volleys when required. He also has the ability to guide volleys into the corners of the court.

The attacking intent by Nagal with his dangerous top-spin forehand also favours him when playing on clay. 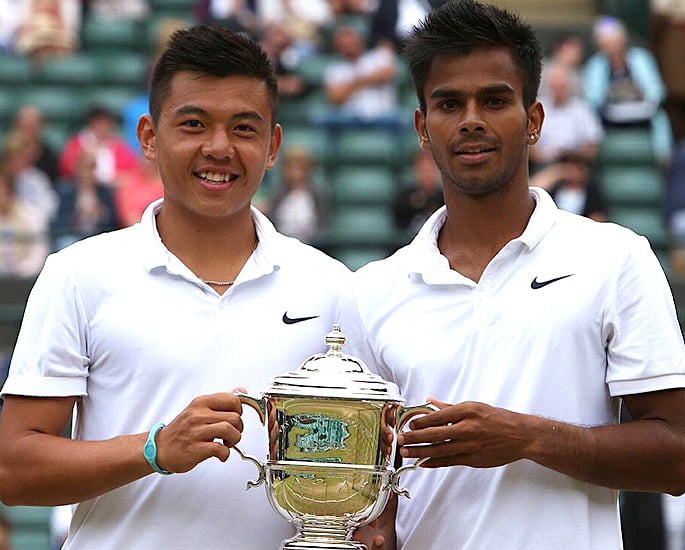 On June 29, 2015, he became the Boys’ Doubles champion at the 129th edition of the Wimbledon tennis championships commenced.

With 32 doubles teams participating in the competition, desi fans got to witness the young talented Sumit Nagal.

In this event, he teamed up with Vietnamese tennis player Ly Hoang Nam. After cruising past the first round and coming from behind in the second, the pair registered an easy quarter-finals win.

An intense semi-final encounter with Serbian Miomir Kecmanovic and Norweigan Casper Ruud saw the game pushed to a tiebreak.

With Nagal edging the first set through a tiebreak victory, Kecmanovic and Ruud bounced back to equal the game.

However, Nagal and Hoang Nam proved the much stronger pairing after winning 12-10, in a thrilling final set.

Nagal claimed a historic achievement after beating Opelka and Santillan 6-4 in the final set. Speaking to NDTV, Nagal spoke about how proud he was to win a Wimbledon trophy:

“Winning at Wimbledon is a big thing because it’s one of the biggest tournaments, it’s a fabulous feeling.”

Interestingly, he became only the sixth Indian to win a Grand Slam junior title. 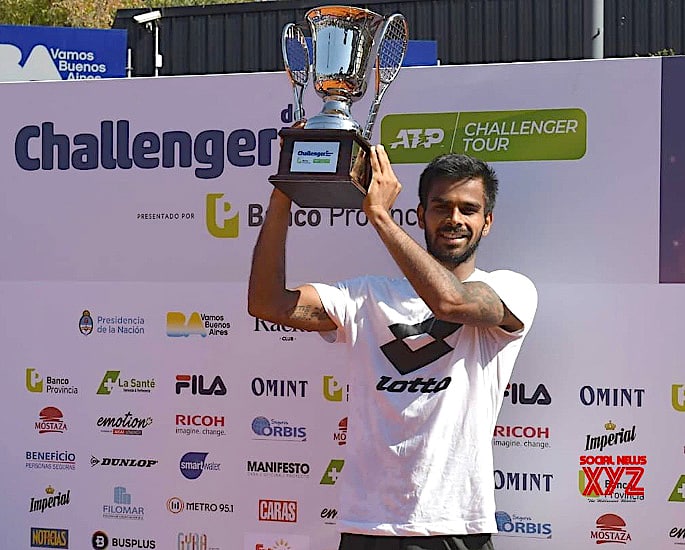 Following the successful year of winning at Wimbledon 2015, Sumit Nagal was looking to unleash himself further.

On March 2, 2016, the 105th edition of the Davis Cup got underway. This is an international team event, labelled as the ‘World Cup of Tennis.’

It was an honour for Nagal to make his Davis Cup debut, representing India with three other countrymen. India was drawn against a tenacious Spanish team that had star player Rafael Nadal.

Nagal had to face the challenge of facing the skilful Marc Lopez in the singles match. Despite Nagal, not being able to match the level of López and losing 2-1 on sets, it was a great accomplishment

In addition, the remaining Spanish players blazed past the other Indian competitors, giving Spain victory over India.

Furthermore, between September 23-29, 2019, he clinched his second ATP title at the 2019 Challenger de Buenos Aires tournament.

He had a final showdown with Argentinian player Facundo Bagnis. The talent of Nagal stood out, as he claimed an emphatic two sets win, 6-4, 6-2. 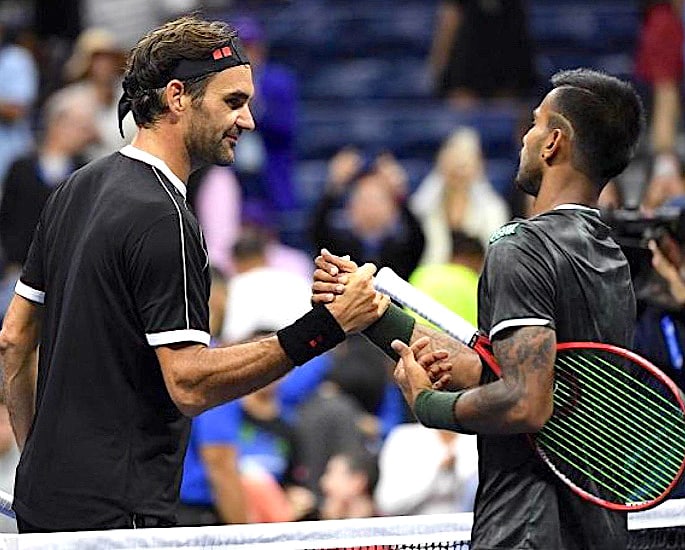 On August 27, 2019, Sumit Nagal relished the opportunity of facing Swiss tennis legend Roger Federer at the 2019 US Open.

Making his Grand Slam debut, Nagal gave a tough test to Federer. A resilient Nagal got off to a brilliant start after winning the first set 6-4.

Emerging into the US Open ranked 190, Nagal displayed composure to take advantage of continuous errors early on by Federer.

Although Nagal lost, Federer found his fight and ability very impressive. As reported by the Hindustan Times, Federer felt Nagal had promising potential:

“I think his game is based on being really consistent, moving well, moving the ball around well. He knows what he can bring, that’s why I think he’s going to have a very solid career.”

Most importantly, Nagal was also thrilled with his efforts against Federer. Describing it as a learning curve, Nagal said:

“The crowd was amazing. I enjoyed every moment out there.”

“I learnt a lot from him last night. How to carry yourself, how to control emotions, mixing it up.”

Stretching the match to four sets against the multiple Grand Slam winner certainly made a mark on his fans.

After winning Wimbledon at the juniors level and claiming two early ATP titles, Sumit Nagal can only improve further as his career progresses.

Also, having gained experience from playing against the likes of Roger Federer, his confidence can lead him to potential grand slam titles.

Barring any major injuries. Sumit Nagal definitely has a bright future ahead of him, hopefully accomplishing many more things in the world of tennis.

Images courtesy of IANS and Reuters.