The Indian girlfriend of cricketer Glenn Maxwell showed her love for the Australian with pictures of the couple enjoying one another’s company.

the couple enjoyed a trip across Europe

Australian cricketer Glenn Maxwell is known for his on-field performances but his personal life has now been attracting attention.

He has been in a long-term relationship Melbourne-based Vini Raman who is of Indian origin and works as a pharmacist.

The couple has been dating since 2017 when Vini first posted a picture with the all-rounder.

Vini’s picture on social media had prompted speculation that the two were dating which later proved to be true.

Since then, Vini has uploaded a whole host of pictures with Glenn, sharing some wonderful moments together.

Many of their pictures showcase her love towards him as they are both displaying their affection for one another in the intimate pictures.

Vini regularly shares the photos which show how serious her relationship is with Maxwell. Whether they are travelling together or attending events, the moment is captured. 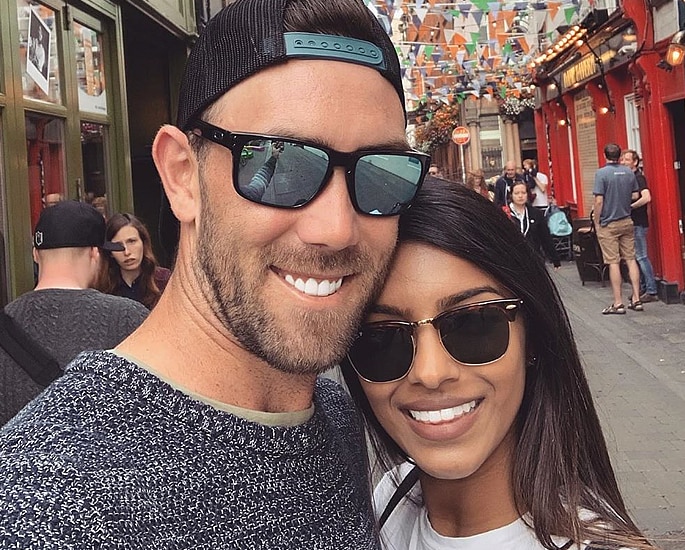 Many of their photos have gone viral especially since Glenn took his girlfriend to the Australian Cricket Awards in early 2019.

During the summer of 2019, the couple enjoyed a trip across Europe while documenting their adventures.

They visited the likes of Manchester and Dublin, enjoying each other’s company.

In March 2018, the couple visited Dubai where they gave fans a glimpse of their holiday. 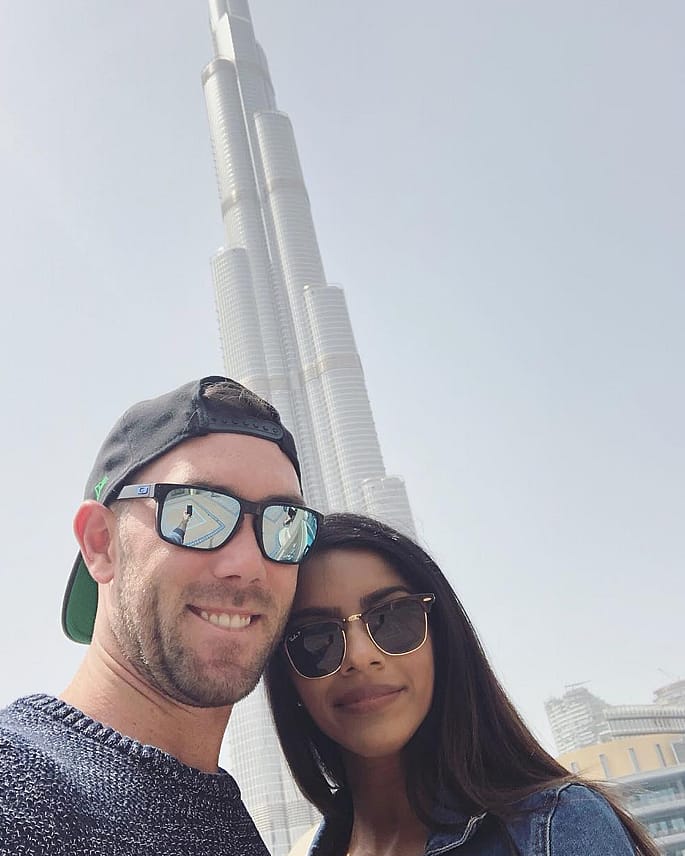 It was Glenn’s 31st birthday on October 14, 2019, and many of his fans and teammates sent him their best wishes on social media.

His girlfriend Vini also took the time to share a lovely and quirky post for the cricket player.

She shared a photo of them together along with one of Maxwell when he was a child.

She captioned the post with: “The only day of the year that I’ll admit you are funnier, cooler, smarter and were a cuter kid than me.” 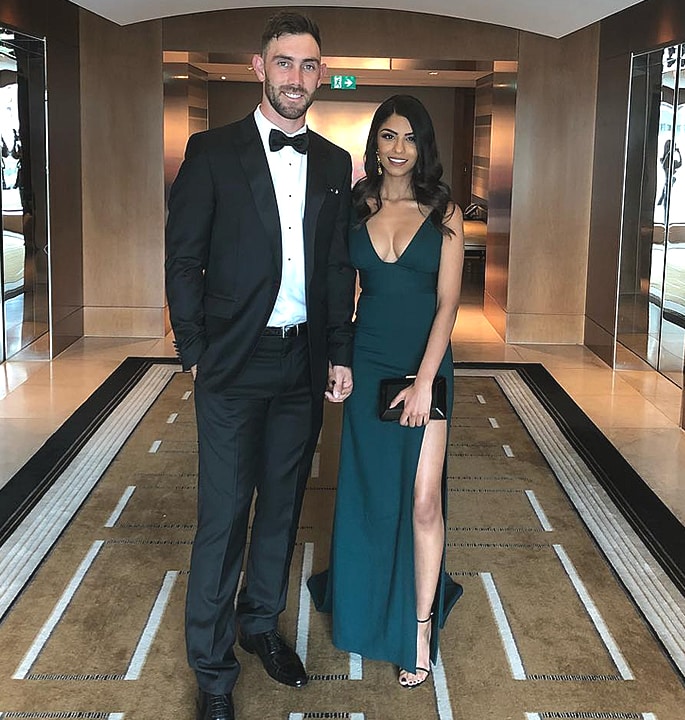 With the regular displays of affection, there have been rumours that the couple will tie the knot.

However, the talk of marriage has not come to fruition but only time will tell as to when they will decide to walk down the aisle.

In the cricket world, Glenn Maxwell has made a name for himself as one of the big hitters in the shorter forms of the game.

Glenn, who is nicknamed Maxi, is renowned for his dramatic shot-making and improvisation.

He is a mainstay in the Australian national team where he currently plays ODI and Twenty20 cricket. He also represents Victoria and Melbourne Stars in Australian domestic cricket as well as Lancashire County in English County Cricket.

Maxi also enjoyed a stint in the IPL, playing for the Mumbai Indians, Kings XI Punjab and Delhi Capitals.

Dhiren is a journalism graduate with a passion for gaming, watching films and sports. He also enjoys cooking from time to time. His motto is to “Live life one day at a time.”
The Rise of Indian Tennis Player Sumit Nagal
Mzansi Super League 2019 Teams and Players