Glenn Maxwell to Marry Vini Raman but Who is She?

Cricketer Glenn Maxwell is set to marry Vini Raman but who is she? We look at some of the lesser-known facts about her.

The wedding date was revealed after their Tamil wedding invitation went viral.

According to reports, the pair will have a traditional Hindu wedding in Melbourne.

Since then, there has been a lot of intrigue as to who Vini Raman is.

Vini is an Australian citizen who is of Indian origin. She was born in Australia after her parents Ramanuja Dasan and Vijayalaxmi Raman moved there.

She is based in Melbourne and is a pharmacist.

Growing up, Vini went to Mentone Girls Secondary College in Victoria and went on to complete her studies in medical science.

The couple have reportedly been dating since 2017.

After Vini posted a picture with the all-rounder, speculation arose that the two were dating.

The rumours turned out to be true and since then, Vini has regularly posted pictures with Glenn.

Their first public appearance came in 2019 when Vini accompanied her boyfriend at the Australian Cricket Awards. 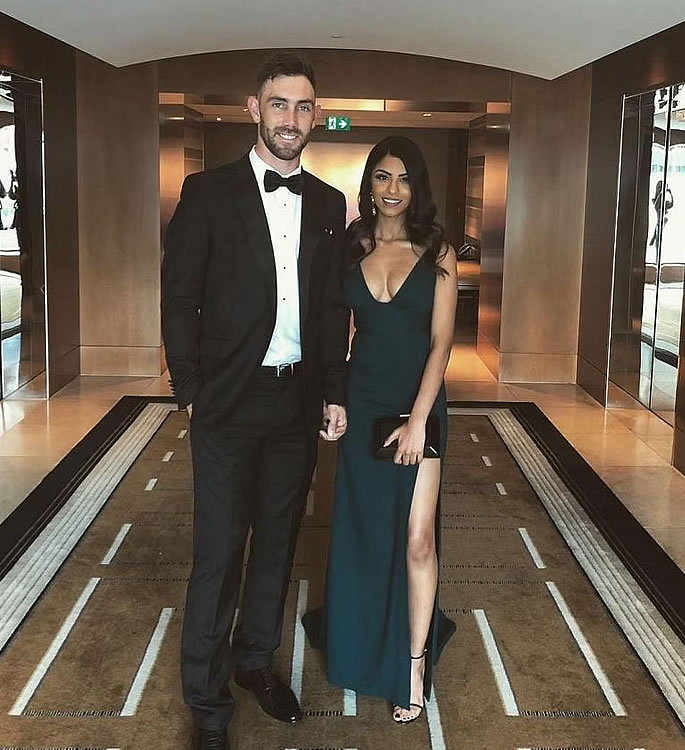 In 2020, the couple got engaged and on March 14, 2020, Vini shared a picture from their traditional Indian-style engagement.

They matched in emerald green outfits, with Vini wearing a lehenga and Glenn sporting a sherwani.

In the caption, Vini said:

“Last night we celebrated our Indian engagement and I gave Glenn Maxwell a little teaser of what the wedding will be like.

“Shout out to both of our incredible families and all our friends who came to celebrate with us on such short notice – we are so grateful to be surrounded by some pretty amazing people.”

Glenn Maxwell previously revealed that his initial proposal plan fell through and admitted that the experience was more nerve-racking than a World Cup Final. 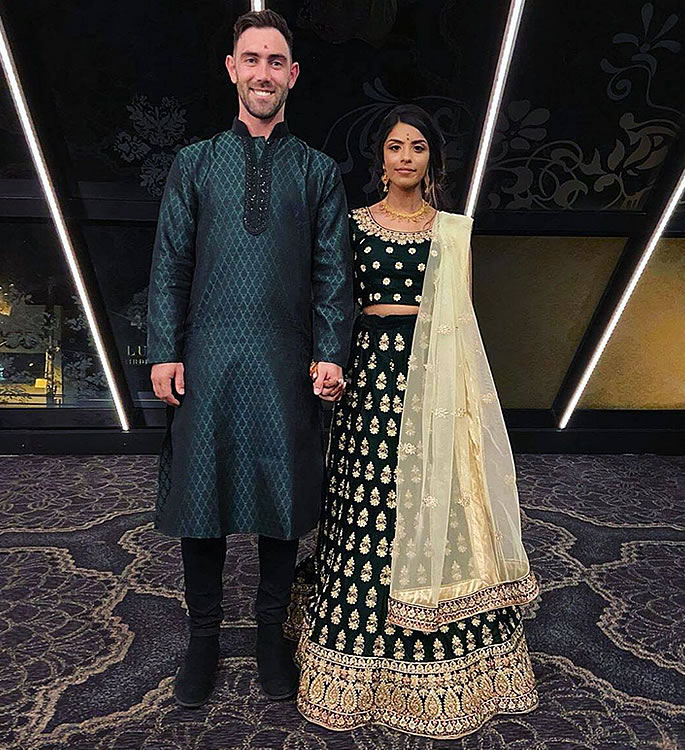 He said he planned to propose in a park but “we went for a walk and everything felt so wrong”.

Glenn explained: “I was so confident in my head about what I was going to do and it all went to s*** basically.

“Will Pucovski drives past, honking his horn and waving and I thought, ‘Well that’s ruined Plan C’. I was rattled at that stage.”

He then took Vini to a nearby public park.

“There were still kids around and people walking their dogs and as I turned around I saw Vini start to walk in the wrong direction.

“I feel like I pinpointed on Google Maps exactly where I wanted her to meet me, so I was a bit annoyed and then told her to come back the other way.

“I sort of pointed her away by saying there might be a cafe over there and she sort of turned away and I got straight down on one knee.

“But as I got down, she still had her phone in her hand and she must have panicked and pushed a button because she started calling me. So, my phone is vibrating in my pocket like mad.

“And I’m sitting there with a ring in my hand shaking anyway.”

“And she started crying, and I was like, I’m not taking this phone call. What is going on here?

“So she ended up leaving a seven-minute voice mail and it was the entire engagement chat.

Glenn Maxwell and Vini Raman are now looking forward to getting married, tying the knot before the cricketer rejoins Royal Challengers Bangalore for the 2022 IPL season.

Dhiren is a journalism graduate with a passion for gaming, watching films and sports. He also enjoys cooking from time to time. His motto is to “Live life one day at a time.”
Glenn Maxwell to Marry Vini Raman in March 2022
Amir Khan contemplated Pulling Out of Kell Brook Fight