Bollywood actor Arjun Kapoor has been named as India’s brand ambassador for Chelsea FC. He called the appointment “surreal”.

"We are delighted to welcome Arjun Kapoor into the Chelsea FC family."

Bollywood actor Arjun Kapoor said it was a “surreal feeling” when he was announced as India’s Brand Ambassador for Chelsea FC.

He also stated that it was a dream come true.

The actor took to Instagram on October 19, 2019, and shared a picture of himself holding up a Chelsea shirt with club legend and current manager Frank Lampard.

“Don’t ever stop believing because dreams do come true!!!

“It’s a surreal feeling… I cannot express how happy, proud & excited I am!!! Thank you Chelsea FC and Frank Lampard.”

The announcement of Arjun’s Brand Ambassador role was made at Chelsea’s training ground near Cobham, Surrey, UK.

Lampard spoke highly about the actor’s love for the Premier League club and what his role will involve.

He said: “We are delighted to welcome Arjun Kapoor into the Chelsea FC family.

“He is a versatile actor with a fantastic personality and a deep love for the club.

“Arjun’s charisma and passion will be brought onto screens as he hosts our brand-new digital fan-show Out of the Blue with Arjun Kapoor.”

In his role, Arjun will be a part of several digital talk shows where he will speak to Chelsea fans and members of the squad.

He will bring the Indian Chelsea community closer to the players and the club.

“I have passionately rooted for the club, celebrated the victories and felt the heartbreaks from the losses.”

“Chelsea FC is in a rebuilding phase and as a fan, I’m privileged that I’m getting to spread the word in India through my knowledge of the club and the game.

“I feel like a child inside and can’t stop smiling.” 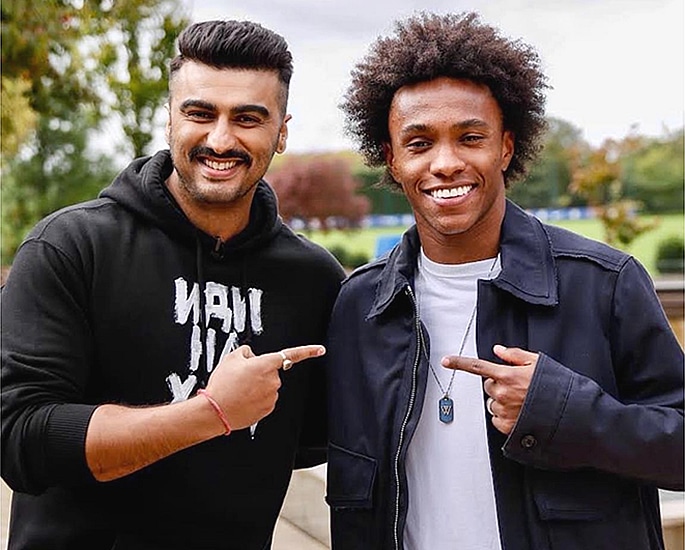 During his time at The Cobham Training Centre, Arjun Kapoor met the likes of Chelsea striker Tammy Abraham and The Blues’ Brazilian winger Willian.

Arjun shared the moments on social media and wrote:

“Made some new friends at Chelsea, Willian and Tammy Abraham!!!

“Managed a bit of banter with them as well… Such humble and fantastic personalities.”

On the film front, Arjun Kapoor is gearing up for the release of his next film Panipat. The period drama also stars Sanjay Dutt and Kriti Sanon and is set to release on December 6, 2019.

Dhiren is a journalism graduate with a passion for gaming, watching films and sports. He also enjoys cooking from time to time. His motto is to “Live life one day at a time.”
10 Indian Super League Teams for 2019-2020 Season
The Rise of Indian Tennis Player Sumit Nagal