Yan Dhanda has become the first player of Indian heritage to join Liverpool FC at a professional level, signing a two and half year contract.

"My long-term ambition would be to get into the first team before I am 20."

Dhanda signed his contract in the presence of Liverpool Academy director, Alex Inglethorpe.

Born in Birmingham, Yan Dhanda, the 17 year old England youth international, has secured a two and a half year professional contract at Anfield, soon after turning 17 on 14th December.

At 14, Dhanda joined the Liverpool FC Academy in July 2013 from West Bromwich Albion and Liverpool paid £200,000 compensation for his move.

West Bromwich Albion chairman Jeremy Peace was not annoyed and frustrated with the compensation system and was not happy losing Dhanda because he showed huge potential as a young player. 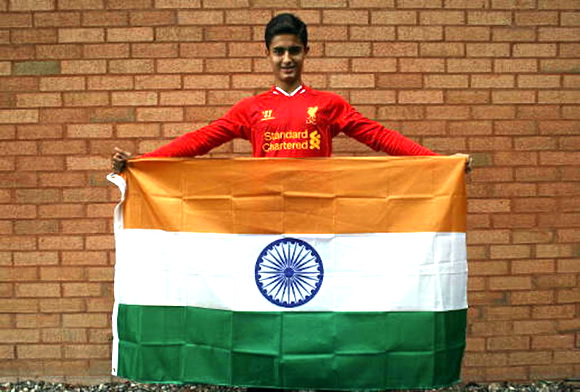 Prior to West Bromwich, Yan spent time at West Midlands clubs Walsall, Aston Villa and Birmingham, at the young age of seven. He then signed for West Bromwich on his ninth birthday.

Joining the academy also meant balancing his education with playing too. He attended school in Rainhill, which is close to the Liverpool Academy. Jerome Sinclair who is Liverpool’s youngest ever player studied with Yan and Raheem Sterling went to the same school.

Yan also won the U11 category in Chelsea’s ‘Search for an Asian Star’ competition, which was a surprise for him because he was with West Bromwich at the time.

He won the fitness award, Player of the Tournament and his team also were winners. 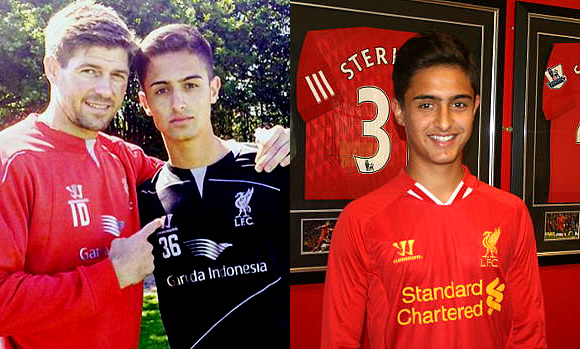 From a young age he has dreamed of being the first British Asian to be in the first team at Liverpool. Revealing his aims, Yan told the Liverpool website:

“My long-term ambition would be to get into the first team before I am 20.

“That is the dream but I am a million miles away from that now so I just have to keep my head down and work as hard as I possibly can every day.”

He had admiration for many first team players when becoming part of the Liverpool Academy:

“I really admire Steven Gerrard for all he’s done in the game and coming through the ranks. He started where I am now. Jamie Carragher has gone now but he did it the same way. I really respect that.”

His favourite footballer is Philippe Coutinho because he plays in a similar position to Yan and tries to emulate by the way he plays, as an attacking midfielder. 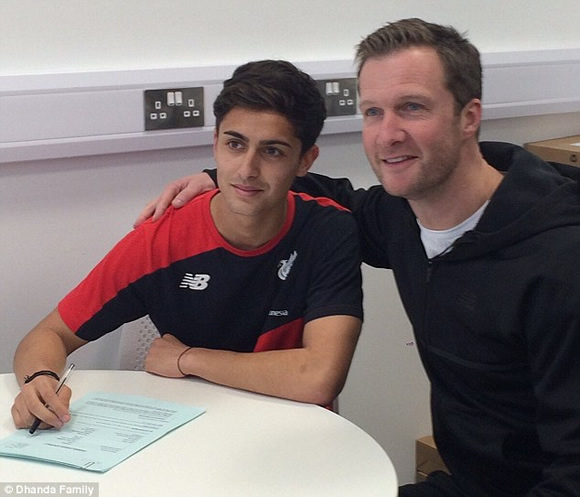 Since joining the Liverpool Academy he has been impressing them and has succeeded in making history for being the first player with Indian heritage, to sign professionally for Liverpool.

Yan Dhanda won the Up and Coming Player award at the British Asian Football Awards held at Wembley in 2013. 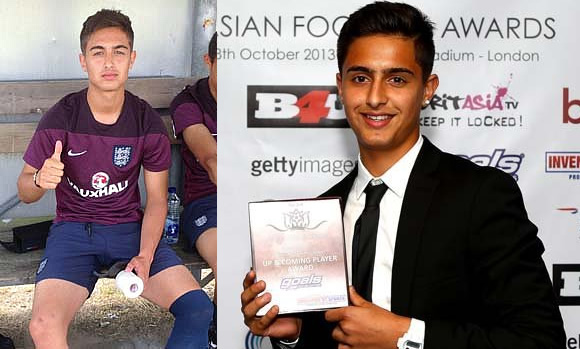 “It’s about finding the best talent regardless of where they come from. You are only going to choose someone and put them in your squad if they can genuinely compete for a place in your first team.

“Yan has a fantastic opportunity at Liverpool. He is a very talented young man and we hope he will achieve the best he can do.”

He’s been playing under the management of Neil Critchley and has been extremely impressive with an eye for goal scoring. He has scored at most of the games during 2015. 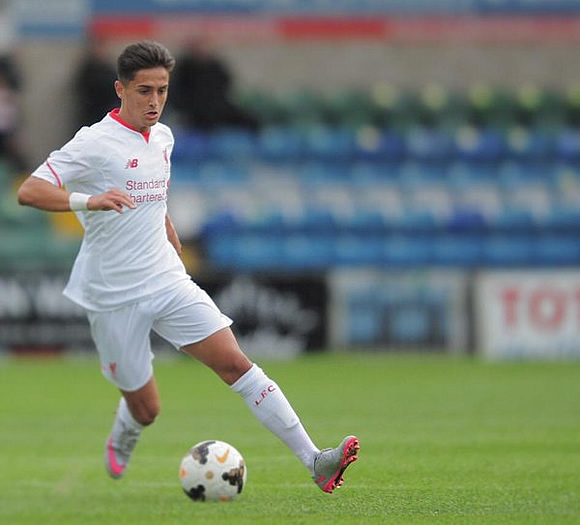 Yan Dhanda is the second British Asian to sign with a professional club. Swansea’s Neil Taylor was the first player.

After signing his contract, Yan went with with family and friends for a very special celebration at Liverpool Italian restaurant San Carlo.

With Jurgen Klopp in charge of the first team, let’s hope he sees talent in this young player and develops him to be featured regularly.

Hopefully, this is the start of a sea change where we do see more British Asians playing top flight football, because they are more than capable to do so.