José Mourinho no longer the ‘Special One’ at Chelsea

Football Manager José Mourinho has left Chelsea FC by ‘mutual consent’ after a losing streak left the team one point above the relegation zone.

Mourinho went over 'mutual consent' due to 'discord' with players.

Chelsea Manager, José Mourinho, also dubbed the ‘Special One’ left the football club after a series of losses saw the team fall to just above regulation.

To the dismay of owner Roman Abramovich, and Chelsea fans, the West London club are now ranked 16 in the Premier League, and their 2-1 defeat to Leicester City was one of many this season.

Chelsea stated that Mourinho had gone by ‘mutual consent’ and because of a ‘palpable discord’ with the players.

Mourinho had signed a new four year contract with Chelsea for £10 million a year in August 2015, but was reportedly given his dismissal in a ten minute meeting at lunchtime, at the Cobham training ground.

Despite the talk of ‘discord’ in the team, Chelsea captain John Terry took to social media to give a tribute to Mourinho.

On his Instagram account, the player described the manager as ‘the very best’ and said they had ‘unbelievable memories together’:

“Thank You doesn’t seem enough. Sad sad day. Gonna miss you Boss. The Very Best I have EVER worked with, unbelievable memories together.”

Terry and the other players now wait while the rumours fly about who will replace Mourinho at Chelsea. 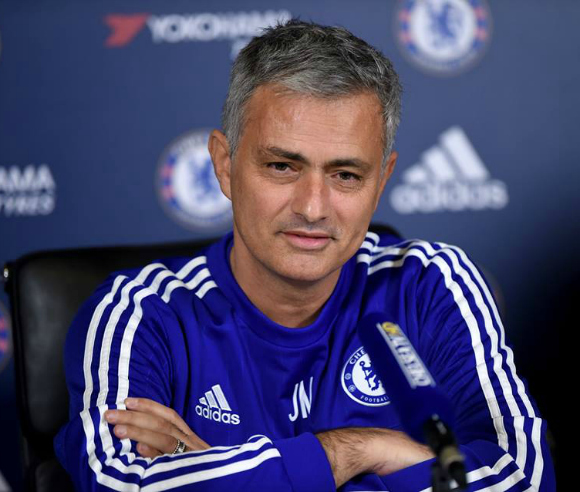 It has been reported that Chelsea are looking for a quick transition, and want a new manager in place for the weekend of December 19, 2015, when they face Sunderland.

Guus Hiddink has been named as the interim successor: he will take over Chelsea during the summer, but will not be their permanent manager.

Hiddink has already had success in a three month period at Chelsea in 2009, also as an interim manager; it is said he will oversee their game against Sunderland.

At the end of the season Chelsea will appoint the permanent successor to Mourinho, and the favoured candidate is currently Antonio Conte, who manages Italy. Another possible replacement could be the Atletico Madrid coach, Diego Simeone.

Mourinho will however still receive his full salary for this year, and Chelsea’s statement thanked him for ‘his immense contribution’.

As the most successful manager in Chelsea’s 110 year history, Mourinho will be looking for another challenge in his career now.

There have been rumours that Mourinho may return to his old club Real Madrid, though these remain unconfirmed.