Who was the First South Asian England Rugby Player?

A British Pakistani sports star won a historic cap for the national team in 1995. We revisit the first South Asian England rugby player.

"I felt my contribution was worthy of a selection."

He was born as Mohammed Ikram Butt in Leeds, Yorkshire, England on October 25, 1968.

At the age of seventeen, Ikram fulfilled his childhood dream as he signed professional forms for his hometown.

Shortly afterwards he went onto play for Yorkshire county, playing against Cumbria and Lancashire.

Then he achieved Colts International honours for Great Britain in the late 80s. His first major team was Featherstone Rovers, making his debut for them on August 26, 1990.

Playing in the right wing, he was part of the team, which registered a 20-16 triumph against Workington Town in the 1992-93 Division Two Premiership final. Old Trafford was the venue for this game on May 19, 1993.

Playing 168 games for Featherstone, he had sixty-six tries in total. The same year he became the first South Asian England rugby player for England at the international level in either code. 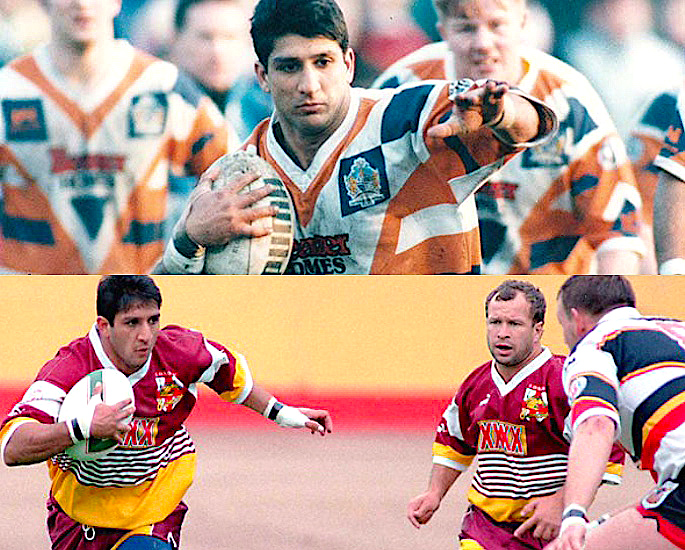 After leaving Featherstone during the 1994-95 season, he went on to join London Broncos in 1995. His other teams include Huddersfield Giants and Hunslet Hawks.

During the time Dr Ikram Butt had been playing professional rugby, there was no other desi rugby player. 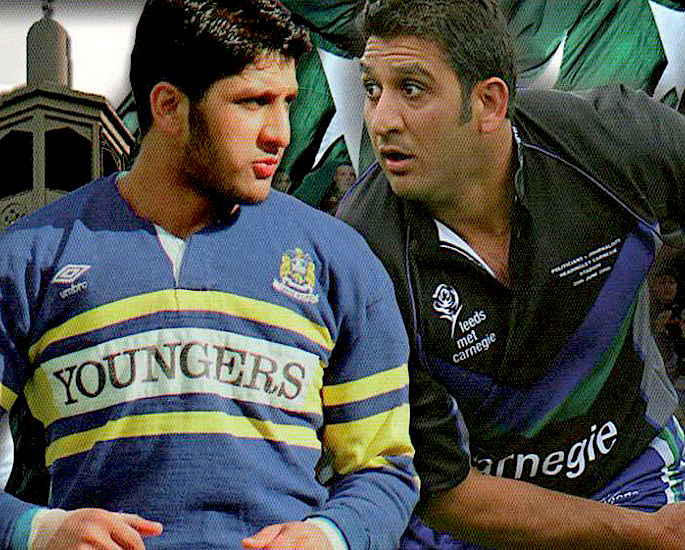 Dr Ikram Butt made sports history in the mid 90s as he became the first South Asian England Rugby player at either code. This includes Rugby Union and Rugby League.

He featured for the national team versus Wales in the European Rugby League Championship.

The game for Ikram took place at Ninian Park, Cardiff, Wales on February 1, 1995. His call up dismissed the myth that a physical sport like rugby did not appeal to those of South Asian descent.

In his autobiography, Tries and Prejudice (2009), Ikram acknowledges the limelight he had prior to the game:

“The interest in the first Asian ever to represent England in either code of rugby was amazing.”

“Not surprisingly, most of it portrayed me as some sort of ‘role model’ – a person who might have advice on how rugby league could attract more kids into the game from the Asian community.”

Earlier, his representation for Great Britain at the under-19 level gave him some exposure on a big scale.

He was instantly on the selectors radar, playing six times for GB against France and scoring in his debut match.

He was playing for Featherstone Rovers at the time of his England selection.

Ikram made the starting line-up for England in the match against Wales. In his autobiography, he writes about how it was an honour to wear the national attire:

“I was proud to wear that England shirt because of all the other great things it stood for.”

“And I respected the fact that I was wearing the same uniform as my team-mates and fellow countrymen.

He played the entire game from start to finish as a winger, wearing the number two shirt.

Despite it being a historical occasion for Ikram, England narrowly lost the game 16-18. This was the first time since 1977 that the Welsh team had beaten the English side.

The mini tournament was held in preparation for the 1995 Rugby League World Cup, taking place later in the year.

His family and friends were not at the ground, with Wales being far away. Hence, they watched the game on Sky Sports.

Over 20 Years on: Exclusive Reactions 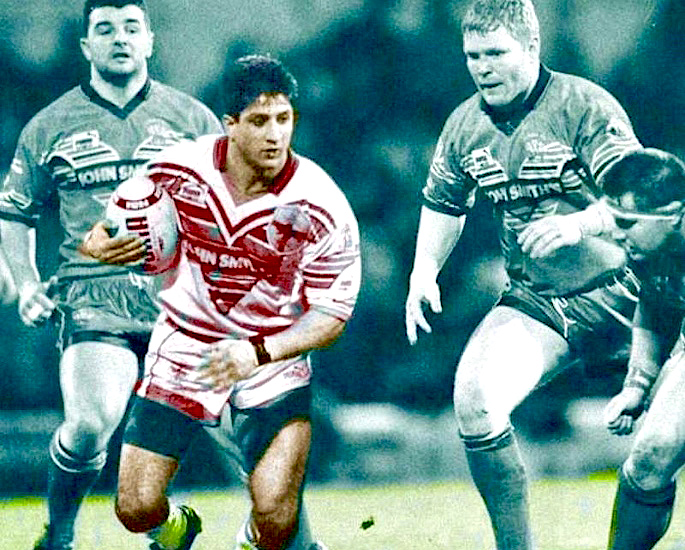 It has been over twenty years since, Dr Ikram Butt became the first South Asian Rugby Player to represent England.

According to Ikram, he had a formal call from a Rugby Football League official about his selection to play for England. He further adds:

“Ellery Hanley was coach at the time and he selected me in the squad.”

Ikram modestly points out that his selection was down to him consistently “playing professional in the first team for five years.”

He describes being “very ecstatic, excited and very proud” after gaining the nod for England. Ikram says his family were also “over the moon, very pleased and delighted of the selection.”

Sharing thoughts about the game and his positive performance, Ikram said:

“I certainly enjoyed playing the game. It was very fast pace and very intense. I felt my contribution was worthy of a selection.

“You know, I got a pat on the back from the coach and my teammates, because it was my debut. And everybody was very supportive.”

Ikram admits he had some nerves, as he just wanted to get out there. But after getting his first touch on the ball, he became fairly confident.

Unfortunately this is the only game that Ikram played in England colours. Ikram did not feature in the second and final game against France, staying back at the hotel, with a cold.

Respecting his seniors with their call, Ikram states:

“At the end of the day, you have to respect the coaches decision whether you like it or not.”

From then on there was a change in coach, resulting in him not playing for England again.

Ikram has spoken previously about “racism” and “discrimination during his career. But he has never highlighted it in context to his “non-selection” especially for England.

Ikram who had an illustrious club career retired from rugby in 1998.

However, he captained the Pakistan rugby union team to thier maiden Tri Nations victory in June 2006. 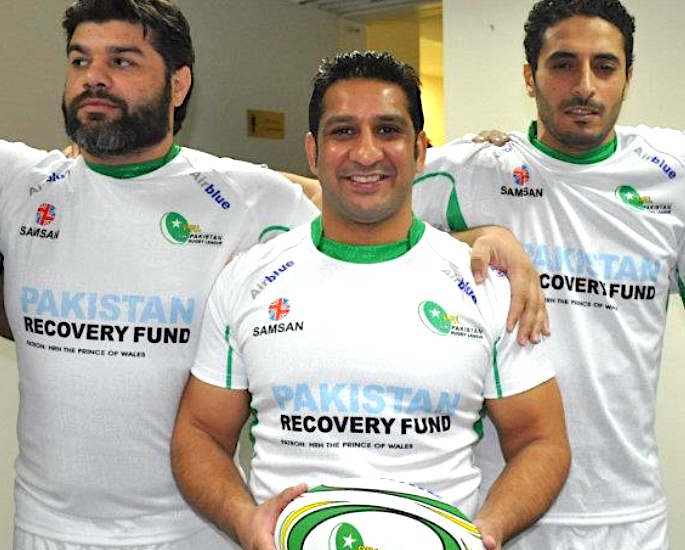 The former rugby legend has gone from strength to strength after retirement He has been campaigning for the wider participation of British South Asians in sport.

As a result, he was the founder of the British Asian Rugby Association (BARA). He is also spearheading “community integration” to overcome cultural and social barriers via the sports medium.

Additionally, in recognition of his services to community sports development, he received an honourary doctorate in sport science from Leeds Beckett University.

Dr Ikram Butt who was the first South Asian England rugby player continues to inspire quite young desi individuals to play the sport.

With his accomplishments, hopefully many more players of a British South Asian background will follow into his footsteps.