Cricket Beyond the Boundary Line (CBBL) presents ‘Bowling Out Domestic Violence’ to support the White Ribbon Campaign and Asian Women in Sports.

“I am delighted to captain the first ever Women's All-Asian Team in the UK."

Cricket Beyond the Boundary Line (CBBL) aims to ‘Bowl Out Domestic Violence’ in support of the White Ribbon Campaign.

Star cricketers from the men’s and women’s game, along with celebrities and politicians all come together for this special event.

CBBL host two matches at the Headingley Cricket Ground on 04 September 2016, to tackle domestic violence against women and children.

The first match features Combined Services XI facing the Inspirational XI in the women’s match. In the men’s match, the Parliamentary Select XI will contest against the NACC/White Ribbon XI.

All four teams will fight it out to win the 2016 Cricket Beyond the Boundary Line White Ribbon Trophy.

“Yorkshire County Cricket Club is delighted to support the White Ribbon Campaign and all at Headingley are very much looking forward to hosting the day’s events.

“As a club we pride ourselves on supporting worthwhile initiatives such as this one, especially when the campaign chimes so well with cricket’s culture of respect. We sincerely hope the event proves successful in raising awareness of domestic violence.”

On event day there will be a cricket carnival atmosphere, reflecting diversity. Activities and entertainment on show will include: climbing wall, bouncy castle, the Army Band and Bhangra drummers. 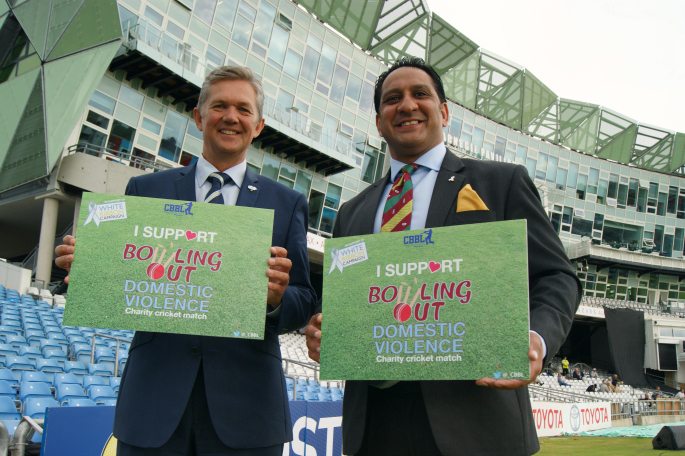 Tom Harrison, Chief Executive Officer of the ECB  said: “It’s great to see cricket at the heart of this initiative and so many different cricketing communities involved. Our congratulations to CBBL on organising the event and best wishes to all the teams involved.”

Lets take a closer look at the key aspects of this exciting event:

Ikram himself is originally from Leeds. This city is home to the famous Headingley Ground, which houses both rugby and cricket.

After playing through the amateur ranks, he went onto represent his hometown Leeds aka Rhinos.

Ikram was a professional rugby player for thirteen years, having primarily played for Featherstone Rovers. In 1995, he also had a call to play for England at the European Championships. His career then took him to the capital, playing two years for the London Broncos.

Along with Ikram, Halima Kham set up CBBL, which sort of birth out from this specific event.

Halima has good experience in the field of sports and is quite passionate about cricket. She has also done some work with the Bermuda ladies cricket team. 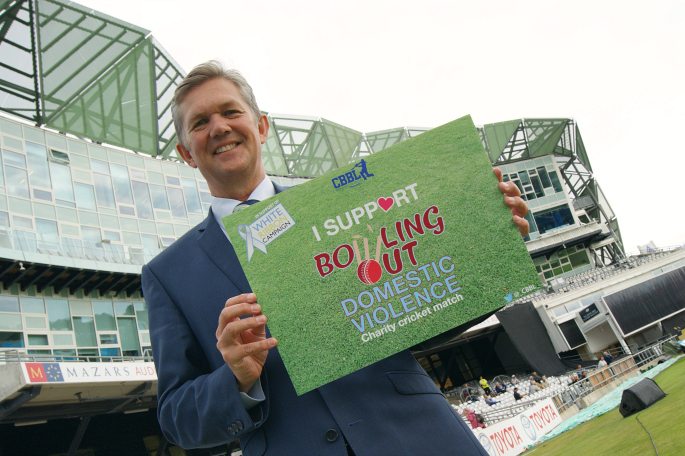 Halima has played a pivotal role in taking this initiative forward, particularly from the women’s perspective.

It is interesting that despite Ikram being a former rugby player, this event is cricket concentrated.

Ikram has always been part of some great sporting programmes – Be it rugby or football.

Ikram is no stranger to cricket as well. He, Halima and England cricketer Adil Rashid are Trustees of the Adil Rashid Academy.

Rashid is also an ambassador for the White Ribbon Campaign.

This initiative sets out to achieve its core objective, which is to raise awareness for the major issue of domestic violence. This is an issue that affects many people on a daily basis.

Secondly the aim is to provide a platform for women and girls so that they too can display their abilities. The angle here is to continually promote the development of the Asian women’s game. 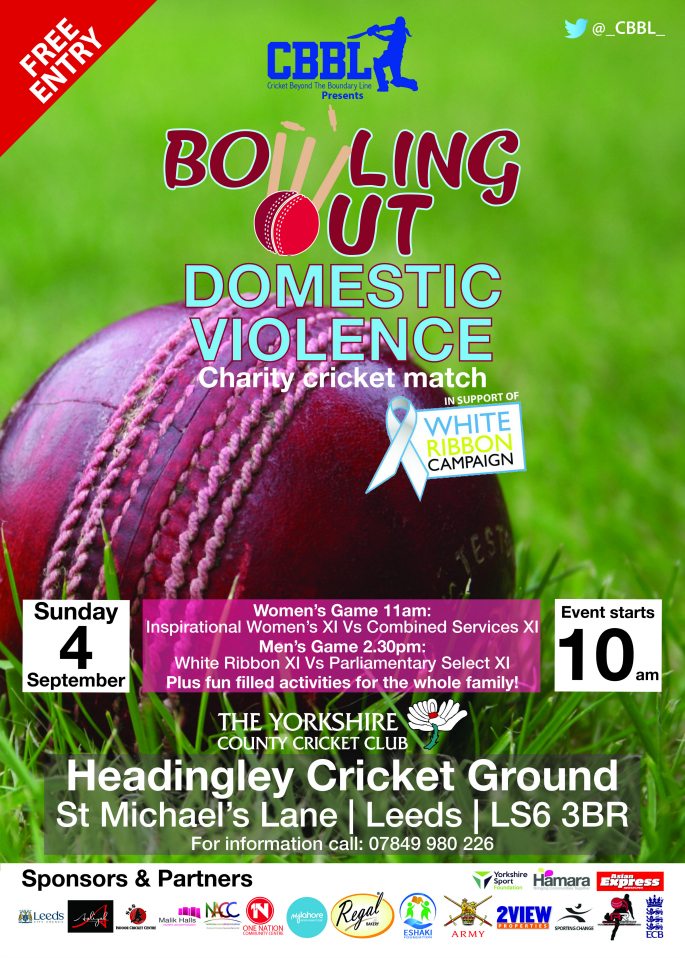 Women are equally as talented as the men and in fact have been better in some sports. One can no longer consider women as secondary in cricket.

This event is expected to grow in the coming years, as the purpose for setting up the CBBL is to address issues like domestic violence.

“Sport is a fantastic tool to engage men and boys to discuss the issues such as violence towards women and girls and how they can become active role models in society educating people on how to tackle these issues in a positive manner.”

“Cricket is a powerful tool for engagement in bringing people from different backgrounds together whilst raising awareness of the White Ribbon Campaign.

“For me personally I am extremely proud to be showcasing the diverse range of women who play cricket from a grassroots level and especially those from the South Asian community.”

The organisers are hoping to take this project to other parts of the country, including Birmingham and Leicester in the future.

The Parliamentary XI team is led by Lord Patel. Other big names to play for the parliamentarian’s include local MP Greg Mulholland, Lord Kennedy and Welcome to Yorkshire CEO Sir Gary Varity.

Former England bowler Kabir Ali will lead the White Ribbon/NACC side. The sponsors for this event will make up the rest of this team. 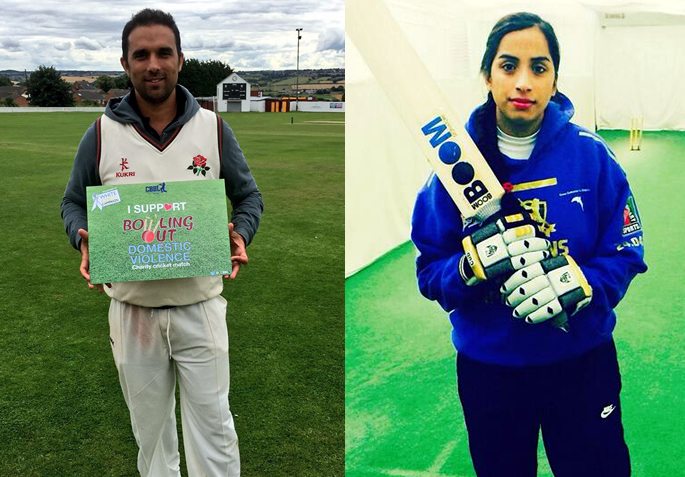 In an exclusive chat with DESIblitz, Salma commented about her team and the inspiration moving forward saying:

“I am delighted to captain the first ever Women’s All-Asian Team in the UK. This includes a selection of cricketers from all over the country who have been brought together because of their talent and inspiring stories.

“The team includes sisters, mothers and daughters who have a link with world cricket. This is the first team to make history, which will encourage many other Asian girls to take up the sport.”

The hosts are expecting special guests to attend this event. The gates open up at 9:30am. After the women’s game, lunch will be served, followed by the men’s match.

“Similar to the Olympics, if we can inspire a young boy or girl, then we can build on this event and take it around the UK,” Ikram exclusively told DESiblitz.

The CBBL provides the perfect platform to enjoy and play good cricket, whilst supporting a terrific cause.

Faisal has creative experience in the fusion of media and communication and research which increase awareness of global issues in post-conflict, emerging and democratic societies. His life motto is: "persevere, for success is near..."
Reaction to Pakistan’s Test Win on Independence Day
Wrestler Sakshi Malik gets first Rio Medal for India