A university report says that British Asian men who abandon their wives shortly after marrying them in South Asia should be seen as domestic violence.

"My husband used to beat me with a belt, hanger or whatever was at hand"

British Asian men who abandon their brides shortly after marrying them should be seen as domestic violence say academics.

The 2016 report by the University of Lincoln suggests Asian men from the UK marry women in South Asia for financial gain.

These men take thousands of pounds from their in-laws and use their wife as a domestic slave.

Mistreatment of these women has resulted in them being labelled as ‘disposable’.

Women experience physical abuse and abandonment from their husband and in-laws once they have moved to the UK, or while still in India.

Researchers notice this problem also exists in Pakistan and Bangladesh. 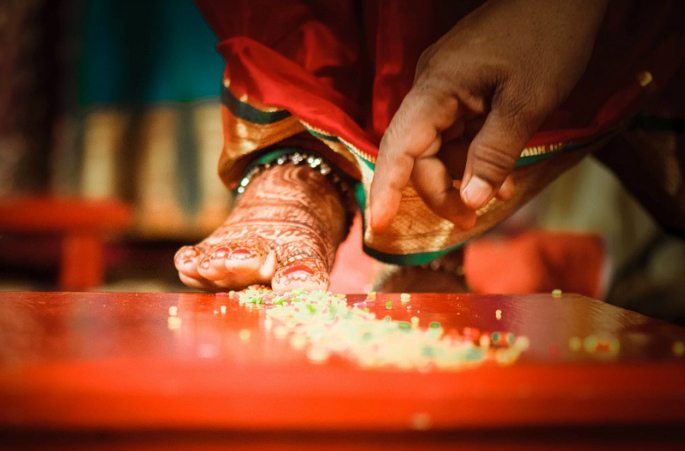 The university report titled ‘Disposable Women: Abuse, Violence and Abandonment in Transnational Marriages’ uncovers some dark truths about violence and abuse towards women in South Asia.

Researchers interviewed 57 women in parts of Punjab, Delhi and Gujarat. All of whom had been married to Asian men living abroad, including the UK.

It was found that 92 percent of these marriages had been arranged by family members. In 100 percent of cases, dowry had been demanded or given to in-laws.

Arranged marriage is a common form of uniting young men and women in India. A longstanding tradition that exists even today, families take the helm in arranging marriages for their children.

With many rural parts of India being predominantly patriarchal, women have few rights and depend solely on their family, husband or in-laws.

Some women also face limited options when it comes to marriage because of their background. 29-year-old victim, Gita, says:

“I had been divorced earlier, and am too dark complexioned – my parents had difficulty securing a match. When the family of an NRI from London approached my parents, they agreed immediately, and the wedding took place five days later.”

Sadly, very little is done by a bride’s parents in finding out much about the groom and his family before the wedding.

As mentioned in the report, some men living abroad will find it easier to secure a wife in India because she is more ‘exploitable’ than women in the UK.

Pragna Patel, Director of a campaign group, Southall Black Sisters, admits Indian women will tolerate more when it comes to cooking, cleaning and being treated as a domestic servant by their in-laws.

“The parents don’t seek full information like whether he is already married, his citizenship status. The NRI men know this – that the parents of the girl get scared of losing the match because they asked too many questions.” 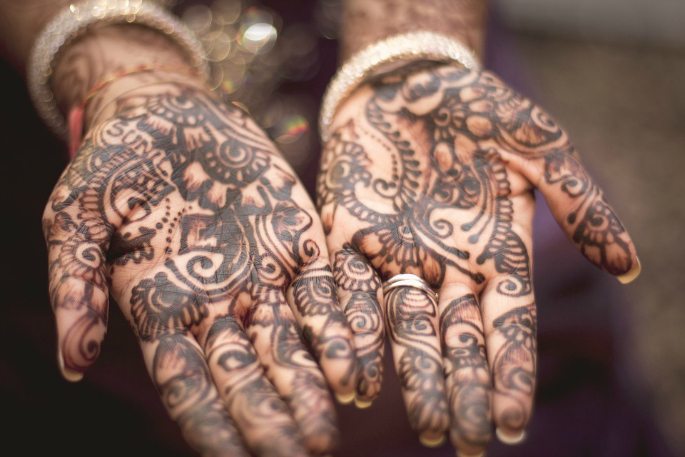 Much of the exploitation comes when a bride’s in-laws will demand a sizeable dowry prior to the wedding.

This can be in the form of jewellery, cash, consumer goods or property. Dowries can also increase depending on the groom’s social status and job abroad.

Refusal of meeting the in-law’s demands can lead to the wedding being broken off – which could lead to shame and dishonour on the bride. As 26-year-old Gauri says:

“My father-in-law…put the marriage ‘on hold’. The wedding venue was changed four times, each time to a more costly place. He wanted a fleet of cars, fancy arrangements for his son.

“He told my parents, ‘We are high-class people compared to you’. He was furious because arrangements weren’t made for a grand reception at the airport to welcome his family when they flew in.”

The bride’s parents are also responsible for holding a lavish wedding for their foreign guests to enjoy. They can take many years to save up for, and even take out a loan to cover the extravagant costs. 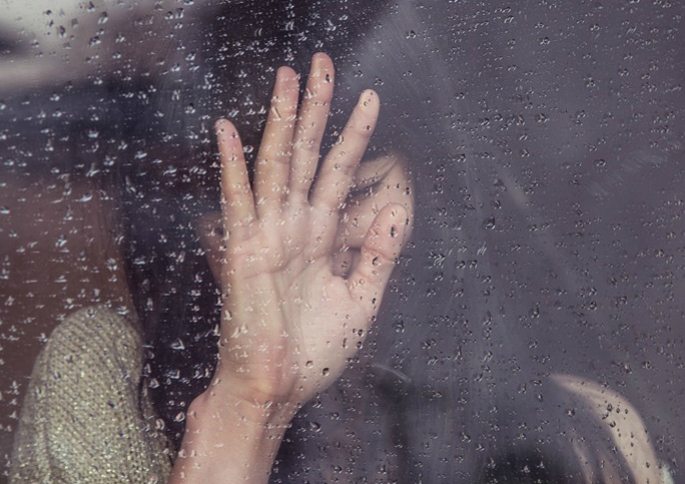 Many of the victims in these sham marriages are subject to psychological, physical and even sexual abuse and rape. After being abandoned by their husbands, many of these women are left to live with their in-laws as domestic servants or slaves.

In Meena’s case, she faced both verbal and physical abuse from her husband because she had limited jewellery and a small dowry.

Manju, 31, admits that her husband stole the jewellery and money given to her by her parents. She faced violence from both him and her mother-in-law:

“They used to beat me almost daily. My husband used to beat me with a belt, hanger or whatever was at hand. My mother-in-law would also beat me. After almost a month, my husband left for London.

“I was under strict watch. Except for cleaning the compound, I was not allowed to go outside, there was no phone. It was as if I was in a jail.”

Bina, 26, adds that her husband was unhappy with her and wanted her to be more like ‘girls in the UK’:

“I started living according to him, but he would complain about my dress, hairstyle, my very persona.”

Some of the women interviewed also faced sexual abuse. Sometimes even under their in-laws’ watch:

“One night when I came home from work, my mother-in-law gave me food and milk to drink and I fell asleep. I don’t know what happened, what was in it, but when I got up in the morning, I found bite marks on my shoulders, breast, neck, thighs and stomach.”

“I had pain all over my body and in my stomach. I called out but no one was home. When I called up my husband, he told me that he had (sexual) relations with me.”

What needs to be done 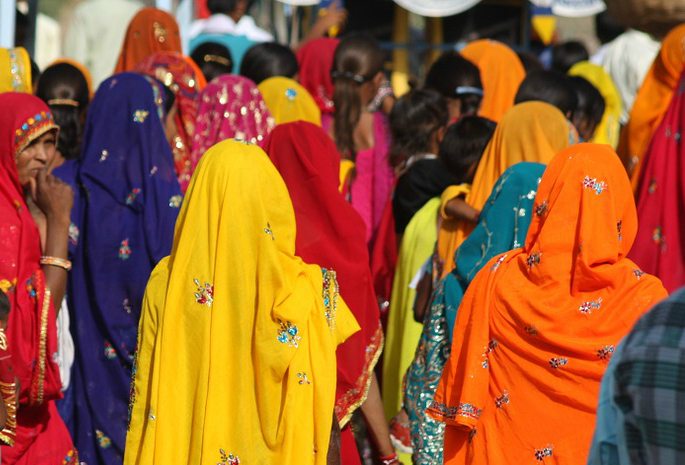 Despite dowry being long prohibited in India under the Dowry Prohibition Act, 1961, many families feel coerced into agreeing to them out of fear of their daughters remaining unmarried.

Dr Sundari Anitha, from the School of Social and Political Sciences at the University of Lincoln, told the BBC that many Indian women fear being abandoned because of the shame it will bring on them and their family:

“The stigma is massive and it even has an impact on other people in the family. So a woman’s sister will find it harder to get married.

“She will find it harder to get a job, she faces financial insecurity and she’s seen as damaged goods – primarily because the assumption is she’s had sex.”

The report outlines the need to protect these women who have been mistreated by their husbands living in the UK. It calls for the UK to recognise these cases as a form of domestic violence. It adds:

“Transnationally abandoned women should be issued with temporary visas to avail the DV (Domestic Violence) Rule and initiate or engage in criminal and family or civil court proceedings.”

It also suggests protection for women should be offered, even if they never travel to the UK.

Pragna Patel hopes that this can offer some form of justice to victims:

“Once it is recognised as domestic violence then all the legal avenues… either to seek protection or prosecution, or other legal remedies, would be available to abandoned women.

“The perpetrators are British nationals. If the British state turns a blind eye or is indifferent to this abuse then it is contributing to this culture of impunity – these men are not held to account by anyone.

“We have to wake up to the fact that violence in transnational spaces is a new and emerging form of violence against women.”

It is clear that these ‘disposable’ women of South Asia who are abused on every level – financially, socially, physically and psychologically – need safe treatment and protection.

You can read the full report by the University of Lincoln here.

Henna is an English literature graduate and lover of TV, film and tea! She enjoys writing scripts and novels and travelling. Her motto is: "All your dreams can come true if you have the courage to pursue them."
Asian Bullying Videos becoming a Shocking Trend
10 Things British Asian Girls Experience