Amid the bras, the periods and the shaving exists the many hassles of being a girl. And for British Asian girls, there is a whole other world of struggles.

Deriving from a South Asian background means living a life filled with colour, beauty and sparkle.

British Asian girls have grown up watching Bollywood and eating spicy food but they’ve also grown up facing dilemmas that other girls won’t have experienced.

So, we take a look at ten things only a British Asian girl experiences at some point in her life!

From the Aaradhya’s to the Raeesah’s, British Asian names of South Asian descent are prone to be mispronounced. Often, it means having to spell them out to non-Asians:

“I’ve heard many different variations of my name over the years, I’m accustomed to it being pronounced wrong now,” says Karishma.

“My name’s not even that difficult to pronounce! But I can see why it would be difficult for someone who isn’t Asian!”

Although it can be annoying, looking at it from a more positive perspective makes it kind of cool to hear so many pronunciations of the same name.

So, having a complicated Asian name can be an interesting challenge, especially for those who do struggle to pronounce it!

Being in a relationship isn’t as straight forward for all Asian girls. Secrecy is sometimes the only way for a relationship to blossom and strengthen, because parents might not be accepting of it.

This can be a tricky situation as it may become difficult for the couple to spend time with each other without raising suspicion. Payal Sanga says:

“You always think someone is going to see you. They might tell your parents because everyone speaks. Coming from Leicester means that everyone knows everyone because it’s a small city. It’s hard to keep anything a secret.”

Although times have changed, aspects of the Asian society haven’t and having a boyfriend is still regarded as wrong by a lot of parents. 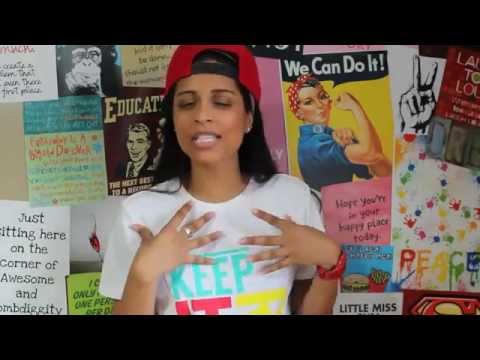 Women are hairy. That’s just a fact. But mixing this with Asian genes means that shaving, threading and waxing becomes even more of a turmoil.

And often, the hair seems to grow back on the same day.

Nikita gets threaded every 3 weeks but says: “Sometimes it feels like my hairs grow back within a few hours! And because our hairs are dark, it makes it more difficult to conceal.”

Being hairy has its advantages, though. Asian girls are known to have thick hair on their heads and those monobrows that were once made fun of eventually turn into greatly shaped eyebrows. 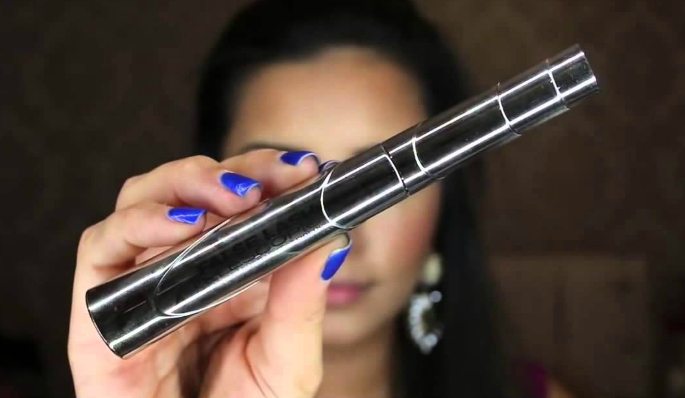 White face or orange face? It can either go one way or the other for many Asian girls when they need to find the right shade of foundation or concealer for their skin.

Drug stores don’t always have the same variety of make-up as high-end brands so spending a little more to match a brown skin tone might be necessary.

Gagandeep Sandhar thinks that: “Some make-up brands refuse to acknowledge our skin tone so we end up looking like ghosts just to cover up our blemishes.

“And when we voluntarily decide to wear light nail varnish, take white for example, it’s ruined within seconds after eating curry.” 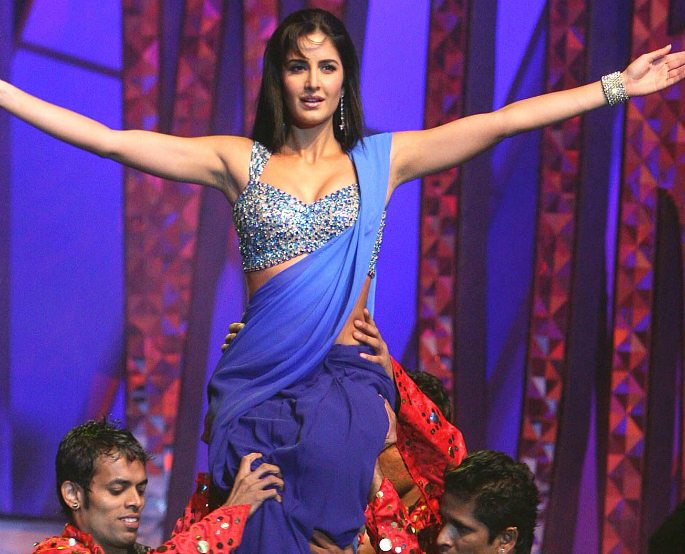 Being able to walk in a sari can take many years of practice – just one wrong step can lead to an embarrassing wardrobe malfunction.

Neeta Patel is 44 and still finds walking in a sari hard: “I’ve been wearing a sari for years now but I still struggle to walk in it sometimes, it’s not the most comfortable outfit.”

And let’s not touch the topic of going to the toilet in a sari because that presents even further difficulties. 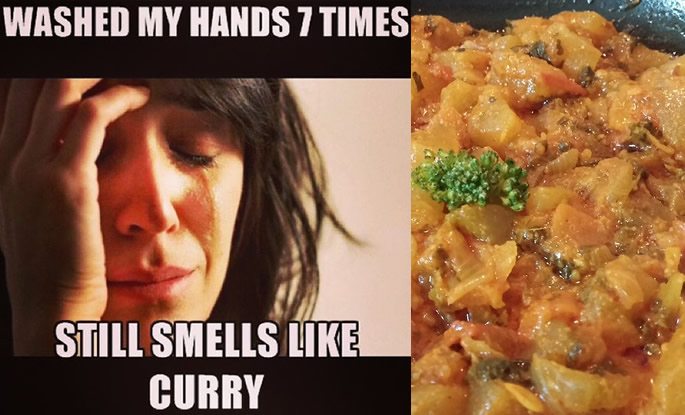 Every now and then, it can be an aromatic scent but for the most part, curry has a pungent and overwhelming smell.

It is vital to make necessary checks before leaving the house to ensure that you don’t walk out smelling like oil or daal.

Sanna Mahmood says: “I always get scared walking through the kitchen right before I have work because my mum’s already cooking food and I don’t want to smell like burnt onions and tadka.

“If I have to, for desperate measures, I tie my hair up, run past and hope that it’s windy outside so I can air out the smell.”

The Ideology of Modesty 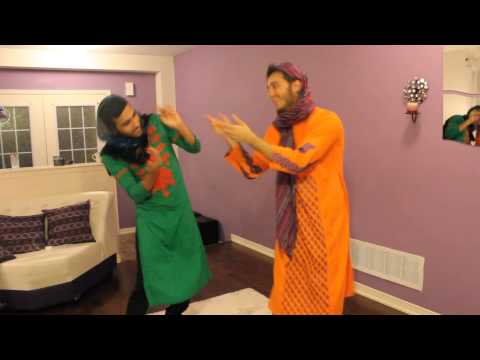 Asian girls can be expected to be timid or coy because this has been the conservative view for them for generations.

Even today, those girls who stay out late, go out drinking or have sex before marriage are judged negatively by other Asians.

Kiran Dontamsetti says: “Asian girls are unable to act in a certain way because they are often expected to be modest. To go out clubbing or to interact with someone who isn’t approved is an instant wrongdoing.

“If a girl has sex before marriage, other people shouldn’t form their opinion about that girl based on that.

“A woman who seeks pleasure isn’t any less respectable and she should be held as highly within society as a woman who believes sex is only for marriage.”

Family honour is often placed in the hands of an Asian girl. Why?

The family reputation is tainted if the girl behaves in a way which is deemed intolerable by the rest of society. But when a boy acts in the same way, it becomes tolerable and reputation isn’t even regarded then.

Saba Azeem thinks that double standards are wrong: “Asian parents allow their sons to go out late and have girlfriends but it becomes a huge deal if their daughters want to stay out in the dark or even have a male friend”.

The younger generations have new and different ideals from the past though which means that traditional thoughts are slowly slipping away.

If an Asian girl reveals that she is studying something creative, she is likely to be met with criticism even today.

Subjects such as fine art, drama or music are less desirable within Asian culture.

“It started out as a compromise; I originally wanted to do interior design or textiles surface pattern. It’s not that they didn’t agree with this choice but I could tell they weren’t happy about it.

“So I chose architecture which turned out to be a great compromise. They weren’t completely accepting of this either at first but after research, explaining everything and finding out whether I would be fit for it, they were really happy.

“My dad especially was saying that as long as you can do it, we’re here for you. Both parents have been an amazing support.”

It’ll still take time before an auntie stops looking down her nose at someone who isn’t doing something more approved such as medicine or accounting but this shows that career options for girls aren’t as restricted as they once used to be.

Asian parents are slowly opening their minds towards creative subjects.

You’re not Getting Married if Your Rotis Aren’t Round

The mum in Bend It Like Beckham famously expresses: “Who will want a daughter-in-law who can kick a football all day but can’t make round chapatti?”

Asian mothers everywhere probably have the same fear – that their daughters won’t get married if their rotis aren’t round or if they can’t cook in general.

“My mum always used to say that I need to learn how to make round rotis because a girl needs to know how to cook for her husband.”

“But now that I’m married, both me and my husband take turns to cook and I’ve made sure my boys know how to cook too because it shouldn’t just be a woman’s job.”

Conventional roles are reversed nowadays though and it’s not always the woman who does the cooking in the household. So the age old thought that a girl can’t get married if she doesn’t know how to cook needs to be let go of. 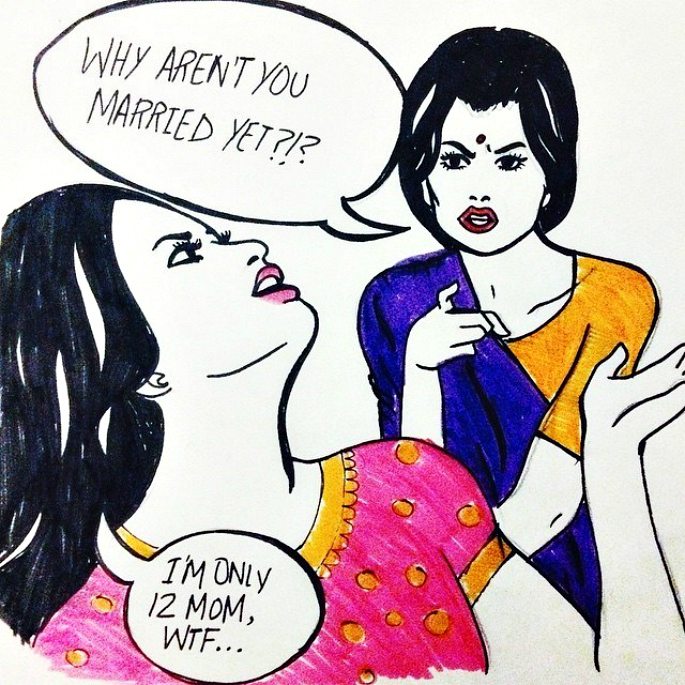 Milk has an expiry date. And apparently, so do Asian girls. If she isn’t married by a certain age, people will assume that she will never find anyone to get married to.

Sarah Harris is an aspiring journalist. She says: “Being a young Asian female, I’m constantly bombarded with the dreaded question when I travel back to Pakistan – ‘Beti, are you married yet?’

“Luckily enough, my family in England understand that South Asian culture is not as practised here and are pretty relaxed about the fact that I want to focus on my studies and career.

“But going back to the motherland is a mission and a half.”

Do Asian girls have an expiry date for marriage? No.

Nobody should feel pressured to get married, whether they are in their 20s or in their 40s; marriage should only happen if it feels right.

Koumal describes herself as a weirdo with a wild soul. She loves writing, creativity, cereal and adventures. Her motto is "There is a fountain inside you, don't walk around with an empty bucket."