Everyone tells you what you must do but what shouldn’t British Asian girls get up to whilst at university? Here are 5 things Asian girls should avoid.

“It’s so easy to see which Desi girls get carried away with the freedom."

There are many things British Asian girls do at university for the first time.

These experiences shape university life and can be anything from meeting new friends, keeping up with studies and going on nights out.

But when it comes to socialising and exposing yourself to new experiences, where should Desi girls draw the line?

1. Forget About Your Studies

It’s easy to forget the main reason for going to university is to get a degree in a specialist subject which will help you go onto your future career and not just to go out, party and drink:

“So many people at university, including myself, got so caught up in the drinking and partying that it felt like that was the main reason for us being there.

“Our lectures and assignments would get pushed far down the priority list until it got too late.

“University will be stressful no matter what, but if you go overboard with the partying it will be a thousand times more stressful than it needs to be, and nobody needs to deal with that,” says Ricky.

However, this doesn’t mean you shouldn’t do these things. They come a close second in the ‘most important things to do at university’ list.

2. Give into Peer Pressure

Everyone will be doing and trying all sorts of new things at university.

It is important not to give into peer pressure and do things you are not comfortable with doing:

“The amount of drugs and things I came across at university was unreal as was the amount of times people asked me if I wanted any hard drugs whilst they were doing them in front of me.

“However, that’s something I don’t agree with. I never gave in even though everyone else in the room was and I’m so glad I didn’t because I know I would definitely regret it if I had.

“You never know what they put in these things these days and it could have ended very badly,” says Rai*.

Make sure anything you do is because you want to, not because everyone else is doing it, no one likes a follower anyway.

3. Get Carried Away by the Freedom

University is the first time most British Asian girls will get freedom, living away from their parents and families.

However, it is easy to get caught up in this and go too far. Having fun is an important part of university life, but it is important to know where the line is:

“It’s so easy to see which Desi girls get carried away with the freedom. Every night out you’d see at least one of them passed out in the club, whether that would be on the table, on the sofa or just passed out in the middle of the club floor.

“Whenever we saw this, everyone would just know that this girl had no freedom living at home. She’d taken it a step too far and it did not look good,” says Jasmine.

You should know by now that Asians have a way of finding out everything, so if you think your dad’s not going to find out about how drunk you got in the SU, think again.

4. Do a Degree Just Because Your Parents Want You To 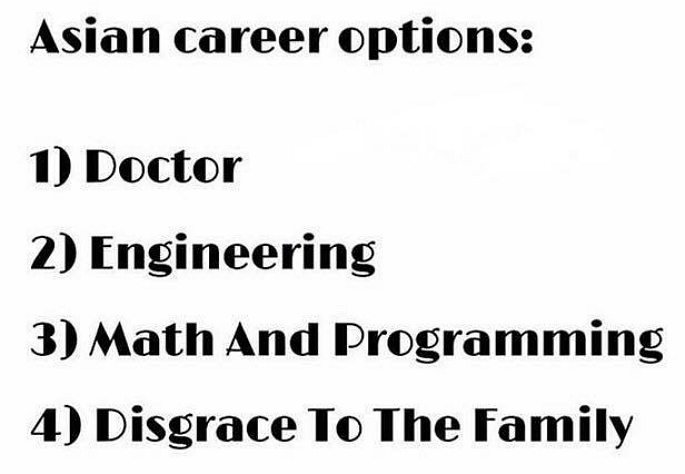 This is a known problem for many Asians, not just girls. Many of them do a degree they have no interest in just to make their parents happy.

However, a degree is for the student’s future, not their parents’.

Although this may feel like the right thing to do, it will definitely turn into a regret later on.

Ria was the only British Asian on her English course and says:

“When I told other Desis which course I was doing they didn’t believe me. It shocked me to see how many Desis my age still had this mentality.”

Forget about Mr Singh’s kids down the road who have all become doctors and opticians. They probably won’t be as happy in their career as you.

5. Stick to the Desi Crowd

It may be easy to stick to the Asian crowd for familiarity, but university is a place to meet different people.

It’s important to  interact with people you wouldn’t normally come across on a day to day basis:

“I met a number of people from a number of different cultures at university. It’s definitely the best place to do it and a lot of them will be my friends for life.”

“I don’t see the point in just sticking with the same Desi crowd and not integrating with anyone else. There are so many stories and experiences you’re missing out on if you do,” says Sandy.

The Desi crowd can be a fun crowd to go out and get drunk with.

But who are you going to turn to for the lecture notes that none of the Asians have because, they like you, were too hungover to attend the lecture?

While university is the time to enjoy new experiences and being independent, there are some things that British Asian girls should be careful of!

Kiesha is a journalism graduate who enjoys writing, music, tennis and chocolate. Her motto is: “Don’t give up on your dreams so soon, sleep longer.”
Indian American Nikki Haley is Trump’s UN Ambassador
Gay Pride Parade colours New Delhi streets in India