DESIblitz spoke to some British Asians about their experience with racism at university and why more people need to speak out against it.

"I got told I’m not an ethnic minority"

Racism refers to any discrimination faced by any individual due to their race or ethnicity.

Higher education in the UK brings together students from different backgrounds. On some occasions, the diversity within universities can take some students back.

People from different cities have to accommodate to the culture of their new town. At the same time, their prejudices and misconceptions are challenged in this environment.

Moreover, a lot of people don’t take nicely to the disruption of their understanding of specific ethnic groups.

A real culture shock can be seen when students of different heritages encounter one another.

Many British South Asians migrate to different cities for university and live in accommodations among unfamiliar people.

British South Asians are a minority in most universities hence they can find it difficult to assimilate.

Experiences of racism can reinforce this feeling as on some occasions, they are singled out by their peers.

Therefore, we spoke to some British Asian students around the UK to get an insight into the racism they face. 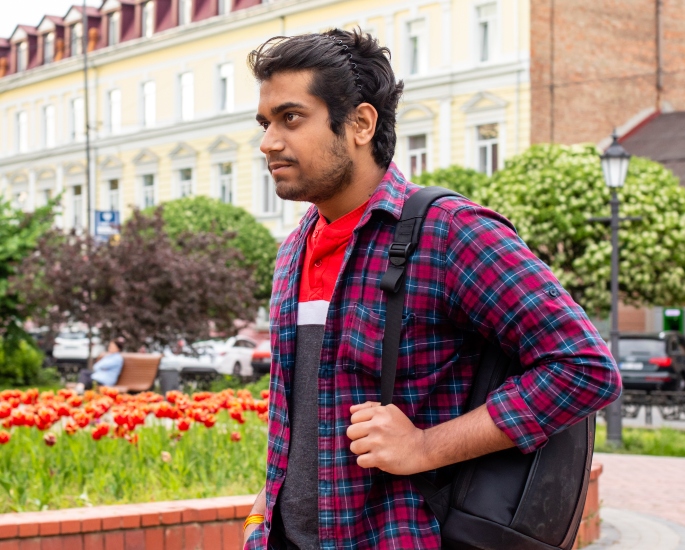 Multicultural communities have heightened in the UK. But, many students still face the same type of discrimination felt by those who migrated over in the 50s and 60s.

“Out of six people, I was the only Asian and the second ethnic minority in my flat.

“And obviously there were the usual micro-aggressions about the food I cooked and the smell of it.”

It is evident from the way Amina speaks that microaggressions related to South Asian food are very common.

This form of micro aggression is an example of racism that British Asians face when at university with their majority white peers.

Whilst this could stem from a lack of knowledge of other cultures, it’s a common trait that comes from a past history of racist remarks.

These not-so-subtle gestures make it harder for British Asians to feel comfortable in their own flats.

However, it is not the microaggressions related to food that Amina expresses distress at.

Her flatmates singled her out and made her feel uncomfortable as they targeted her in group discussions in the flat:

“But what really got to me was when we were having a discussion about ethnicity.

“I got told I’m not an ethnic minority as there are ‘plenty of brown people in the country’.

“After this, I just didn’t speak to my flatmates, only one defended me and she’s the only one I kept around.

“The rest of the time I would spend at my friends because I just felt like true colours had been shown and it wasn’t an environment I felt welcomed in.

“Bear in mind this was during Covid in my first year, everything was closed and we had nowhere else to go.”

Clearly, racism is embedded within some individuals at the university level.

Sometimes, people do not realise their comments can be perceived as racist. Even if it comes from a lack of awareness, it is highly unacceptable.

It is obvious from Amina’s confession that she was made to feel marginalised.

Her flatmate’s failure to recognise that being a person of colour puts Amina at a disadvantage in a majority white country is shocking.

Likewise, it is worrying that only one of her flatmates stood up for her in the face of justice.

The same type of racism was experienced by Younis Kang*, a 20-year-old medical student from Rugby:

“I moved to Leicester for uni and in the first week, my flatmates joked with me about having curry every other day.

“They said ‘how can you eat all that spice?’ and told me to sleep in the bathroom because I’ll be on the toilet all night. It was kind of degrading.

“Even my other Asian flatmates would laugh with them and that’s the issue. No one talks up.”

“Yes, they were joking but that comfort to joke about someone’s culture comes from a time when my parents and grandparents faced racism. Nothing’s changed.”

“I’ve been in London my whole life and never experienced racism. But my flat was full of people from other cities – which I was excited about.

“But the first night out, they didn’t even invite me out because they thought Asian girls aren’t allowed to go to clubs or bars. I found it hilarious because what type of thought is that.

“I came out dressed up and it was as if they were shocked I was wearing a dress and heels.

“So, I went around campus and met some other freshers, I even told them about what happened and they were as shocked as I was.

“They were more backwards than all the Asians I’ve ever met.”

These sentiments are difficult to understand.

Especially after the BLM movement caused a public outcry and forced many to educate themselves and understand differences in culture, upbringing and privileges.

These experiences may seem minor compared to racial attacks, but these types of remarks are more lethal.

It’s a type of underlying discrimination that is passed on through families because it is not the hateful type of racism that people are accustomed to.

The degree to which racism affects British Asians is clearly seen.

For Amina, her friend’s house became a safe space rather than the accommodation she paid to stay in. Covid-19 enhanced the isolation she faced during her first year at university.

Additionally, Laila and Younis were both taken back by their interactions. But undoubtedly, it would’ve impacted their university life negatively.

A Lack of Knowledge 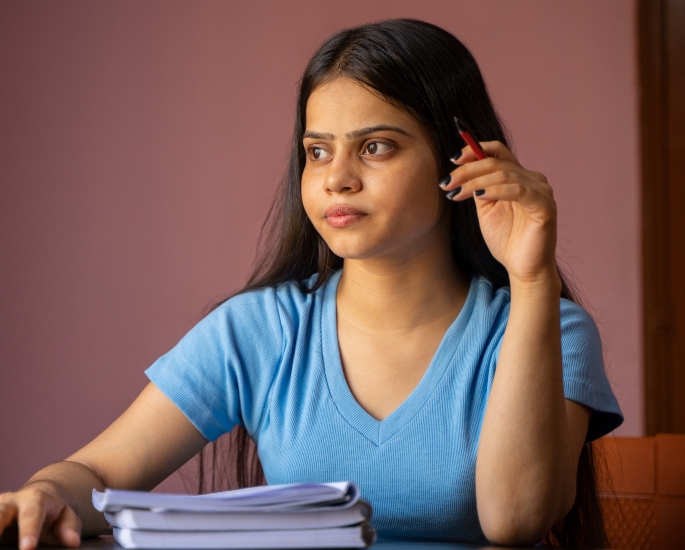 Whilst it’s tough to deal with microaggressions, a lack of knowledge from others is difficult to navigate for British Asians.

But there is also a lack of awareness from the institutions themselves about how to combat this issue.

Alisha Bibi*, another Birmingham student had a much different experience to share:

“My university is pretty mixed. So, we don’t really get much racism here.

“But I know some of my mates that have it really bad. They go to universities where brown people are pretty much non-existent in both lecture halls and accommodation.

“I feel bad for them and the universities don’t do much to help either. They all hate going uni.”

It can be understood from Alisha’s statement that racism is more predominantly seen at universities where there is a lack of diversity.

She highlights that her friends who do not attend diverse universities end up as victims.

Evidently, this is a worrying statement illustrating that not enough is being done to educate students. This is especially concerning in the modern day.

It is important that universities do their bit to protect minority students like British Asians who are made to feel inferior in these settings.

RJ, a student from London emphasised this point:

“I didn’t know how to react when I realised.

“In my first year, when we were doing the induction session, the guy next to me said, ‘where are you from?'”

“I told him Manchester, but he said, ‘no where are you really from?’

“That was kind of shocking, but it was just that one incident. I’m doing my master’s now and that’s the only incident I remember.

“There’s always a few of them s**** everywhere. You just have to ignore it.”

RJ expresses an unwillingness to educate his peers on why that question is racist. It acts as a disguise that assumes South Asian people don’t belong to the UK, even if they are born here.

Feeling the same emotions is Danesh Patel*, a history student in his final year at the University of Liverpool:

“I was out with my friends and this group of lads went past. One of them barged into me and said ‘sorry Mohammed’.

“I stood there confused and said ‘that’s not my name’. He then replied ‘you all look the same so f*** off home’.

“My mates were behind me and after I walked off, not one of them understood or consoled me.

“At the time I shrugged it off myself, but think about all the times this guy has said that or thought that about someone. Where’s he getting educated?

“A better question, who taught him these things in the first place?”

Danesh’s annoyance at this stranger’s ignorance is far too common for British Asians across the UK.

Sisters, Sharon* and Bally Lakan* who both attend Newcastle University had similar interactions:

“Most people in Newcastle are amazing! But, every now and then we get looks around the city or when we go out.

“It was worse in our first year. Girls would wear fake tan and then turn to us and go ‘I bet you never have to worry about this’.

“Boys would be shocked when we said we were half Indian and Pakistani.

“Then people would try to ‘joke’ with us and say ‘aren’t you supposed to wear saris to parties?’.

“People don’t understand how overwhelming that is to face. You don’t have anyone to turn to and everyone thinks you’re dramatic if you speak up.

“Luckily we had each other because I don’t know how worse we would’ve felt by ourselves.”

These unnecessary comments are what anger British Asians more because others lack a sense of their feelings.

Whilst asking someone about their culture is encouraged, if it comes from a place of complete disregard, then it’s bewildering.

Resources and articles on racism are widespread and can be accessed easily.

It is not an ethnic minority’s total responsibility to educate someone just because they don’t know any better.

There has never been an excuse for racist sentiments and there won’t be in the future.

A 2020 YouGov study on whether BAME individuals believe the UK is racist showed some horrifying results.

With the consensus having only dropped by 2%, this result speaks volumes.

Whilst this study does not refer to individuals experiencing racism at university alone. It is apparent that most BAME individuals have experienced some form of racism.

The YouGov study also reinforced RJ’s experience. 74% of the BAME individuals were asked at one point in their life, “where you’re really from?”.

The racism British Asians feel at university is a reflection of racism in wider society.

But this needs to be tackled at a much younger age when children are in primary and secondary school.

It is here where they learn certain behaviours and/or thought patterns that manifest and are exposed at university when around ethnic minorities.

A Change is Needed 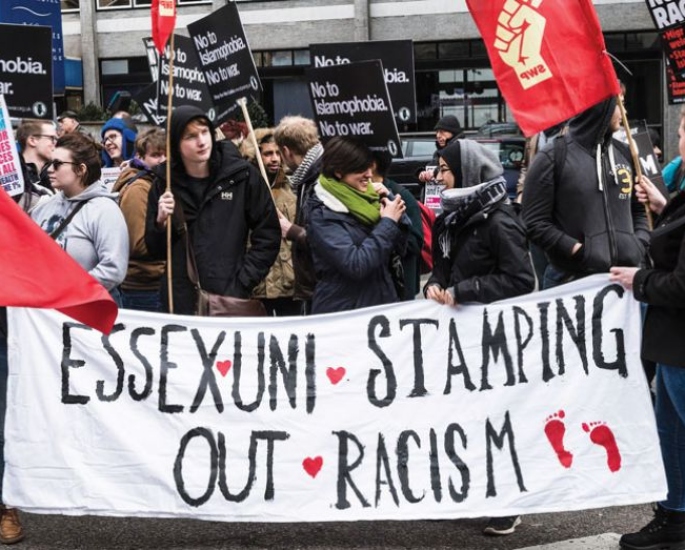 Instead, these incidences demonstrate that university is a setting where racist ideologies can be perpetuated.

It is mandatory that universities do more to protect these individuals.

Accommodation should be a safe and healthy space for all students rather than the minority group.

Comments like those given to the British Asians we spoke to cannot be ignored just because it is a ‘minor’ form of racism. Racism is racism.

All individuals must educate themselves on race matters in the UK for there to be a more inclusive landscape at higher educational institutions.